Living in North Carolina has its drawbacks: cops are always busting for small fries given the low crime rates; unless you live near a major city, you have to make your own (often illegal) fun; cool events like Lollapalooza are a thousand miles away from you. This year, the Tar Heel State somehow attracted Insane Clown Posse (ICP), so for the sake of my dignity as an author here, spare me — boredom’s a bitch. The Detroit rap-rock act claim the Bang! Pow! Boom! Tour was, in part, a way to bring a taste of things like Hallowicked to a nationwide Juggalo fan base. North Carolina is listed twice on its itinerary, and this was quite feasibly my best visit to Charlotte since Ozzfest 2007. After a half-hour being lost in downtown one-ways and debating with a hesitant and disrespectful venue staff, my photographer and I stepped into Amos’ SouthEnd and awaited the return of the Dark Carnival. 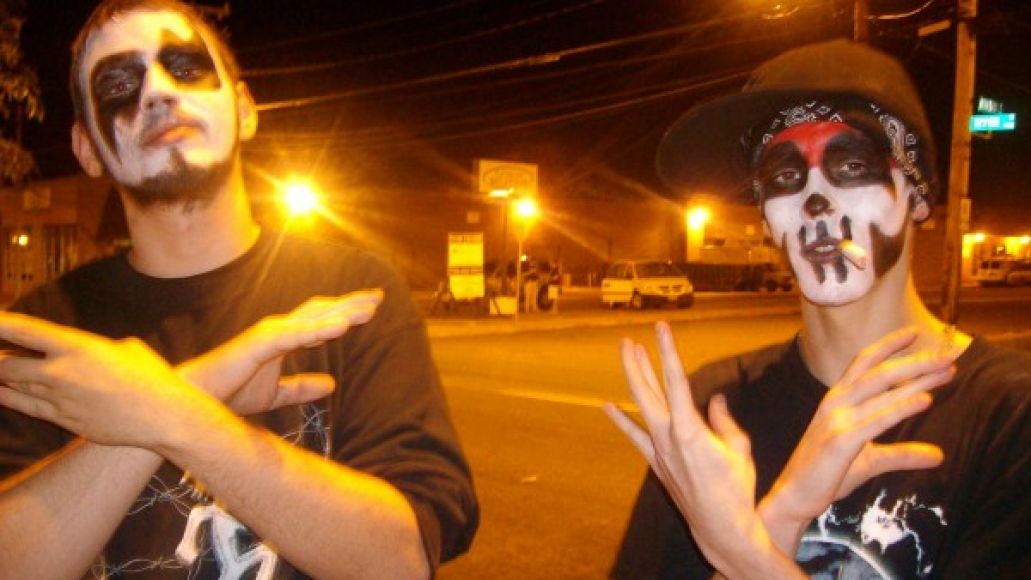 The line outside SouthEnd along Tryon St. was a bit of a low-key gathering in its own right — countless fans in clown paint and Psychopathic merchandise littered the sidewalk (quite literally). SouthEnd being a non-smoking venue due to recent law changes, everybody outside palmed menthols relentlessly, and so it began.

A label known as Suburban Noize hoists up its own rather well; the most successful of this alumni are Kottonmouth Kings, and while due respect is given, October 13th belonged to “stoner rap thrashers” (hed) p.e. The majority of what we caught on stage consisted of banter from vocalist Jared Gomes as he hyped the crowd with braggart speeches about how cool his chick is to watch MMA matches with him, or how screwed up it is that weed is illegal but “they’ll let you drink ’til you throw up.” Donning face paint as a sign of respect to the headliner, (hed) p.e. rocked out to anything that would get the crowd’s attention pointed at the stage. This is how braggadocio operates, everyone…cocky as fuck, and no shit from anyone. 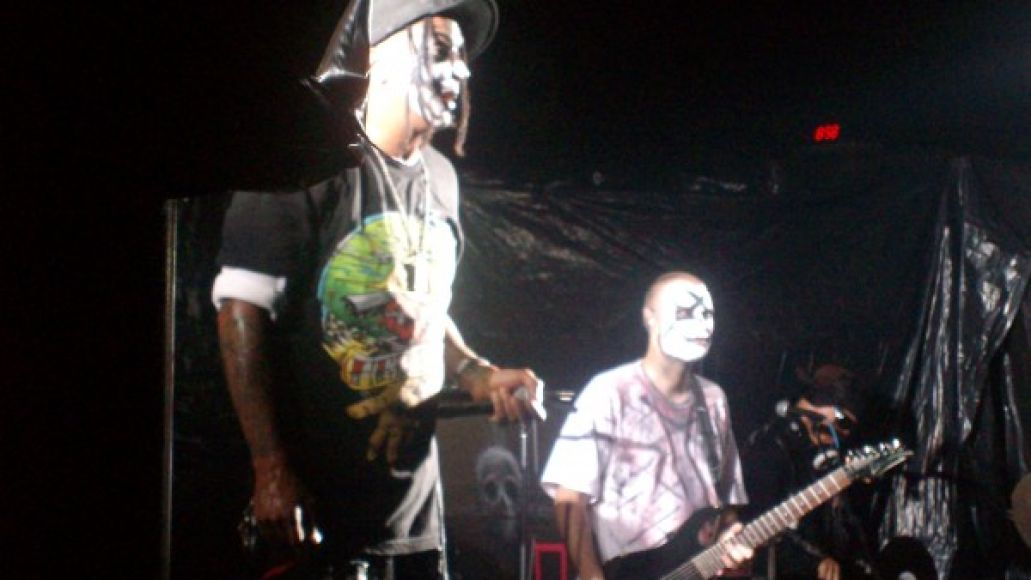 Distortion drowned out most of Gomes’ sung vocals, and ruined some melody on guitar due to overpowering bass fuzz. Barring technical flaws, the audience loved (hed) p.e. and there was no shortage of excitement amongst the family. Hot off the heels of a previous tour with Mushroomhead, and an appearance at this years Gathering Of The Juggalos, exhaustion visibly wore members down, but they took it like a champ; DJ Product kept to himself, scratching the night away, and a performance of “I’m Still Breathing” transitioned onlookers from concert to house party from hell (in a good way).

ICP’s latest album, Bang! Pow! Boom!, was quite frankly a party record with a little less murder and mayhem than previous installments. While said album is indeed a shitload of fun for listening to, a live showing is another beast entirely. A ringmaster entered the stage to greet us with a carny spectacle, as backup “dancers” with clown masks brought out stack upon stack of Faygo — the “official soft drink” of hatchetmen and women. 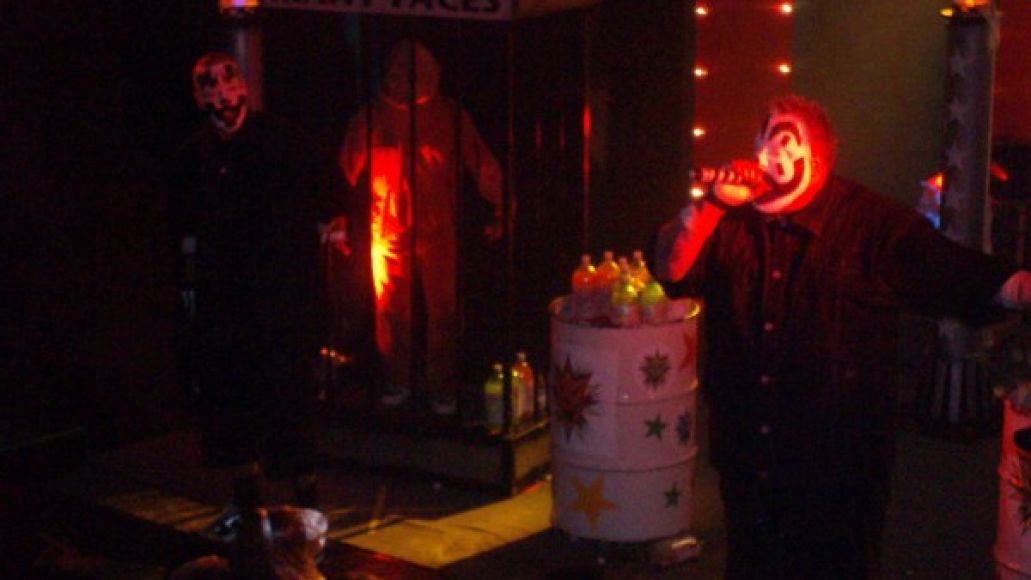 Fan favorites (“Chicken Huntin'”, “Tilt-A-Whirl”, “Dead Body Man”) to standard B!P!B! plugs were given optimal facetime. Service never let up, and the party was constantly moving. No one in the room was having a bad night, no one missed a beat; there was crowd surfing, stomping, signals came out, and we all knew the Wicked Clowns were back for more chaos. As previously stated, this was a house party from hell — plenty of tracks were displayed with teenage vigor, a good draw even to my personal favorite record The Amazing Jeckel Brothers. Granted, were the set list containing Riddle Box‘s revenge tale “Toy Box”, some “House Of Horrors”, or perhaps some  “Mad Professor”, the night could round out much better, but all in all…fresh.

Coincidentally, this particular tour stop was also Shaggy 2 Dope’s birthday, so we here at CoS send out a tipping of the hat (in my case, an always classy middle finger) to our favorite serial-slaughtering rock star. The evening had a slew of interesting moments: a rendition of “Happy Birthday” for 2 Dope, an impersonation of Michael Jackson segueing into Bang! Pow! Boom!‘s “To Catch A Predator”, Faygo breaks, stage skits meshed into a performance of “Mr. Johnson’s Head”, and a most remarkable  and memorable inclusion of Jeckel Brothers classic “Fuck The World”, featuring a guest appearance by Colorado’s Hatchet House rap duo, Axe Murder Boyz.

The concert ended with a gathering on set for explosions of confetti and cola for the audience — a fitting finale for a party to remember. Now, I need to wash my shirt and hair before this sweat and soda make me look like a giant peach. The only thing missing was legal weed, and we’d have all been good to go (none of that K2 potpourri garbage, either) 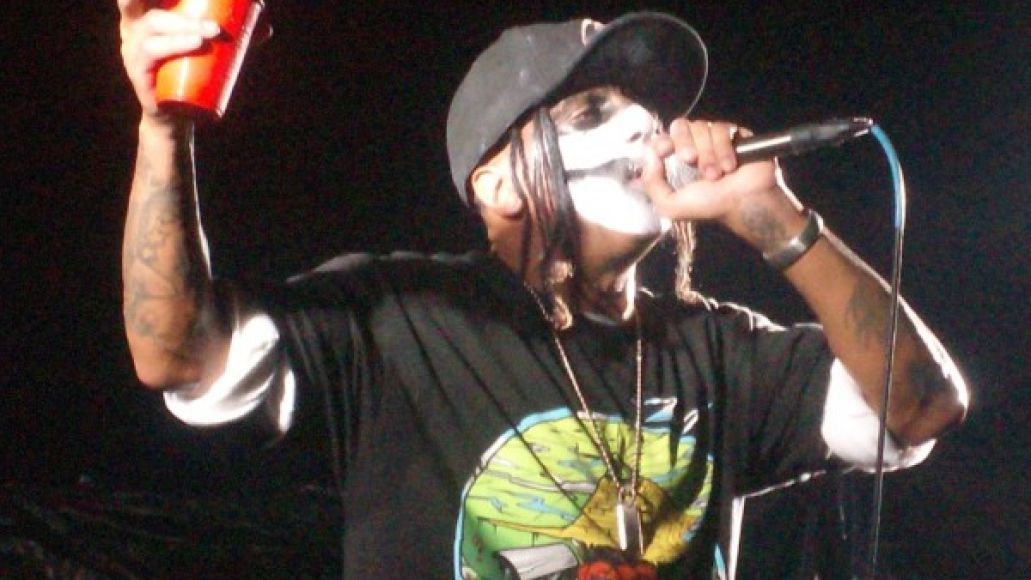 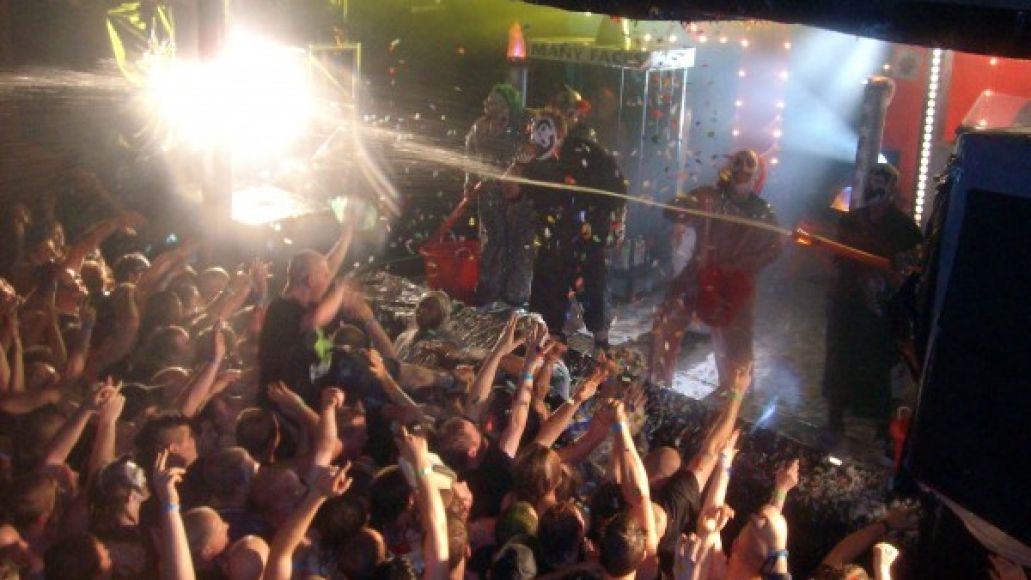 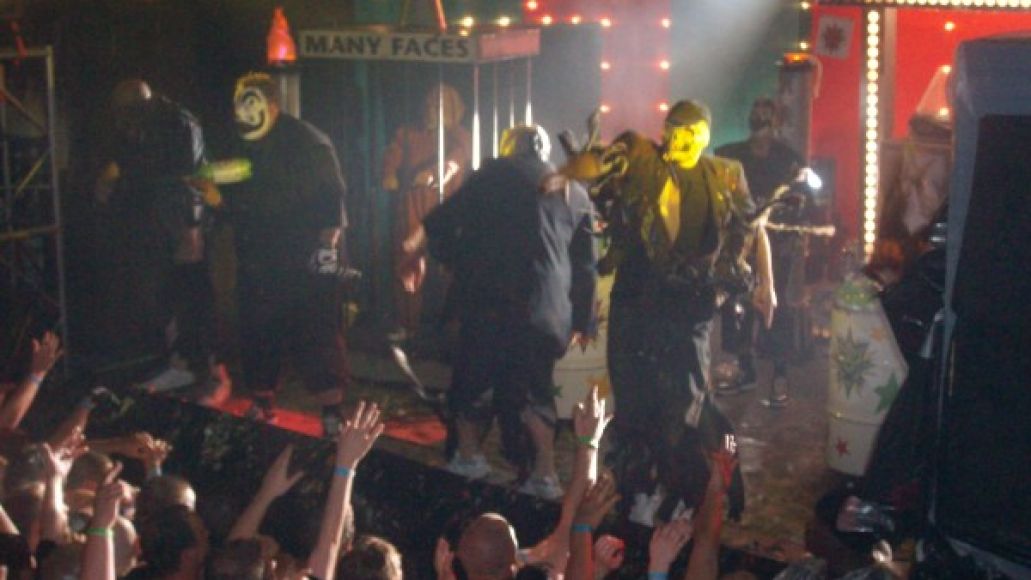 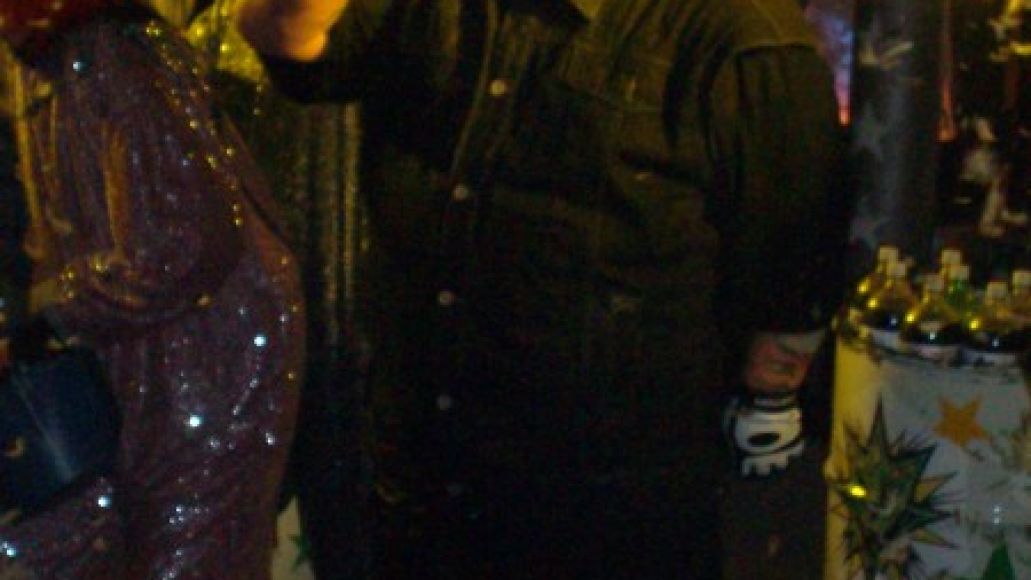