London is musically a very, very special place. The best bands play one of the huge arenas, whilst those finding their feet navigate the pubs and underground festivals of Camden and Shoreditch. London tour dates are crucial, as there are always influential people in the audience; tonight, I shared the front row with someone from musicOMH and the Times.

Cargo played host to a triple bill on Monday night, the famous graveyard slot. The performing venue is surprisingly small; the restaurant and bar take up much of the available space, with the performing space crammed into a small section of the building. It’s tiny, accommodating 200 people, a bar, and an impressive PA system.

Each act had 50 minutes to demonstrate their worth, though this night was all about one man — James Chapman, also known as Maps. The buzz surrounding this guy is huge — his debut We Can Create was nominated for the Mercury Music Prize with good reason, and follow up Turning The Mind is set for a US PR push in the coming months.

Before his set, we had to endure an admittedly inventive acoustic solo set from It Hugs Back‘s singer and an experimental offering from Banjo Or Freakout. The latter, a one man band, worked his way through the numerous pedals, pads and loops to create heavy soundscapes. The potential is there, but his set was utterly eclipsed by what came next. We knew it, and so did he.

The pure volume of Maps’ gear kept me under the false illusion that the original line up of three remained. Having seen the band only 200 metres away at The Legion in May, I expected a three piece. Only two people arrived. It is worth noting that their sound has been similarly streamlined. 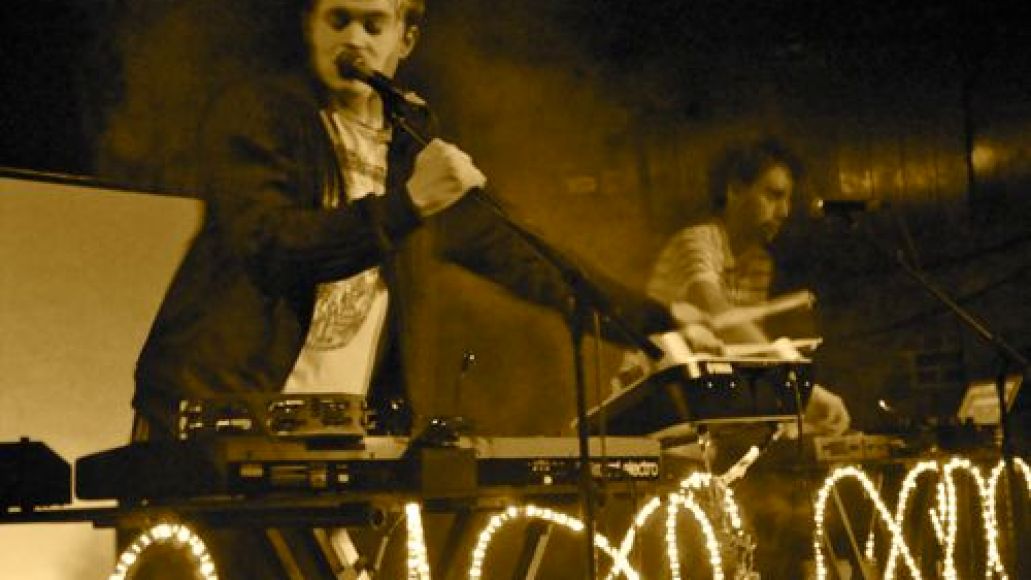 They launched straight into the set with Maps’ best track to date, “It Will Find You”. The song is clean cut- dense percussion, synths and effects pedals to the max. Chapman is a creative genius, mixing his potent lyrical and musical talents to true spine chilling effects. Unfortunately, about 15 seconds into the first song, feedback began to wail out of the PA system. Chapman turned all his dials down and moved to another synthesiser, frantically trying to fix the problem. The levels were completely out of sync.

On the second song, “Papercuts”, more problems emerged. “I don’t have any monitors…” he called to the techies. The vocals were lost in the mix, and Chapman was trying everything possible to fix the problems from the stage. The roadies looked on, before finally springing into action. By the third song things were finally balanced.

Current single “I Dream Of Crystal” was suitably dramatic, with vocoder effects and an electronic drum breakdown. Chapman is a strange guy, but he’s totally at ease in his skin: it became a running joke of sorts. Explaining forthcoming single “Die Happy, Die Smiling” he said “This song is about murdering your ex-girlfriend… I have recurring dreams about it, and I’m not sure if they’re re 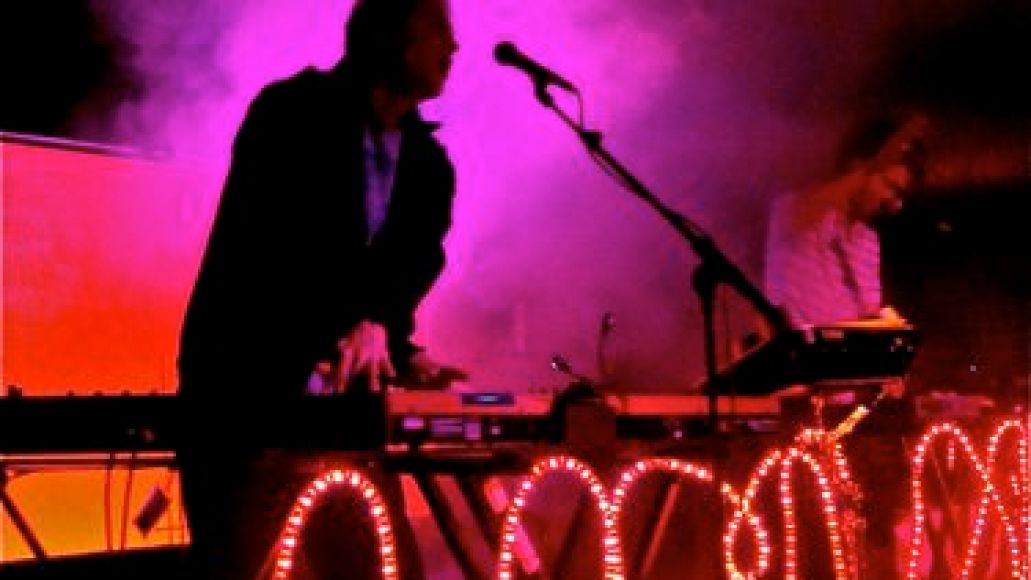 al. Have any of you ever dreamed about this?” to which someone replied “I’ve already done it!”. “Well done, mate” Chapman replied.

The set also featured some of his older work, drawing from the 2 EP’s which preceded his debut album. “Back And Forth” a firm fan favorite, segued into “Let Go Of The Fear”, a straight dance dub. That is, barring the minute long soliloquy… A clearly unplanned encore of “Valium In The Sunshine” was a slight anticlimax, as the song was one of his more lightweight choices. “We haven’t rehearsed this at all, but what the hell, let’s play it”. It was impressively brave of them, but they pulled it off.

Tonight, everything seemed to conspire against the band. In what was a true test of patience, Maps came through the other side. “My Mum & Dad are here to see me, and everything’s going fucking wrong”. Worry ye not, James. On the evidence of tonight, they will be very proud of you.