The day has come for prolific mastermind and one of Rolling Stone’s “Greatest Guitarists Of All Time”, Omar Rodriguez-Lopez, to release his latest solo project yet. Earlier this year Rodriguez-Lopez graced the world with El Grupo Nuevo’s Cryptomnesia, and on the 10th of this November, Xenophanes will be unleashed upon us. Europe, however, already received their digital copy back in September (the 28th to be exact), via Rodriguez-Lopez Productions. 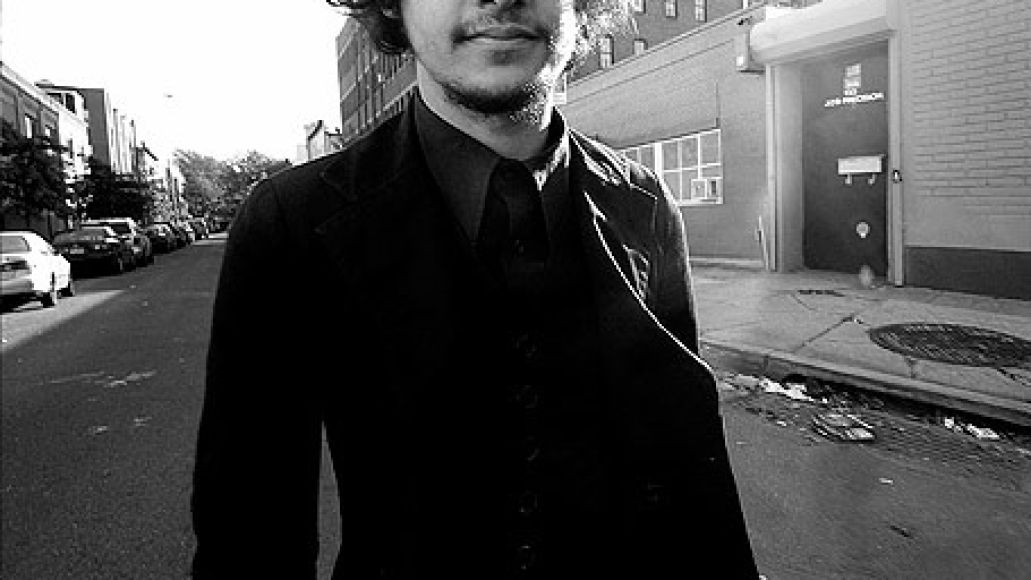 The US/THEM Group calls Xenophanes Rodriguez-Lopez’s “most melodic and revealing album to date.” That’s saying a mouthful, since the Maestro makes more music in a year than most bands make in five. Or eight. (Or ten.) Judging by “Mundo De Ciegos”, the first mp3 to come off the album, its melody is definitely jazz-heavy and a bit cleaner. This might be easier to follow than past works. That is, if the mega-progressive, Volta-heavy experimental tunes don’t sit well within you. The slick guitar solos and mood shifts are never missing, though.

The entire work is sung in Spanish, which is fitting given that it’s Rodriguez-Lopez’s first record recorded at his studio compound in Zapopan, Mexico. The new twist is -– catch this: Xenophanes is the first to feature Omar Rodriguez-Lopez on lead guitar… and lead vocals. Backing up his smooth pipes and morbidly seductive lyrics is accomplished Mexican singer Ximena SariÃ±ana. Along with bassist Juan Alderete, drummer Thomas Pridgen, and keyboardist/percussionist Marcel Rodriguez Lopez (all borrowed from The Mars Volta), SariÃ±ana completes the “unpredictable, emotionally-charged compositions” that Rodriguez Lopez strew across this new, passion-fueled album.

On this record, Rodriguez-Lopez reveals a side of himself rarely seen on prior works. Integrating his own vocals allows him to showcase himself as not just the composer musician, but also the imaginative man. Named after a 5th century BC Greek Philosopher, Xenophanes is the story of a woman’s eleven lifetimes, replete with shamanic and psychedelic symbolism and self-discovery. Leave it to Rodriguez-Lopez (or his long-time artistic cohort, Mars Volta frontman Cedric Bixler-Zavala) to incorporate a dark and spiritually intense back story into any musical endeavor.