Between a tour of Australia, playing curators at All Tomorrow’s Parties, headlining Primavera Sound, and a four-night stint in New York City, Pavement‘s 2010 reunion is already on the realm of being an extravaganza. But as Consequence of Sound can exclusively reveal, fans of Stephen Malkmus, Bob Nastanovich, Scott Kannberg, Steve West, and Mark Ibold haven’t seen anything yet.

For the legendary outfit, which will be reuniting some 10 years after that final 1999 performance at London’s Brixton Academy, 2010 will include dates across the globe, a few high-profile festival appearances, and the reissuing of one classic album. In other words, 2010 will likely go down as the year of Pavement. But, why? Why now?

“It was just the right timing basically,” explains guitarist Scott Kannberg, the man known in Pavement circles as Spiral Stairs. “We’ve had offers coming to us for the last few years, but everyone in the band was not ready to do it. The anniversary definitely played into it. 10 years went by pretty quick… didn’t feel long at all. Everyone was busy doing their own projects and time just went by I guess.”

But ultimately, as Spiral notes, it was something else that proved to be the deciding factor.

“I think Pavement has become bigger in the last 10 years than ever before and I think we owe it to our fans to give them one last chance to see us. A lot of fans never got to see us.”

Those fans will have their opportunity beginning March 1st, following a month worth of rehearsals in Portland, Oregon, when the band launches a seven-date tour of New Zealand and Australia.

“I’m getting married in Australia right after the oz shows,” Sprial explains. “Japan will follow. Some U.K. and Europe shows after.”

As we now know, those U.K. and European shows will include appearances at All Tomorrow’s Parties (May 14-16) and Primavera Sound (May 27-29), as well as a return to the Brixton Academy in London beginning May 11th. More dates have yet to be announced, but according to a source with knowledge of the band’s plans, these will take place at “larger size” venues and feature sets heavy with “hits,” or at least as close to a hit that a Pavement song can be (think “Cut Your Hair”). That being said, the band will likely incorporate a few “new songs,” described as previously unreleased from the Twilight Era… but more on that later. 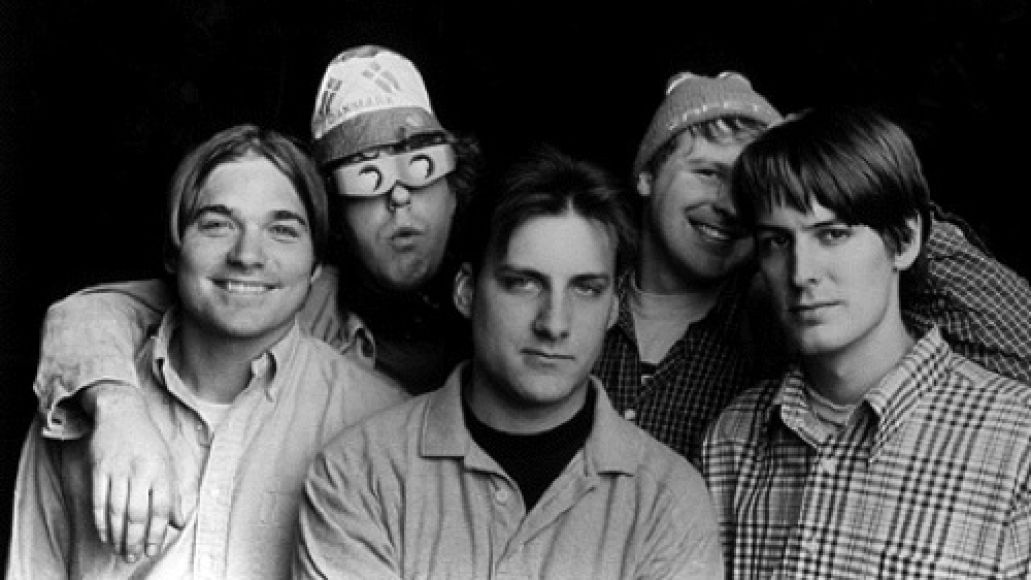 After Europe, it’s on to the U.S. for more tour dates, again at “larger size” venues. The band is also plotting appearances at two major music festivals (because of ongoing negotiations, we were asked not to name name), though a similar curating spot at All Tomorrow’s Parties’ New York festival is not in the plans. And yes, ladies and gentlemen, these dates will in fact mark Pavement’s final performances ever.

Now, on to that part about “new songs.” As Spiral went on to note, a few previously unreleased songs from a certain forthcoming release could find their way on to the setlist.

“We’ll be doing a Terror Twilight [re-release] at some point,” explains Spiral. “There’s not many extras from around this, but I’m sure it’ll be a great package as all the others were.”

“We’re also doing a best of compilation,” he adds.

But, as the legendary guitarist concluded, whatever the future may hold, Pavement plans to remain, well, Pavement — the same secluded rockers who have no problem mooning a crowd.

When asked if he views Pavement as the current “face of indie,” Spiral responded saying, “Nope… and it’s sort of unfair that we’ve been labeled that. We don’t believe it.”

Instead, he’s much more content discussing the prospects of a Gary Young handstand at some point on the tour. “I hope so,” he answered.

We hope so too. But then again, based on what he’s promising, there’s hardly any room for guff.

On October 20th, Spiral released his solo debut, The Real Feel, via Matador Records. Ahead of Pavement’s reunion, he plans to support the album with tour dates early next year.

Edit: Because of the band’s ongoing negotiations with the two aforementioned U.S. festivals, we were asked to amend the article to eliminate any names and references. We will update you as more info becomes available.

The Pavement Reunion: Who, What, When, Where, and Why