Remember that kung-fu ninja exploitation back in 2003, Quentin Tarantino’s Kill Bill? Now, do you recall the scene where Uma Thurman grabs a sword and kills about 88 people? Apparently Jack White does. That explains why his latest video for The Dead Weather‘s blues-lounge thumper “I Cut Like a Buffalo” is stuffed with rich, sensual colors, artsy shadow work, and a strange concoction of spaghetti-westerns, 1960’s psychedelia, and yes, 1920’s film noir. But that’s Jack White for ya, who directs and stars in the new spellbinding clip. 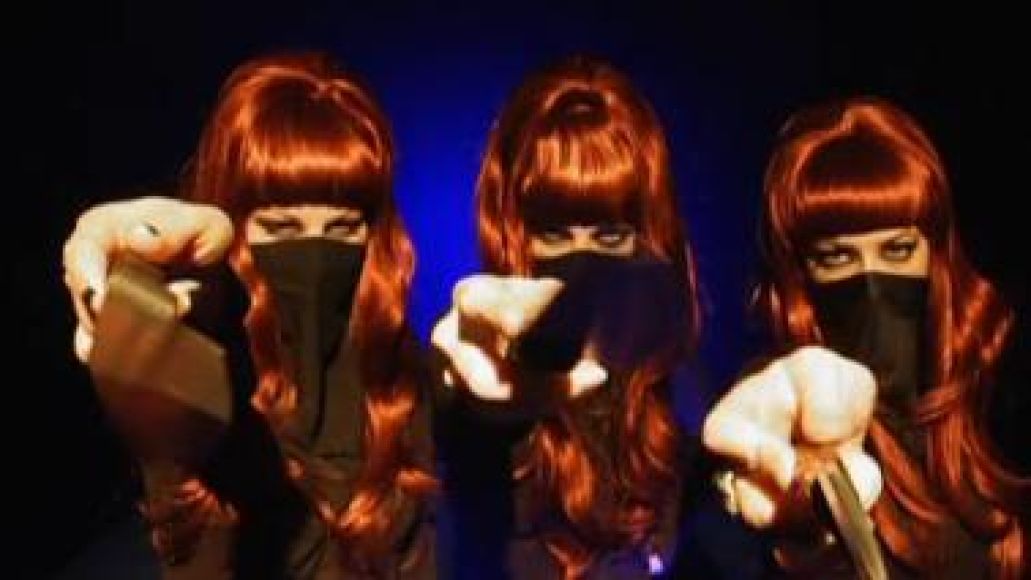 If you’re familiar with the track, off of this year’s lush and sexy Horehound, you’ll know that the wailing organs, jabbing guitars, and zombie-like drum beats merit all the mysticism. But still, nobody expected a video this fucking weird — at least not one where White channels a rodeo announcer, some buffalo heads are eerily dragged about, bowler hats and hula hoops are back in style, and gypsies do their own thing. So, what do we gather from all this? Well, if we’re ever in need to fillet some buffalo meat, look no further than to some butcher knife-wielding gypsies. Yeah, this could easily be a Tarantino-directed clip, but it’s not. It’s all from the man himself, Mr. White.

Which begs the question: What’d you do with the rest of the band, Jack?