In one way, I like to think of Kathleen Edwards as the female Neil Young. OK, Edwards is prettier, younger, slimmer, and to my knowledge has only ever recorded one guitar solo of her own, while her male compatriot is of course famed for his massively extended live ones. But they share much commonality of spirit. It is her view of the human condition, and how she expresses it lyrically and in music, that puts Kathleen Edwards right up there.

Kathleen Edwards is Canadian but with diplomats for parents, living in Korea and Switzerland for some of her formative years. Maybe this is where both her sense of yearning and themes of homecoming take their roots. She’s been a working musician since high school and it shows in the depth of her writing and her fully polished live performances. Edwards is essentially a storyteller in song and embraces country music sensibilities but takes them to a wholly different plane. Her 2008 landmark album Asking for Flowers is as close to perfection as it gets with her individually great and distinctive songs which are performed with incredible skill by the singer and her assembled cast of seriously accomplished session players (mixed in with her touring band members). Asking for Flowers follows her 2003 debut, Failer and her 2005 followup Back to Me, both of which rightly came in for good reviews. 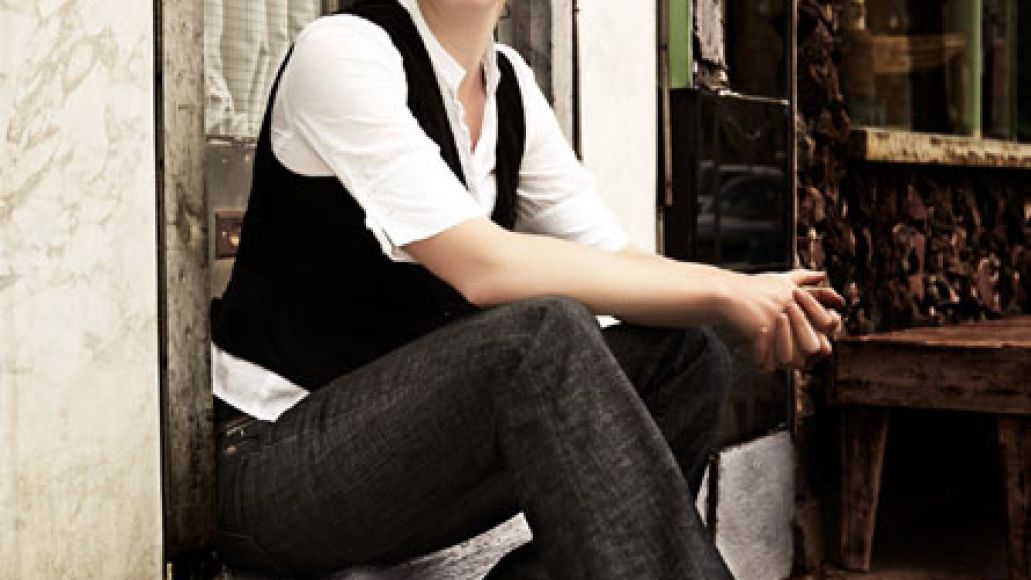 Despite critical acclaim from quarters including Rolling Stone and the NY Times, Edwards has not yet reached the level of public awareness that her talent deserves. “You’re the buffet, I’m just the table” as she says in the acerbically observed “I Make the Dough, You Get the Glory” on Asking for Flowers. The album is lined with wall-to-wall jewels, from the evocative opener, “Buffalo” to the sublime finale of “Goodnight California”, so much so that picking out any more individual tracks seems unnecessary. Just listen for yourself.

Kathleen Edwards’ biog on her website reveals a steely personality and desire to succeed. She tells the tale of having to take a 13 hours Greyhound bus trip from Canada to New York City to appear on the Late Show with David Letterman on the eve of the release of her second album, after a big storm closed all NYC airports. Her determination was rewarded in the following three years during which she got to open for some household names from Willie Nelson to Bryan Adams, played festivals and the Grand Ole Opry, got a song featured in Cameron Crowe’s film, Elizabethtown, toured Australia and Europe.

How she then got to Asking for Flowers does not require retelling here but is well worth checking out on the artiste’s website. Let’s concentrate on the music. It’s elegiac and infectious in equal measure. Her lyrics are thoughtful and bitter/sweet, yet will suddenly make you smile. There is the sense that she knows when to relieve the intensity of one song by following it with a breezy foot tapper. Her lyrical range is vast and she can revisit the heartache of years past in way that makes it personal yet an accessible experience for the listener. Her voice stands on its own against those more vaunted “country singers” who rule the airwaves. Her delivery is hallmarked by a very individual, almost masculine drawl which brings Neil Young to mind. It’s almost like the rasp has been worked over with a nail file.

There are withered flowers on the cover of Asking for Flowers and decorating the CD inset. They set a sombre tone with an Edwards not afraid to turn her ire on all and sundry, to curse and castigate, but her words seem to turn on herself as much as her subjects. However dark it gets in there, there is always a hint of optimism in her work. And there are the soaring melody lines and great bursts of guitar that provide real redemption.

By her own admission, Edwards aspires to greatness but is also humble enough to recognize she is privileged to do what she does. In her words, “If I didn’t want to be great, I might as well just stay home. And I don’t want to. I’d also prefer not taking the Greyhound bus to Letterman any more.” She shouldn’t worry. With Asking for Flowers, Kathleen Edwards has arrived.