When the new millennium arrived, like almost everything else, music advanced some. A few went above and beyond, others tread warmer waters. But there were those that went all Jackson Pollock on sound, bleeding influences from countless genres into one concoction of unique audio. Houston’s own The Watermarks are one of those bands.

With their new EP, Thoughts Like Bombs, which is currently circulating around cyberspace for free, the sounds and title match perfectly. The band literally sounds like a cascade of artillery. In the first 30 seconds of the opener, “Fast Song”, the music’s intensity feels like a catastrophic explosion. The chaotic drums and distorted guitars increase your heart rate and when the vocals chime in, you know you are being sucked into a musical warzone. It’s the kind of music that sparks your imagination and places you in some sort of thriller or intense chase scene. If this hits the right hands, the boys should expect a call from Tony Scott. 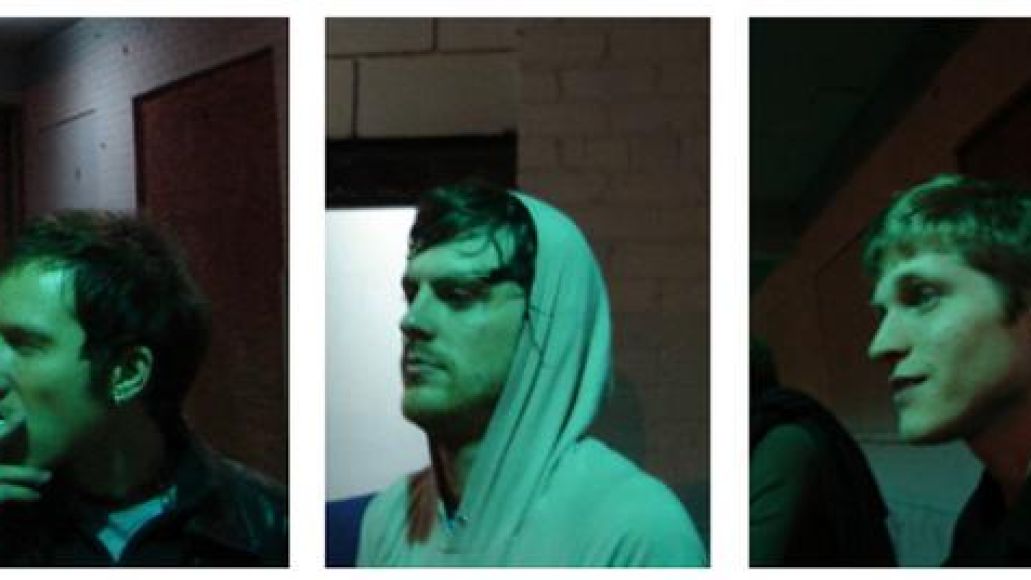 The EP continues to weave through influences. At the midpoint is the happy-go-lucky “Only Rains on You”. Here’s a song that proves the band has enough pop sensibilities to write fun and catchy tunes that are easy to enjoy. Then there’s the last track, a punk/pop/electro crossbreed from the great beyond entitled, “No Answer”. This closer delivers a melodic punch, full of sincerity and longing, creating a truly nostalgic ending to the EP.

The Watermarks are successfully able to maintain a sound that combines elements from post-punk, hard techno, and new wave, all resulting in what sounds like one of Tony Wilson’s Factory bands on steroids. It’s working, too. Already the band’s seen some glory days, picking up shows at the House of Blues or Houston’s Free Press Summer Festival and seeing their song, “I Used To Be Your Rock and Roll”, on MTV’s Styl’d.

At the end of the day, however, they’re just a few smart folks who want to rock and make their mark in the music industry, no matter what scale it may be. Vocalist and guitarist Cesar Inserny says it best: “We’re just a group of friends making songs we like. Passion is the glue that holds us together.” And really, that’s what it’s all about, people.