As part of New York Public Library’s Live! program series, Lou Reed, Maureen Tucker, and Doug Yule made their first joint public appearance together this decade for a discussion/Q&A with Rolling Stone editor David Fricke. A vinyl recording of “Heroin” opened the evening before the three Velvets took the stage to a thunderous, standing ovation. Despite the energy, however, the opening minutes proved to be a bit awkward, with Reed and Tucker responding to most of Fricke’s questions with one word answers. Fortunately, comfort would set in, as would stories ranging in topic from Andy Warhol to the band’s first gig in a New Jersey gymnasium.

Particular highlights included Reed’s impression of Warhol, which really cannot be described by words, and a rather humorous back-and-forth between the Velvet frontman and Fricke over a negative 1966 Rolling Stone review on the band. A segment for fan submitted Q&A’s was quite lackluster, but did lead to the members discussing their views on New York City (1960s vs. today) and whether or not The Velvet Underground would succeed in today’s music climate (they thought so). 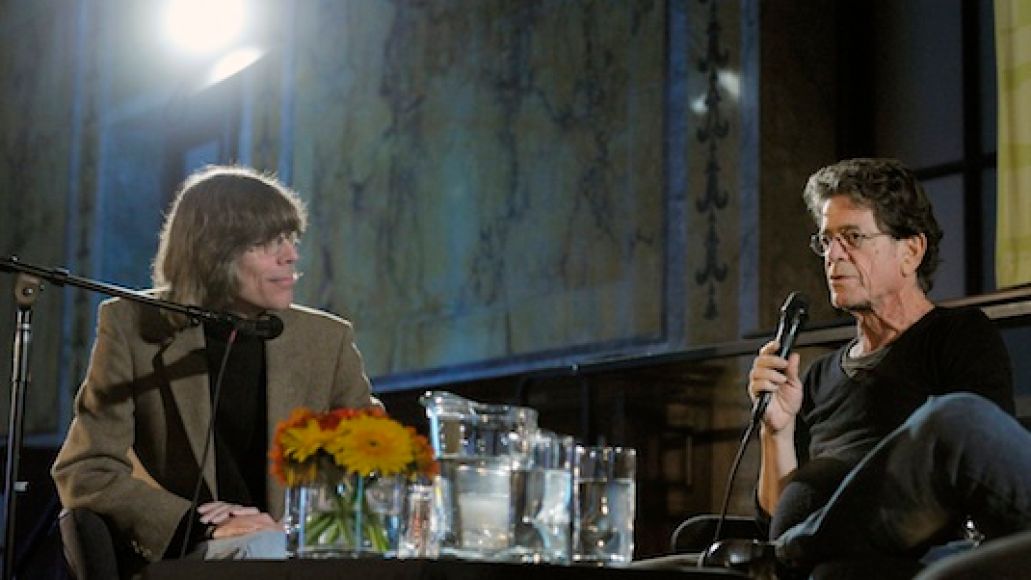 And that was that. 90 minutes after taking the stage, it was all over. There was no hope for the future. There were no thoughts on what could be next. These three legendary rockers had come to talk about “what was,” not “what could be.” But even so, “what was” was the reason this discussion had sold out in three minutes and why each and every member of the audience was glued to what was unfolding in front of them. It was thee Velvet Underground present, thee Velvet Underground discussing its history — a history that by all measures was immeasurably perfect. So, perhaps it’s only right to discuss and continue to discuss this band in the past tense, to remember when, and realize why. After all, any other thoughts, any other hopes couldn’t even begin to touch this, The Velvet Underground, as we will forever know them.