Rivers Cuomo is a four-year-old. That is, if you base this accusation solely on how he acts on stage. Whether he’s frantically climbing a ladder towards the rafters, using an oversized beach ball to bounce bassist Scott Shriner off the stage, or tearing up a pack of toilet paper… take your pick. At Chicago’s age-old Aragon Ballroom, where Weezer kicked off its current tour last night in support of last month’s Raditude, Cuomo’s less of a musician and more of a man on a mission. What mission exactly? To enjoy his mid-life crisis in style.

“C’mon my angels,” Cuomo beckons to the thousands of Chicagoans in attendance. “Louder my lil’ birdies.” Working off an energy that would have any parent concerned, the tiny Californian shuffles back and forth across the stage, reeling off the squealing riffs of “Perfect Situation”. It’s a rare sight — Cuomo behind a guitar — as he spends the remainder of the night acting like a frontman being scripted by Mel Brooks. In fact, it’s probably the only moment where he’s still… Rivers Cuomo. 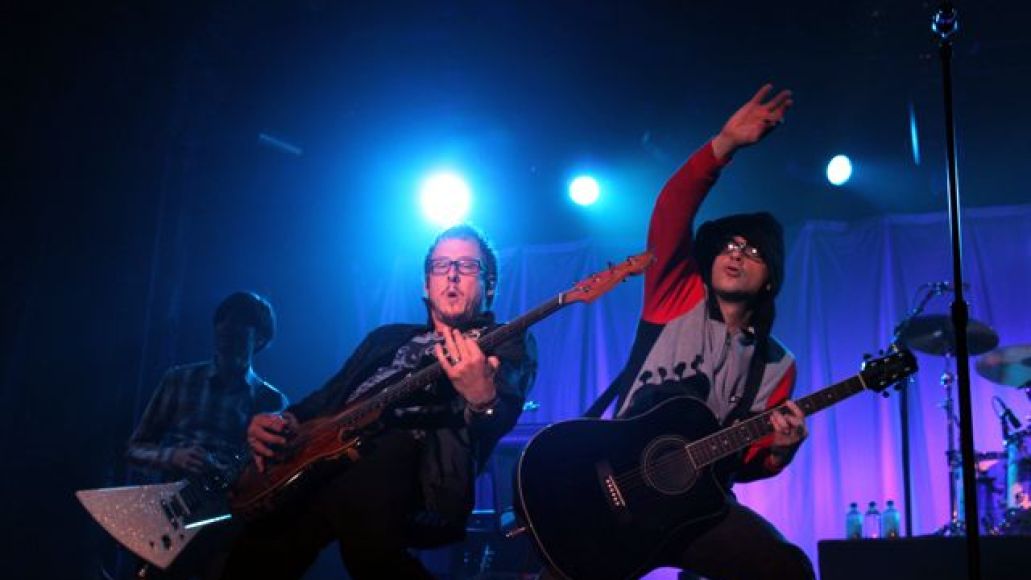 Instead, the rest of the show pans out like an oddball, screwy performance by Dr. Teeth and the Electric Mayhem, with Cuomo channeling his inner Animal. Throughout the spectacle’s hour and 30 minutes, Cuomo dances, gyrates, randomly materializes into the middle of the crowd, drinks faux (?) Patron, and bounces on and off of a trampoline, which is set below the band’s raised drumset. It’s so batshit crazy that Weezer’s even hired a new drummer. Yes, Patrick Wilson hardly sets foot behind the kit. Instead, he’s on rhythm guitar duty, which allows Cuomo to do what he wants to do, including the aforementioned hi jinks and a persistent knack for leaving the main stage.

But the truth is, not once does the band refuse to cater to the fans. A short and prompt performance of Pinkerton‘s “Why Bother” offers oldies a chance to bob their heads amicably (and without scoffing), Maladroit‘s “Dope Nose” throws that necessary curve ball, and everyone gets a good sing along in with both “Say It Ain’t So” and “Buddy Holly”. It’s all there, it’s just… the band isn’t. That’s not to say that’s a bad thing. 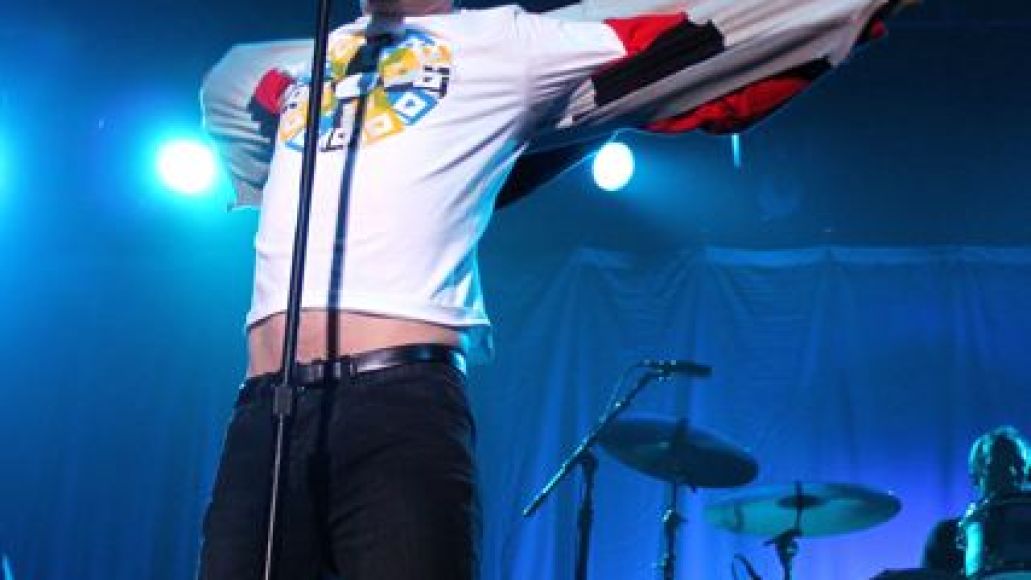 While Cuomo’s having the time of his life, so are his bandmates. Wilson orchestrates a stellar rendition of Pink Floyd’s “Time”, a song which he dedicates to a friend in [Chicago suburb] Downers Grove, Shriner laughs off the near-fatal stage fall and even collapses on the trampoline a few times, and Brian Bell… well, he’s just there having fun, too. What’s more, in a move that’s perhaps taken from the band’s “Hootenanny days” last year, every member has a chance to be in the spotlight and sing — to fill in for Cuomo, so to speak. It’s not until the show’s final moments where the band’s actually together all at once and that’s when they’re tearing apart the drumset to finish off “Buddy Holly”. In other words, it’s all sort of chaotic.

Though, chaos is a good thing and it’s the sort of state Cuomo enjoys, too. Besides, you can’t argue with a guy that finds solace in ripping up toilet paper and flailing it endlessly while wearing a blonde wig and singing Top 40 nonsense atop an opera box. In a world that gets more miserable by the day (especially when you start counting the years), it’s the insane who are sane, and if last night’s any indication, Cuomo’s got us all outsmarted. Take note, folks. 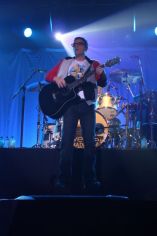 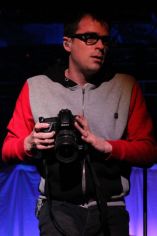 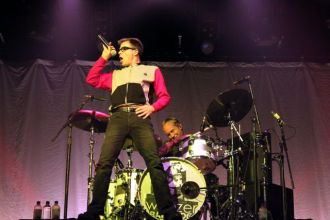 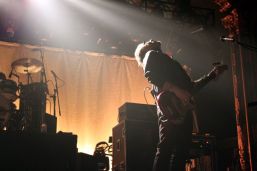 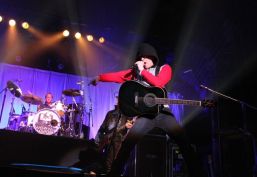 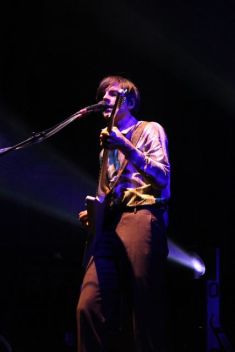 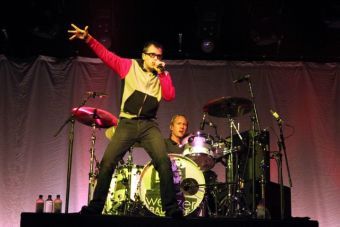 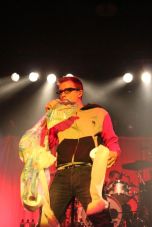 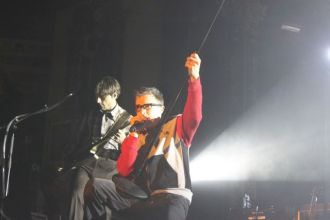 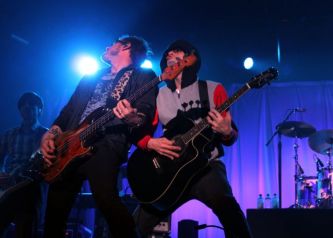 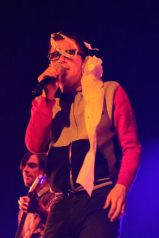 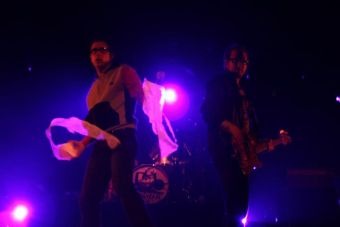 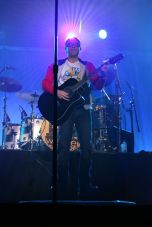 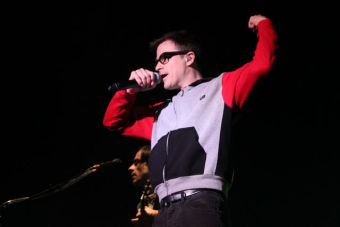 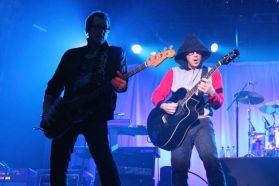 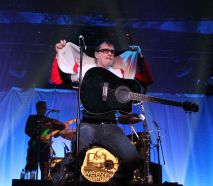