Gigi, the Vancouver-based duo of songwriter Nick Krgovich (No Kids, P:ano) and producer Colin Stewart, are set to release their debut album, now three years in the making.

The acquisition of two huge vintage plate reverbs by Stewart brought the duo together, when he reached out to Krgovich, whom he had worked with in the production of P:ano’s second album The Den. Krgovich was invited to write a couple songs, and several of the duo’s musician friends were invited to Vancouver’s Hive Studios with hopes of experimenting with the new equipment and recording some songs live-off-the-floor.  These early recordings were so amazing, they created a three-year chain-reaction of sessions, which make up Gigi’s debut Maintenant.

According to the duo, they share a deep respect for 60s pop, which help divert the collection from nostalgic “polka-dotted retro workouts” to recordings filled with charm, sublime harmonies, and a subtle touch of bells and whistles, while working within the 1960s pop framework. This framework is developed into an extravagant estate with the help of over 40 collaborators, most notably Owen Pallett (Final Fantasy), Mirah, Zac Pennington of Parenthetical Girls, Katie Eastburn of Young People, Rose Melberg, and Karl Blau.

Maintenant‘ is set to be released on February 10th via Tomlab. The release date was recently pushed back slightly, but the 15-track effort likely will prove to be worth waiting for. In the meantime, Tomlab was nice enough to release a couple tracks for your auditory pleasure. 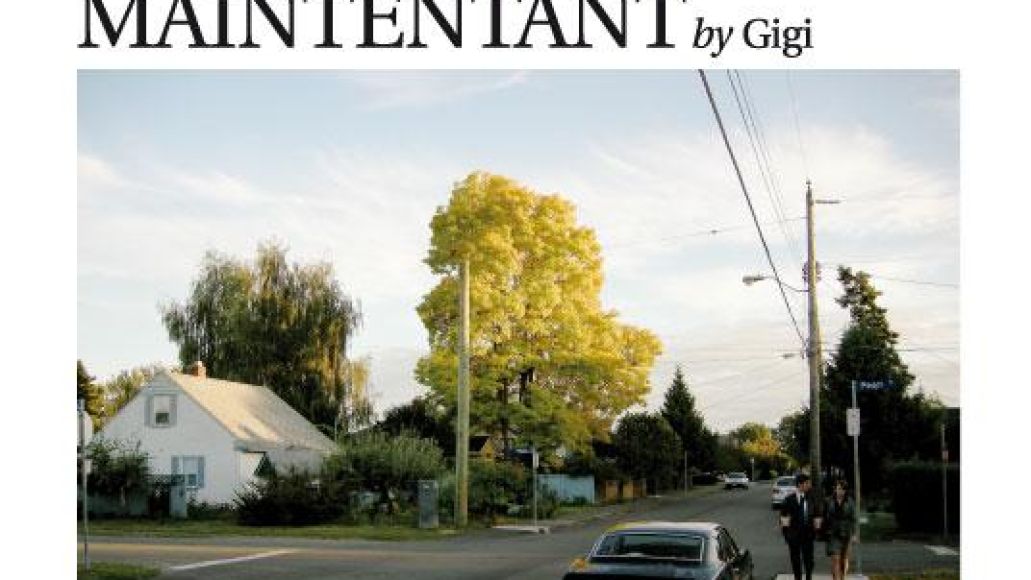 Checkout:
“No, My heart will go on (With Chorus)”
“Strolling Past the Old Graveyard (w/ Karl Blau)”

Maintenant Tracklist:
01.  No, My Heart Will Go On (Chorus)
02. The Hundredth Time (with Duffy Driediger & Ryan Peters)
03. Dreams of Romance (with Zac Pennington)
04. Alone at the Pier (with Rose Melberg)
05. Everyone Can Tell (with Ryan Beattie)
06. One Woman Show (with Joey Cook)
07. I’m Not Coming Out Tonight (with Marissa Johnson and Sydney Vermont)
08. Some Second Best (Chorus)
09. I Can’t Bring Myself To Smile (with Bobby Birdman & Katy Davidson)
10. Strolling Past the Old Graveyard  (with Karl Blau)
11. The Marquee (with Katie Eastburn)
12. Impossible Love (Chorus)
13. Won’t Someone Tell Me? (with Mirah Yom Tov Zeitlyn)
14. I’ll Quit (with Owen Pallett)
15. ‘Neathe The Streetlight (with Nick Krgovich)