Somewhere in America this week, 20-year old Taylor Swift, in short dress, boots and blonde locks celebrated being Billboard’s top selling album of 2009. Friday night, Jill Andrews, in short dress, boots and blonde locks took the stage. Both women wield a guitar and a claim on country. Swift, the high fructose version forced upon us by commercialized production powers-that-be, tastes good and hooks you but slowly numbs your organs. Andrews, a natural organic nectar grown on farm soil and available sparingly, both heals and satisfies.

We’ll take the latter any day. 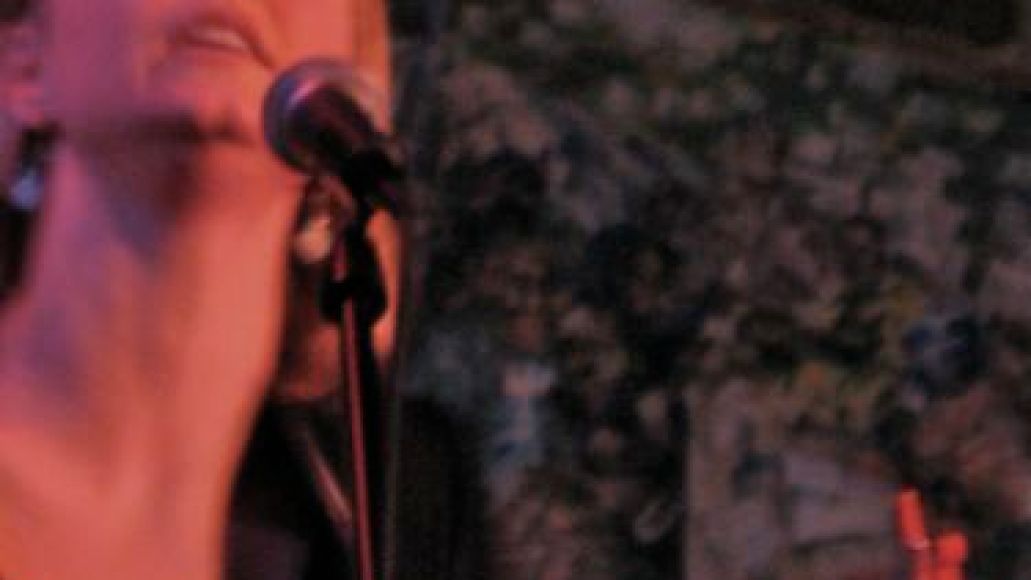 And while three million of America’s wallets may have chosen Swift, this night, over a hundred fans packed the tiny gem of a venue to hear Jill Andrews at The Evening Muse in Charlotte, North Carolina.

The demure Andrews tours in support of her acclaimed, excellent new self-titled EP and to establish her solo career after becoming known as one half of the now laid-to-rest band the everybodyfields. Andrews’ former collaborator and, at one time, romantic interest now lives near Charlotte and his band, Sam Quinn + Japan Ten entertained some of the same fans earlier in the week.

Though she sings some songs of her recent past, much has changed for Andrews, most notably marriage and love with husband/manager Clinton Darrah and becoming the mother of a baby boy. However, the past is never far behind. The name scratched on the top guest list Friday night? Mr. Quinn.

We never saw him come through the doors, but song after song, as Andrews faced that direction, she could have been singing right to him: “When you’ve had your space/When you’re ready to see my face/In a room where we both could be/Where somebody else may be loving me/Would you ball up your hands?/Would you clench your teeth?/Would you walk away in disbelief?” (“These Words”). Her songs gave us her perspective on the breakup and glimpses into her new life: “Ask me out/Of my crazy world/And I’ll gladly go/Heel to toe/Simply follow you” (“City Noise”).

As writer Rainer Maria Rilke said, “Surely all art is the result of one’s having been in danger, of having gone through an experience all the way to the end, where no one can go any further.”

With Andrews, most songs are a walking away and a final, unmet, glance back. But the sadness does not stifle. She gives these longings air and space to breathe.  Singing from the intimacy of a bedroom set in the freedom of a barren field.

Andrews glowed the whole night, receiving the warmth of her fans and confident in what she’s giving them.  She’s unfaltering; standing in footprints of the likes of Emmy Lou Harris, a gravitas Andrews always possessed. Though now there is a fear removed. With the everybodyfields, Quinn was the antagonist and his antics sometimes left her appearing pensively controlled during shows. Those undercurrents are gone now.

There came one fun moment of humanness, where she fumbled the words of Fleetwood Mac’s “Dreams” and when she finished, her hands shaking as she changed the capo, she smiled, admitting she was “…so nervous. I’m not used to doing the cover song.”

Ah yes, it was Quinn that always did the cover song. 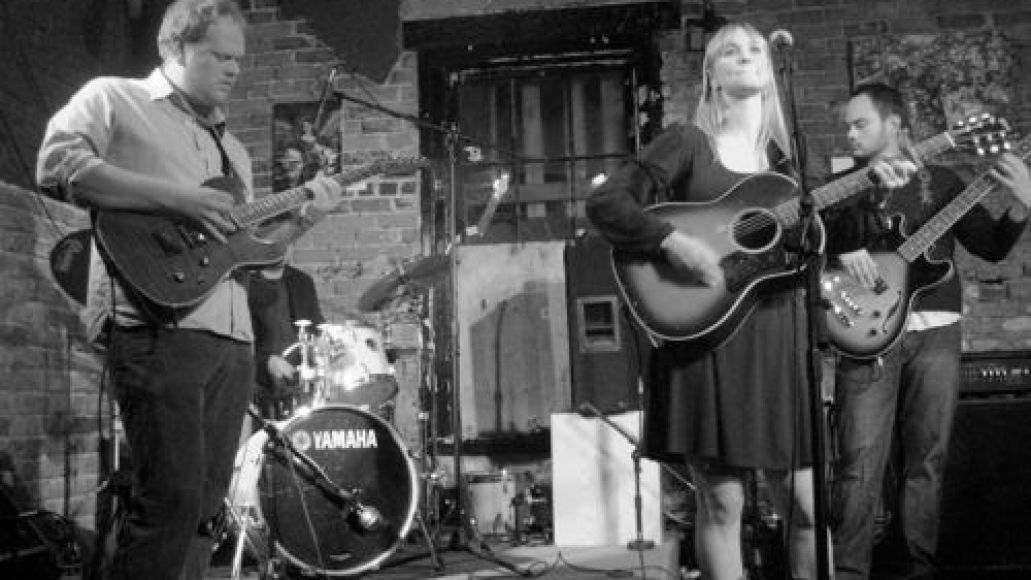 Band mates Chad Melton (drums), Vince Illagan (bass), and Robert Richards (electric guitar) were as relaxed and flawless as their leader, but Josh Oliver may be the unsung gravity pulling both Quinn and Andrews’ ships to shore. Right now, he sits on stage and in studio with both of their projects. Shrouded in Americana denim and brush, Oliver tucks behind the keys, letting his notes and harmonies distantly orbit the set. Every offering languishes and flickers, lending just enough light to let Andrews’ glow be the one to catch the audience’s eyes.

A songwriter friend of mine, after listening to a teenage boy abusively pummel a Coldplay song out of a piano, asked the young buck, “Son, you’ve never been in love, have you?”

Well, Oliver has been in love and I suspect he’s lost it too. His gentle harmonies and hands, forever affected by heartbreak, give that tiny bit of his story away. This, the only clue he offers as he steadies the stage and fades from the foreground. Including him in the band is insanely wise of Andrews. Though his demeanor a hemisphere away from Quinn’s, his heirloom twang and authenticity work perfectly.

Love, motherhood, marriage, freedom, forgiveness, or independence: whichever factors combine to form the current incarnation of this woman with guitar is blessed and unusual. None can definitively say what it is about human nature that three million of our public pass over oceans like Andrews in favor of the puddles of mainstream country music. The hearts of those who choose otherwise will ache a little after sitting with her songs, but become all the more human, alive, and healed for the time there.

Set List:
City Noise
Sweetest in the Morning
Sinking Ship
Everything is OK
Always Be Sorry
A Way Out
Savior
Dreams (Fleetwood Mac cover)
Better Way to Spend the Day (?)
Pontiac
Only King
These Words
Wasted Time
Find A Way
Everything is Fine
Worth Keeping