The Coachella Music Festival will return this April for its 11th edition. And, as always the case, the Indio, CA extravaganza has pieced together one hell of a lineup.

As the lineup below indicates, Jay-Z, Muse, and Gorillaz will headline this year’s festivities, set to take place from April 16-18 at the Empire Polo Club. Other heavy-hitters include the recently reunited Pavement, Them Crooked Vultures, Faith No More, Vampire Weekend, Phoenix, MGMT, The Dead Weather, Echo & the Bunnymen, LCD Soundsystem, DJ Tiesto, David Guetta, Sly & the Family Stone, The Specials, Orbital, Public Image, LTD, and Radiohead’s Thom Yorke, who will deliver a solo performance.

Find the complete 2010 lineup below. Check out our Coachella Outlook page for links to all the confirmed acts respective websites.

Individual tickets go on sale Friday, January 22nd at 10am PST via Ticketmaster.com. Layaway tickets for three-day passes and camping are also available through February 15th. 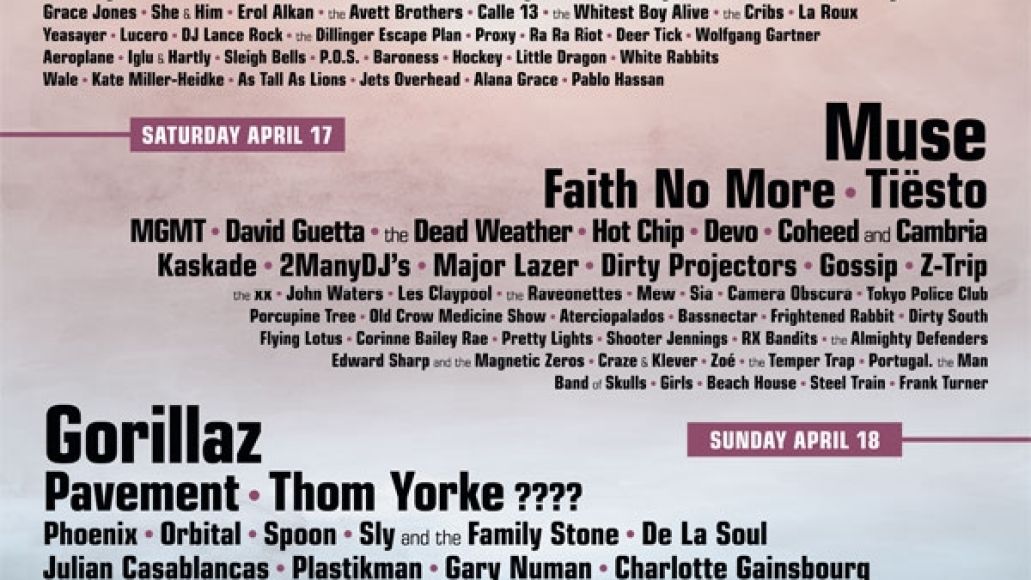