Have you ever wanted to experience a band consisting of an eskimo, a giraffe, a penguin, and a monkey?  Well, now you can.  Hailing all the way from London, One eskimO is beginning to make a name for itself… and for its animal counterparts.

Vocalist and eskimO, Kristian Leontiou, began as a solo artist under his last name. His debut single, “Story of my Life”, took him straight to the top of the U.K. charts in 2004. Though, unhappy with the success and the forced direction his music was taking him in, Leontiou high-tailed it back to London to pursue something more emotionally worthy (at least musically). As a result, his latest project, One eskimO, came to fruition on the flight home from Los Angeles. 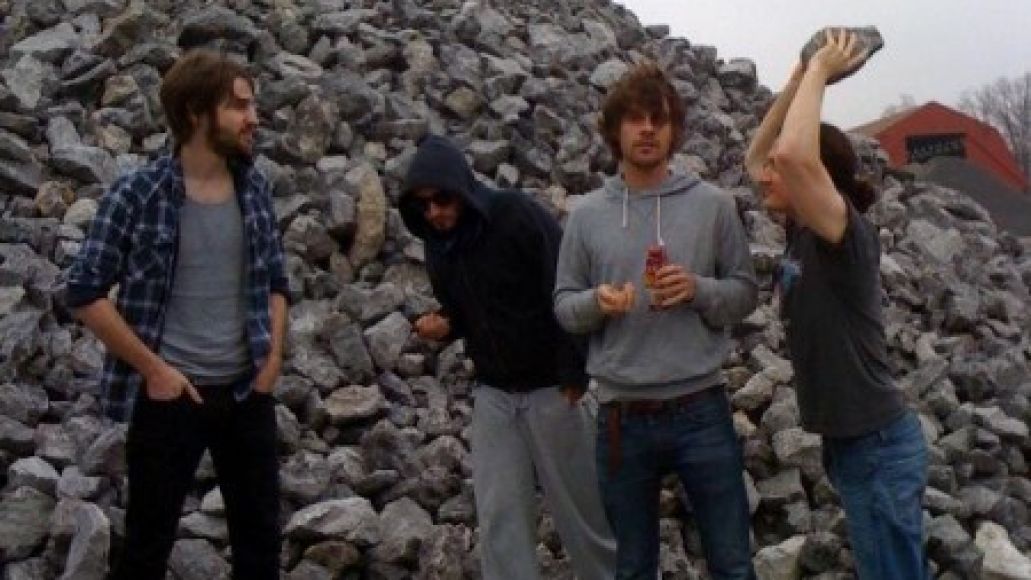 But it didn’t happen overnight. Things started cooking once Leontiou collaborated with British electronica band Faithless, on a song entitled “Hope and Glory”. While working with the group, Leontiou met producer Rollo Armstrong. Already recording demos alongside drummer (and giraffe) Adam Falkner at the time, Leontiou tried his luck and sent Armstrong an early cut of “Astronauts”. Not only did Armstrong enjoy the demo, he opened up his studio, The Ark, to the young songwriter. Soon after, Jamie Sefton (bass, horns, and monkey) and Pete Rinaldi (guitar and penguin) were brought in for rehearsals and sonic connections were found. Once engineer Phil Brown (Hendrix, Zeppelin) came in, One eskimO became more than just a little project.

Right about now you’re probably all wondering about the strange animal counterparts. Well, to take his creativity a little bit further, Leontiou began working on a visual representation of the album and band during the whole recording process. The result? The Adventures of One eskimO, a series of episodes formed under the artful direction of Leontiou and Smuggling Peanuts, the artists behind the genius characters and animation. The unique story follows One eskimO, a young adventurer, on a quest to find not only his place in the universe, but his lost love, Little Feather. Not alone, One eskimO is accompanied by his fellow band mates: a giraffe (Adam Falkner), a penguin (Pete Rinaldi), and a monkey (Jamie Sefton). The group soon uncovers an evil plot put into action by the mysterious Mr. Top Hat, a man hell bent on controlling the destinies of these four characters. The series is guided by the atmospheric music of One eskimO and its self-titled album, and allows for an even stronger connection to be formed with the artists themselves.

The music and animated sequences of this band take you, the listener, on a very deep journey into the minds of these artists. The story told, one of a connection between band mates and a sinister plot formed by the evil “record company,” can be perceived in a multitude of ways. It’s up to you to find a meaning to it all.  It’s up to you to take away something worthwhile. The band is setting it all up: beautiful music and visual representations to go along with it. Now it’s your turn.