There’s a stigma to New Year’s Eve. Some reach for the stars, others are happy with a pizza and a 12-pack. But whether you’re comfortably sulking around in your pajamas or awkwardly eloping the other sex at a trendy club, the bladder-aching patrons that stuff up New York City’s Time Square and follow every command from Dick Clark still look like they’re doing it better than you. It’s nobody’s fault, it’s just too hyped of a night. Blame it on MTV, or Ryan Seacrest, or Prince. That’s why it’s good to go with sure things: sex, drugs, and rock ‘n’ roll, right? Well, for the beer-happy, jovial folks of Milwaukee, WI, they kept things real. They hired Spoon.

With an hour and some change left in ’09, Britt Daniel, Jim Eno, Rob Pope, and Eric Harvey shuffled across the stage at Milwaukee’s Riverside Theater. It wasn’t a sold-out night — after all, ol’ Miller town looked near-abandoned — but there were just enough fans to create a balmy, amicable environment. Jay Reatard kicked things off an hour or so earlier, distracting a mild few from the drinks, free video games, and pizza out in the lobby (Hey, it’s New Years!), but once Daniel lightly brushed his fret board and smiled that Texas smile of his, the lewd cajoling let everyone know the party had really just begun.

To put a spin on things, the band started off with “Chicago at Night” (off of 2001’s Girls Can Tell), which made a few out-of-town Chicagoans feel a little more at home. Despite the historic IL and WI grudges, Milwaukee fans cheered and clapped, some even sang along. Things just rolled off easily after that. Pope’s muffled bass line in “Don’t You Evah” satisfied the JÃ¤ger-drunks insisting on dancing with everyone, Daniel’s crooning over “Rhthm & Soul” drew cameras up from female spectators, and Harvey’s zoning keyboard work in “The Ghost of You Lingers” glued couples together. 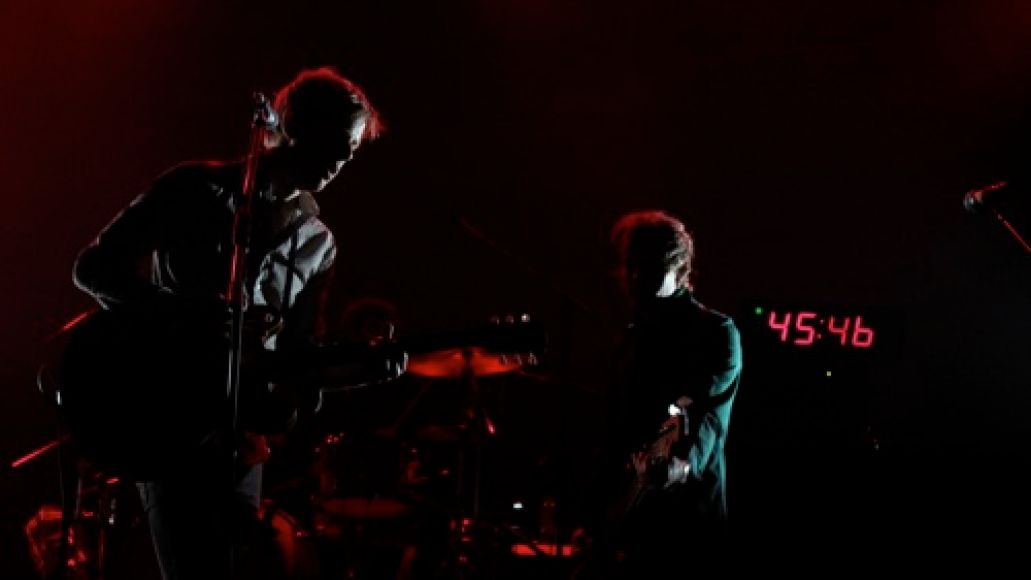 But as the set carried on, so did the drinks — and boy, does Milwaukee drink. Girls toppled over while trying to snap photos of each other, guys lobbied against one another for another beer, and lyrics were fumbled about by blitzed fans. Chaotic? Perhaps, but that didn’t stop the quartet from doing “their job.” While Daniel slipped up a bit during “Everything Hits at Once”, he aggressively (and sweatily) dug through each and every track following. New material off of their upcoming album, this month’s Transference, went over well. “Mystery Zone” isn’t exactly a stellar single like “Don’t You Evah”, but the erratic bliss of “Written In Reverse” only adds fire to the band’s current hype machine. There’s just something about watching Daniel spitting and hollering at the mic, especially when there’s a sea of noise to bob along to. 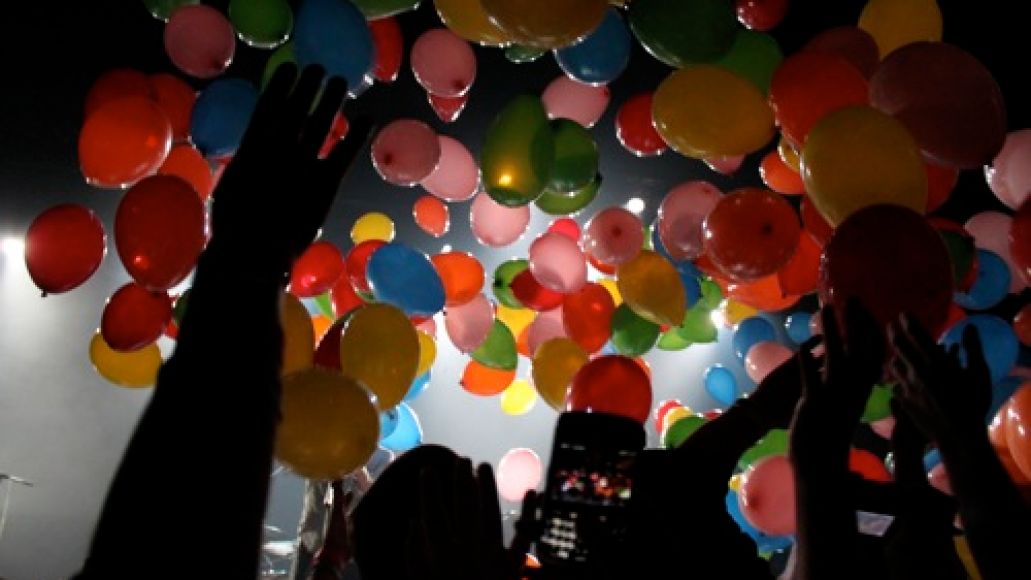 Midnight came, and to the crowd’s surprise, the band actually exited off the stage. (Maybe they had some lips to attend to, who knows?) However, balloons and confetti kept everyone else in check — in addition to even more JÃ¤ger — until Eno and Harvey strolled back out, shared some champagne with their bandmates, and unrolled “You Got Yr. Cherry Bomb” with what would be the first of two encores.

“It’s great to spend New Year’s with you guys,” Daniel humbly said. “We always have a good time in Milwaukee!” This prompted the frontman to ask everyone what they were doing afterward. A handful of drunks shouted out nearby bars, while a few gave out their hotel room numbers. Daniel smiled shyly and turned to Pope to bring out the mighty “Underdog”, which saw everyone popping and throwing balloons in celebration.

So no, there wasn’t a diamond-studded ball dropped. There weren’t a dozen celebrities greasing up their Oscar dreams. And no, Anderson Cooper didn’t host the whole shebang. But, it was one hell of a rock ‘n’ roll show, and judging from everyone’s zoned-out-yet-lustful facial expressions, there were plenty of drugs and sex to be had, too. Milwaukee, you did good. Here’s to 2010!

Setlist:
Chicago at Night
Don’t You Evah
Small Stakes
Rhthm & Soul
The Ghost of You Lingers
Mystery Zone
The Beast and Dragon, Adored
Everything Hits at Once
Don’t Make Me a Target
Got Nuffin
Black Like Me
The Never Got You
I Summon You
Written In Reverse
Jonathon Fisk
My Mathematical Mind
Encore:
You Got Yr. Cherry Bomb
I Turn My Camera On
Encore:
The Way We Get By
Someone Something
Underdog 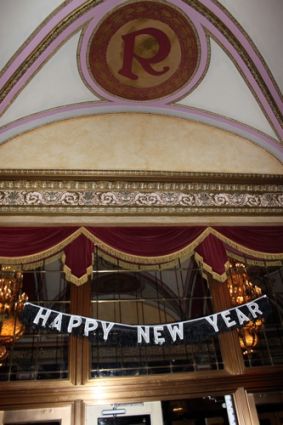 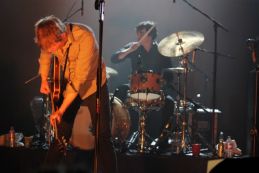 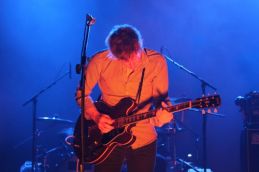 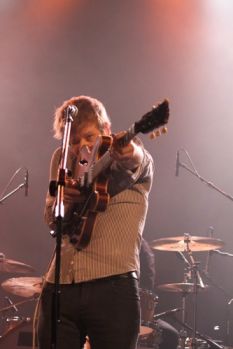 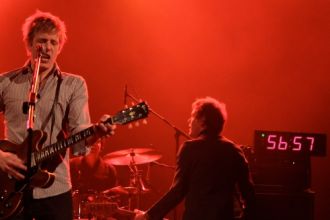 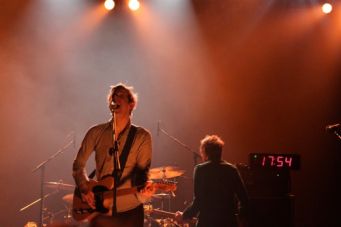 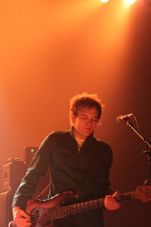 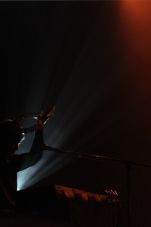 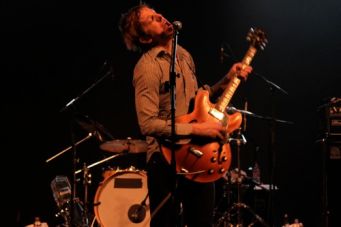