Update: Venue change! The party will now be located at Republic Live — details below, including updated poster!

We’re pretty jazzed about SXSW — as if you couldn’t tell — and this year we’re really making the best of it. Since we’re not throwing our own showcase, we decided to “go all out” and take advantage of every day we’re down in Austin, TX. As promised last week, we have three events planned, and while you’re all well aware of Thursday’s festivities, we thought we’d splurge about our “relaxing” Friday plans.

Teaming up with the ever popular Rock It Out! Blog, we’re proud to present the line up for our first annual joint day party, which all goes down Friday, March 19th at Republic Live. This year’s festivities will feature a lineup made of some of the hottest up-and-coming outfits in music, including — second drum roll, please — The Protomen, You Say Party! We Say Die!, Sweet Apple, Hurricane Bells, The Happy Hollows, Look Mexico, Surf City, Male Bonding, Light Pollution, and Chaperone!

And as usual, the entire event will be free!

That said, the capacity for the event will be limited to 500 or so lucky individuals, so it’s probably a good idea to get there early in order to guarantee admission for this very, very intimate affair. Doors will open at 12pm and the party will run until roughly 5:30pm.

If that weren’t enough, the event will also be sponsored by The Nerdy Show and Game Over Videogames, who will be handing out exclusive coupons and setting up a vintage gaming station, where attendees can play classic 8-bit NES games — especially each Mega Man installment, in keeping with The Protomen theme.

Additional details, including set times, accommodations (Liquor! Red Bull! Waffles!), will be announced in the weeks ahead. We may also provide a few opportunities to get on the guest list. So, stay tuned!

Scroll down for band bios and venue information! How sweet of us, huh?

The Protomen: An event not to be missed, The Protomen are less a band and more an engaging rock opera. As they insist, “They are messengers, riding atop an Iron Stallion on their way to deliver the most vicious rock ‘n’ roll fable that the world has even known.” Quite the statement, right? Their message has caught on, however. After last year’s electrifying performances at both Bonnaroo Music & Arts Festival and New York’s CMJ, where they supported their latest effort Act II: The Father of Death, the Nashville natives plan to take on 2010 with a vengeance. Not only will they be appearing at SXSW, but The Protomen will support their own tour that will take them to the better parts of the midwest. Do not miss what Wired Magazine calls, “unequivocally unique” and “positively inspired.”

Male Bonding: It’s a pretty good day when Sub-Pop calls to pick you up. How do you think Male Bonding felt? The UK trio signed to the legendary Seattle label last year and since then they’ve been turning heads left and right. They’ve taken a traditional garage rock sound and just splintered it into several directions. Everything from grunge to surf-pop riddle their songs, and what’s more, they’re sloppy in all the right ways. It’s lo-fi at its finest and it should come as no surprise that the band’s been opening for the likes of Vivian Girls, Japandroids, Abe Vigoda, and The Soft Pack. Delectable? You’ll be asking for seconds before their set’s even finished.

Light Pollution: While attending Northern Illinois University, Jim Cicero and drummer Matt Evertt shut themselves off from society in a rickety old warehouse. It was there that they tinkered around with enough reverb and distortion to create the hypnotic, psychedelic trance that is now Light Pollution. Since then, the band has expanded into a quartet, adding Nick Sherman and Jed Robertson, and although they’ve only hit the Chicago circuit, they’ve wretched enough eyes to land a label (Carpark Records) and great attention from The Windish Agency. Their first full length, Apparitions, is due out June 15th, and those lucky enough to be in Austin during SXSW would be wise to check out what will inevitably become the next indie sensation.

Chaperone: After disbanding Chicago garage-blues fiesta Blueblood, Thomas Des Enfants swept up the ashes and carved something anew. Tighter, friendlier, and more intimate, Chaperone introduces new faces and an assured sound that draws influences from several eras, though you’re likely to recall The Avett Brothers. Sing-along harmonies and bucket-toting percussion do-see-do over finger licking bass lines that result in irresistable folk-rock. It’s caught on, too. Their unique songs and impassioned live act have generated a growing buzz in the Midwest with each performance, and while Chaperone spent much of 2009 recording, writing, and fine-tuning their set, 2010 will see the release of their EP and the road ahead.

Consequence of Sound is a global music publication averaging 50,000 daily page impressions. Now in its third year, CoS sports over 50 contributors, recognition from countless premiere media outlets, and a readership that proves to be one of the most active and dedicated in all of the online music blogosphere. The SXSW day party will also coincide with the launch of a brand new, professionally designed CoS website.

Rock It Out! Blog is a fresh face in the online music community, delivering rock music news from the fan’s perspective. Site owner Sami Jarroush (of Fuse TV fame) has hosted several rock shows on television and radio and with Rock It Out! Blog he brings his talents into the dawning age of video blogging. In its short existence, however, the site has already become a new internet sensation, landing interviews with highly respected talent and partnering up with several online publications. Rock It Out! Blog‘s co-sponsorship with Consequence of Sound marks the first live event for the site and kicks off an exciting year full of things to come.

Game Over Videogames is Austin’s go-to spot for everything vintage video gaming. This store’s aim is to bring classic video games back into the city, and give gamers a top quality, one stop shop for classic video games, systems, accessories, plus the coolest collectibles, t-shirts, etc and more. Game Over Videogames is a true example of how an independent video game store can compete and win against enormous competition and huge obstacles in today’s fragile business climate. The franchise will be heavily involved throughout SXSW, with several in-store promotions and events, including a performance by Descendants of Erdrick on Thursday, March 18th.

The Nerdy Show is a weekly podcast dedicated to nerd culture, nerd news, and nerd music. It’s a celebration of the multifaceted d20 that is the modern nerd presented in a weekly melding of talk radio and music. From comics and video games to science and technology — if it’s geeky they’ve got it covered! 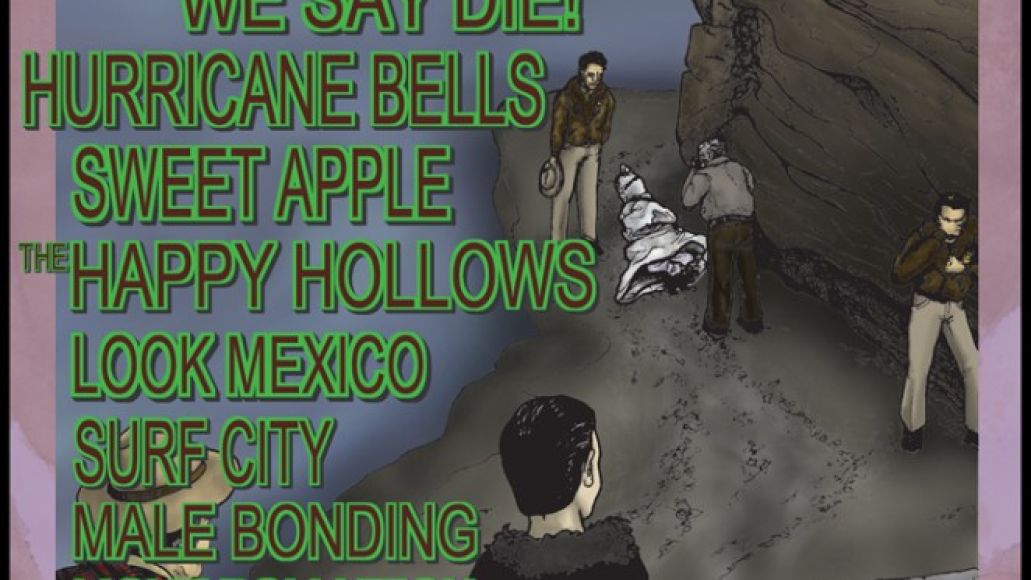