Perhaps the best thing about the whole Gorillaz project is the fact that it comprised of more than just good music. As the publicity behind the album’s March 9th release begins to ramp up, this reality is once again particularly evident, as exemplified by the slew of trailers, release details, and artwork that have been released of late.

First and foremost, the Damon Albarn project has revealed a bounty of teaser trailers and in-studio clips in recent days. Of particular highlight is a 23-second video featuring The Clash’s Paul Simonon and Mick Jones working in the studio — the men reunited for the album’s title track. More recently, a full orchestral trailer featuring “over 2 minutes of Plastic Beach model close-ups” has been released (see below). The biggest highlight, however, came earlier today, when during a “Pirate Radio” broadcast on AOL, the band debuted one of the Little Dragon-aided tracks.

In terms of Plastic Beach‘s actual release, according to the stellar Gorillaz-Unofficial.com, the album will be also released as a CD+DVD edition, called the Experience Edition. In addition to the LP’s 16 tracks, the package will include a 45-minute “making of” documentary DVD that provides online access to extra music, games and video. Basically, the buyer will gain “exclusive access” to a special area of gorillaz.com only accessible by buying the Experience Edition. In this area there will be “the full version of the Plastic Beach game”, access to “a stream of a Gorillaz performance”, a 16 page booklet, and wallpapers and screensavers. Pre-orders now ongoing via Amazon.com.

Now if all this wasn’t a good enough reason to pick up the album, then perhaps this is: According to an article printed in the Belgium newspaper Le Soir (via Gorillaz-Unofficial), Plastic Beach will be the last Gorillaz album. Though that certainly sucks, the article does note that a tour (in addition to an upcoming Coachella appearance) looks to be in the works.

Lastly, Plastic Beach collaborator Lou Reed recently posted news of his involvement in the project on his website. Included was the following image, which just kicks so much ass. 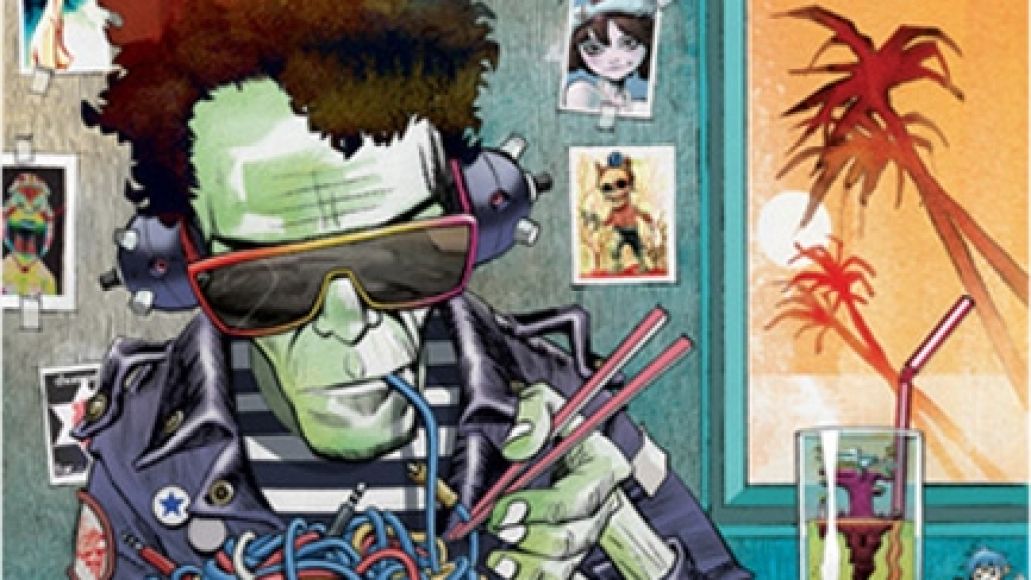