If you’ve kept up with history, you’d know that New Zealand (and the rest of that part of the world for that matter) has a knack for turning out great heavy guitar driven bands. Even those that stay in relative obscurity know how to turn it up and wail. Just ask those that live there, it’s a wonder they still have their hearing, not to mention how they held on to a band like Surf City. True you’re probably just now hearing their name, but the reality is, they’d been perfecting their 80’s alt-rock worshiping sound for a few years before they dropped their debut EP in late 2008. Since then, they’ve been pushing the record around their part of the world, and now, they’re here in the US to do the same. 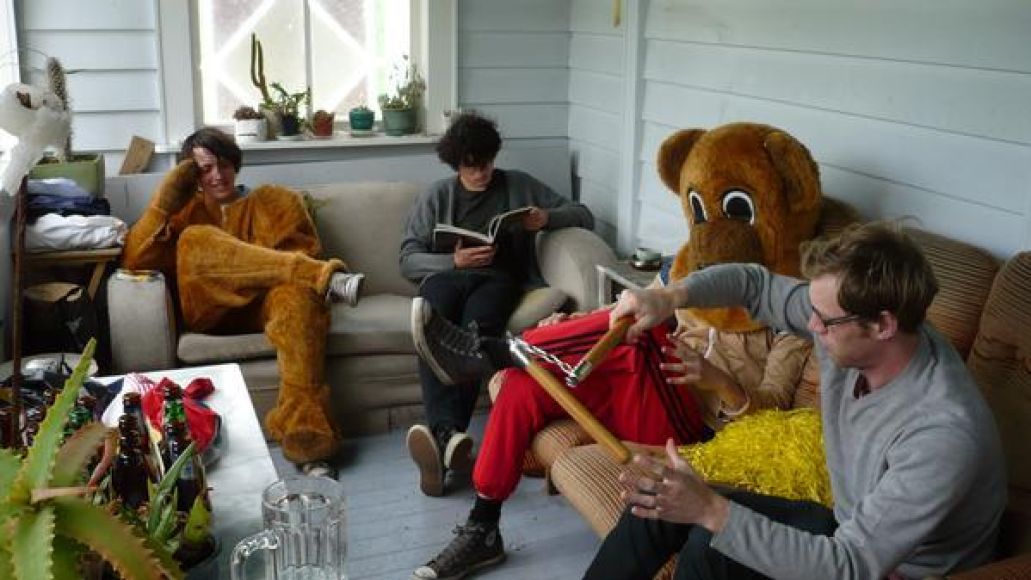 Rich, layered guitar riffs turn on the song writing with lots of dingy layers to be peeled back and enjoyed. The punk elements and grainy vocals are all there, but so are the post rock elations. Take “Canned Food” for instance. Here you get melodies that Michael Stipe would kill, and a sliding riff that’s just nostalgic enough without losing their personality. “Free This City” throws that sentiment into a frenzied and ringing package, entwined with bright guitar layers and hopeful escapism. The Strokes even get a quick nod on “Records of a Flagpole Skater” with its jangly strums and Casablancas-like vocals rounding out their sonic influences. All in all, there’s a lot to love with this band.

Timing is everything, and they just so happened to have shown up at the right moment. Even with so many fuzzed out options on the market today, Surf City found a way to stick out. From front to back, the six songs hit home for anyone enjoying the rock scene right now, and especially for those looking for a bit more than just heavy distortion. It’s music for the melodic headbanger in all of us and once you’re done with the EP, you’ll inevitably want more.