Side projects are one thing, but when a band forms out of love, you just gotta respect that. (Mother Love Bone, anyone?) After all, if it’s not for the good, honest music that comes out of it, there’s usually one hell of a story as to why it exists. Sweet Apple is the new unit comprised of J. Mascis (of Dinosaur Jr.), Tim Parnin and John Petkovic (both of Cobra Verde), and Dave Sweetapple (of Witch). This is not a supergroup, nor is it a little side project. It’s a labor of love… 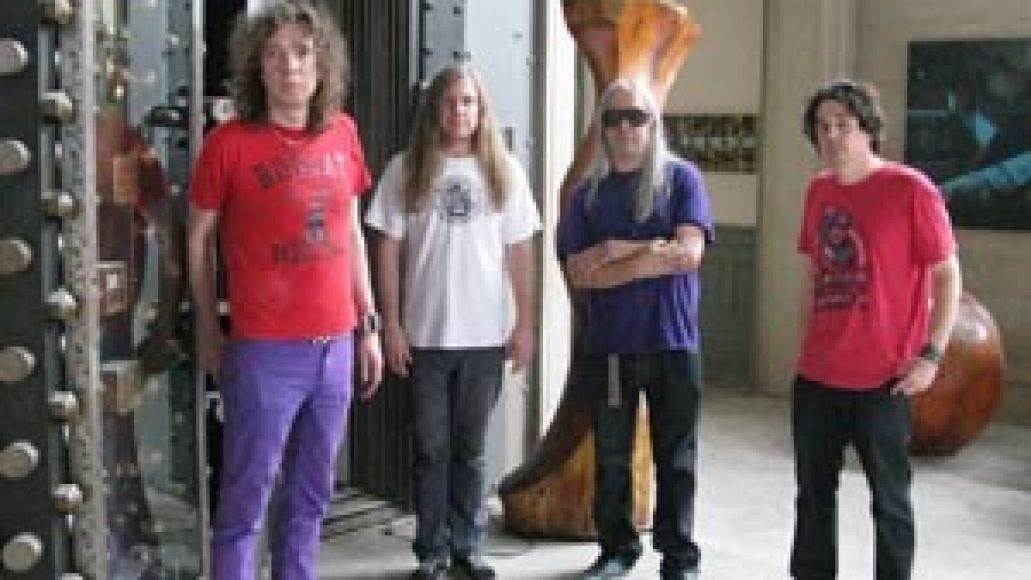 The story starts when John Petkovic received news that his mother had died. Petkovic, distraught and in a daze, started up his car and just headed eastward with no destination in mind. He says, “I’d been totally devastated by so many things, all at once. I’d lost so much weight. I couldn’t eat or sleep. All I did was smoke cigarettes, one and after another after another.”

After driving 400 miles outside his hometown of Cleveland, Petkovic took a call from his friend Dave Sweetapple, who told him to come on over, considering he was close by. Soon after, J Mascis joined them, and it was he who instructed Petkovic to pour all this angst and depression into some songs. That he did, and after a long drive home and some jamming with Tim Parnin, Petkovic had 25 songs to work with.

Titled Love & Desperation, the album is 12 songs culled from those original 25, and what’s interesting (at least in respect to the story) is that it was recorded in both Cleveland and Massachusetts. To top things off though, the whole thing was mixed by indie legends John Agnello and Don Depew, who can only add more grit and grime to the project.

But what to expect? The collaborative debut will feature songs like “Do You Remember”, which has been described as “a driving anthem”, the “wounded pop” of “I’ve Got a Feeling That Won’t Change”, and a “nihilist singalong” called “Flying Up a Mountain”. That should be enough of a teaser, at least for now.

“I tell people that I saved John’s life by starting this band,” says Mascis. “But they don’t believe me.”

They will April 20th, when Love & Desperation surfaces via Tee Pee Records.

Sweet Apple falls from the trees...