By now, you’re probably a bit overwhelmed with the South by Southwest party announcements. But just for the sake of some more fun (and options), we decided to throw our weight behind one more day party. So, we teamed up with the awesome music websites Elbo.ws and The Music Slut for Body Parts. (Get it… Sound = ear; Elbo.ws = elbow; Slut = um…)

And the best part is the lineup is as good as the name. On Wednesday, March 17th, aka the first official of the music component of SXSW 2010, we’ll round up — drum roll #3 — Theophilus London, Broken Social Scene’s Jason Collett, The Death Set, Drink Up Buttercup, Acrylics, Gemni Club, Maps & Atlases, The Depreciation Guild, Terror Pigeon Dance Revolt, and Dignan and bring ’em all to Peckerhead’s in downtown Austin, Texas.

Sounds fun, right? Did we mention it’s free to attend? Or that they’ll be free tacos and So-Co, courtesy of Taco Cabana and Southern Comfort respectively? Yep, all your body parts will thank us from your ears to your toes!

Please click here to RSVP. A special thanks also goes to the Best Buy Music Instrument Store for all the fresh gear that will be banging through your earholes all week. And of course Knuckle Rumbler who helped put this all together!

Theophilus London – Hailing from Brooklyn, NY, this rapper is not at all picky when it comes to the musical genres. Not only does he cite everyone from Michael Jackson and Prince to Kraftwerk and The Smiths as influences, but back in 2009, he, in collaboration with Machine Drum, released This Charming Mixtape, a confluence of  The Smiths (the name) and Elvis Costello (the artwork). Soon afterward, Theophilus would release his proper studio debt, This Charming Man, which was executive produced by 2x DMC World Champion DJ Iemerge and features productions from MachineDrum, Jimmy Edgar, and Letherette.
Check Out: “Humdrum Town”

Jason Collett – In addition to being members of an amazing band, members of Broken Social Scene also have a history of shelling out quality side-projects. Take Jason Collet for example. Next week, the Toronto native will release Rat a Tat Tat, the fifth album in what has become quite the solo discography. Backed by Toronto outfit Zeus (who will also be joining him at the party), the album hears Collett’s acclaimed singer/songwriting teamed with the likes of Andrew Whiteman, Tony Scherr, and The Stills’ Liam O’Neil. The end result, according to label Arts & Crafts, is a “remarkable and honest example of a storyteller documenting and soundtracking his experiences and surroundings with distinct and precise ability.”

Acrylics – If you need any reason to like these Brooklyn natives, then look no further to the fact they are signed to the label of Grizzly Bear’s Chris Taylor. What’s more, they’re recently released debut EP, All Of The Fire, was recorded in a converted church. Oh yes, and they’re currently touring with A Sunny Day in Glasgow and the Morning Benders. Seriously, what’s not to like here?

Gemini Club – Chicago represent! Fusing the energetic and precise aspects of DJing with live vocals, synthesizers, guitars and bass, this trio has been catching Chi-Town by storm since the release of Future Tidings last August. They call themselves a “rock band from the future.” We call them kick ass.

Maps & Atlases – Also hailing from Chicago, this quartet sports one of the more impressive resumes of any band to hit South by Southwest this year. They’ve toured RX Bandits, Matt & Kim, These Arms Are Snakes, Foals, Portugal. the Man, and more. In 2009, they were listed as the new band in Illinois as part of The Boston Phoenix’s 50 Bands, 50 States supplement. Finally, they have an impressive discography, including one, yet-to-be-titled forthcoming effort that was recorded Jason Cupp (Finch, Nurses). (We already know it will be good.)

The Depreciation Guild – There’s always room for dream pop, right? Another one of music’s new “it” bands, this Brooklyn outfit has essentially captivated the music blogosphere since the September re-release of In Her Gentle Jaws and subsequent U.S. tour with the Pains of Being Pure at Heart and Cymbals Eat Guitars.

Dignan – Texas’ own will kick off the party with some quality indie that cites influences of “Broken Social Scene and Arcade Fire, to grandparents who specialize in lounge music, to their hometown of McAllen with a 95% Hispanic population.” Having recently spent time in the studio, we’re guessing Dignan will return with a fury.

Check Out: “God Save Us All” 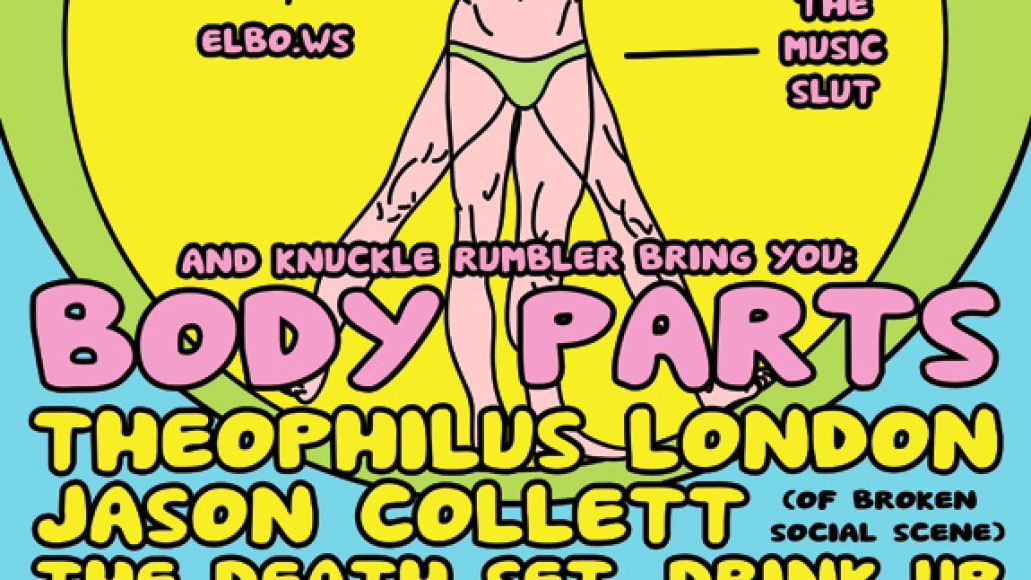