It doesn’t take much to sell out Schubas. The shoebox backroom can only hold so much. A hundred folks feels stuffy, let alone 450, which is the maximum capacity. That being said, it still takes wonders to draw out fans on a Sunday night, and a stormy one at that. But leave it to Cymbals Eat Guitars to pack the wood paneled venue. After playing an early evening, all-ages set, the New York quartet returned for a late-night second performance stuffed with sweaty ‘n’ buzz band-hungry Chicagoans.

Things started with a lukewarm set by Brooklyn experimental rockers, Bear in Heaven. Some may find multi-instrumentalist Jon Philpot a brilliant technician. When he fumbles about at the keyboard and/or moans into a microphone, the shoegaze-influenced indie-rock that bleeds out suggests he’s on to something. (To be honest, Beast Rest Forth Mouth, their remarkable 2009 debut, certainly did just that.) But on-stage, especially at such an intimate arrangement like Schubas, the truth comes clean: It’s nothing special. Philpot puffed into the effects-laden mic and stood rigid behind his keyboard, pushing unseen buttons and appearing overwhelmed by the minimalist tasks at hand. To his left, guitarist Adam Wills pummeled away at two or three chords, relying heavily on effects than actual skill. In fact, judging from the performance, the only one with solid musicianship was percussionist Joe Stickney, who held the task of gluing these mangled pieces of music together. What’s surprising is that in the 45 minutes they performed, the crowd appeared thrilled, applauding unanimously after each track. When one person yelled out, “I’ll see you at Pitchfork,” Philpot shouted back, “I’ll see you at Pitchfork.” Hopefully we’ll see neither.

Quick to the punch, singer and guitarist Joseph D’Agostino returned to the microphone and saved the night. While he also carried enough effects pedals to rival Kevin Shields, he knew what to do with them. The same goes for keyboardist Brian Hamilton, who worked up a sweat just by crouching down and up as he toggled with half a dozen modules and over a hundred little knobs and switches. You can’t mention D’Agostino and Hamilton without calling out the group’s tight-as-fuck rhythm section either. Bassist Matt Whipple might appear stoic, but his fingers crawl along the neck like a spider chasing its prey. As for drummer Matthew Miller, it’s hard to ignore him. He keeps the band’s namesake warm by not only eating the guitars, but digesting them and spitting ’em out. When he cracks his cymbals, your ear drums don’t so much cry as they yelp in pain. In other words, these are fucking musicians to the bone. They work off their technology, they don’t let the technology work for them. Key difference there. 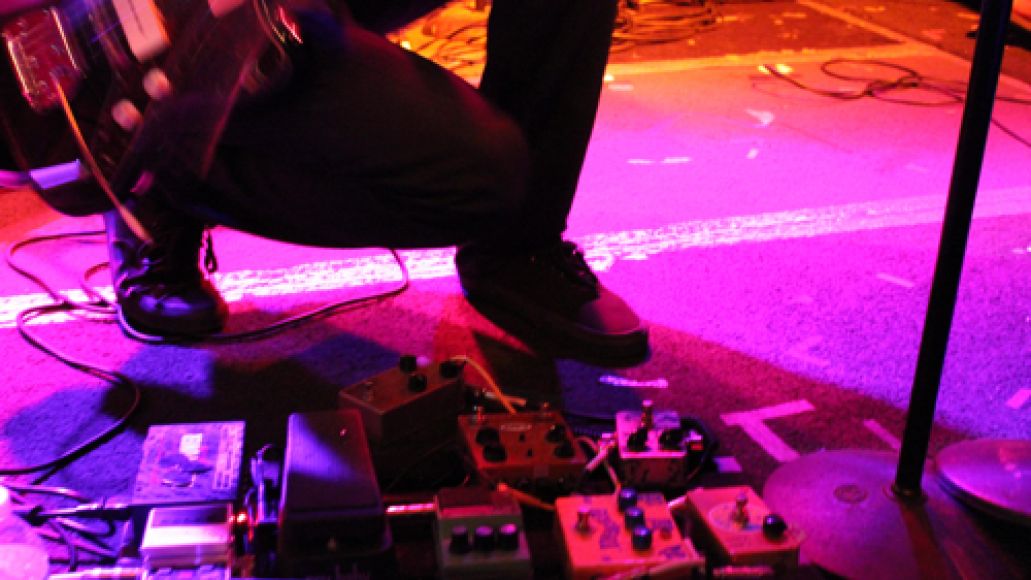 The rainstorm raged outside, but you could only hear the lightning and drizzle between songs, which was somewhat rare. There was hardly a time to breathe! D’Agostino kept the music flowing as he re-tuned his guitar towards the end of each song, viciously swigging water to cool down his sweat-drenched frame. Fans nearby remarked about his overwhelming perspiration — probably because as he rocked away, the fans were doused by him. Gross or rock ‘n’ roll? Nobody complained, so we’ll go with the latter. 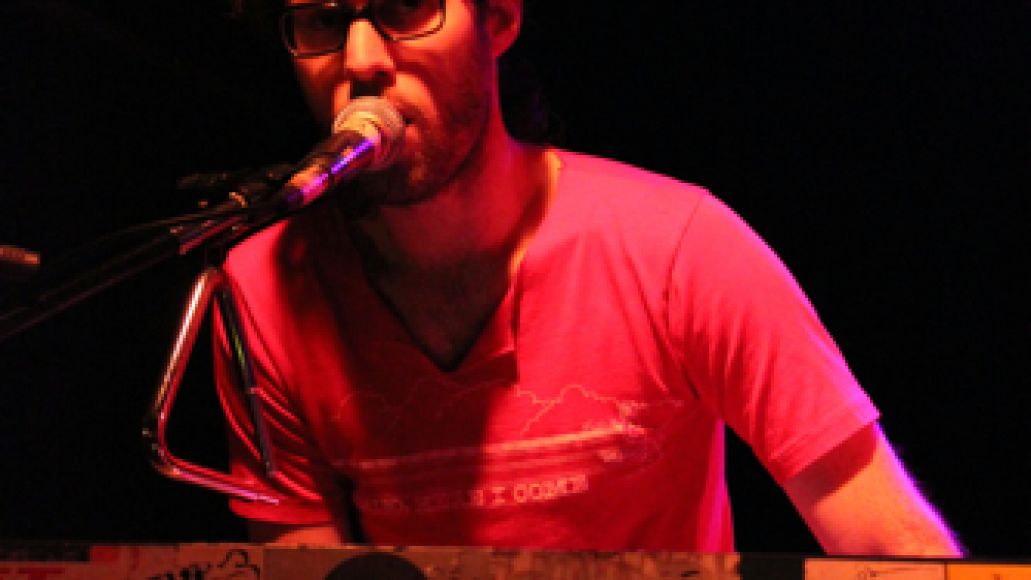 New material came in the tons. Some worked, others didn’t. A few of the tunes unevenly juxtaposed themselves against new favorites like “Wind Phoenix (Proper Name)” and “The Living North”. They carried more of an alternative base than that of the band’s typical shrieking chaos, which made last year’s Why There Are Mountains so intriguing. Others just sort of baffled fans. At one point, after one new track came to an abrupt end, a fan asked jokingly, “That was the ending? Is it over?” Tepid applause followed, which doesn’t exactly bode well for the sophomore material. Nothing to worry yourself over — the band just unveiled its debut, after all — but it never hurts to speculate.

While admittedly the set began to sour some towards the middle, the four brought it home with the epic album opener, “…And the Hazy Sea”. It was here that each member utilized pretty much everything have to offer. D’Agostino skinned his throat at the mic, while eroding his fingers at the guitar, Hamilton turned his duties into an aerobics exercise of techno-wizardry, while Whipple came to life vocally and Miller nearly combusted on-stage.

Altogether, a bill that promised a lot, but became a win some, lose some-scenario. If there’s one thing to take away from the short-but-sweet night, Cymbals Eat Guitars deserve the buzz band title. Though, in hindsight, they don’t really need it. They have enough smarts to put together something prolific. Their debut hints at that, their live show gives glimpses of this. We can only offer them time. Besides, it’ll take some days before our hearing comes back. 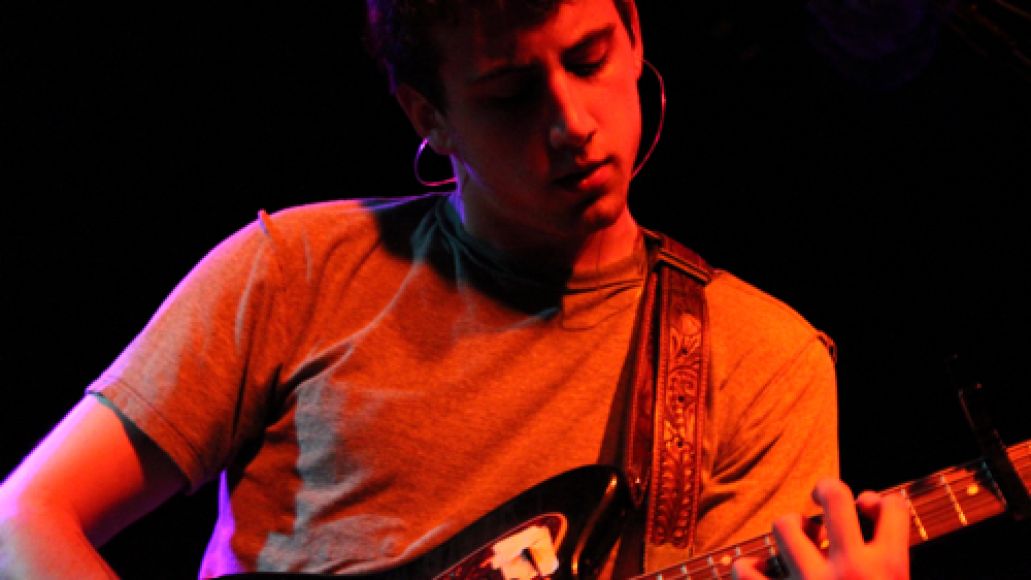 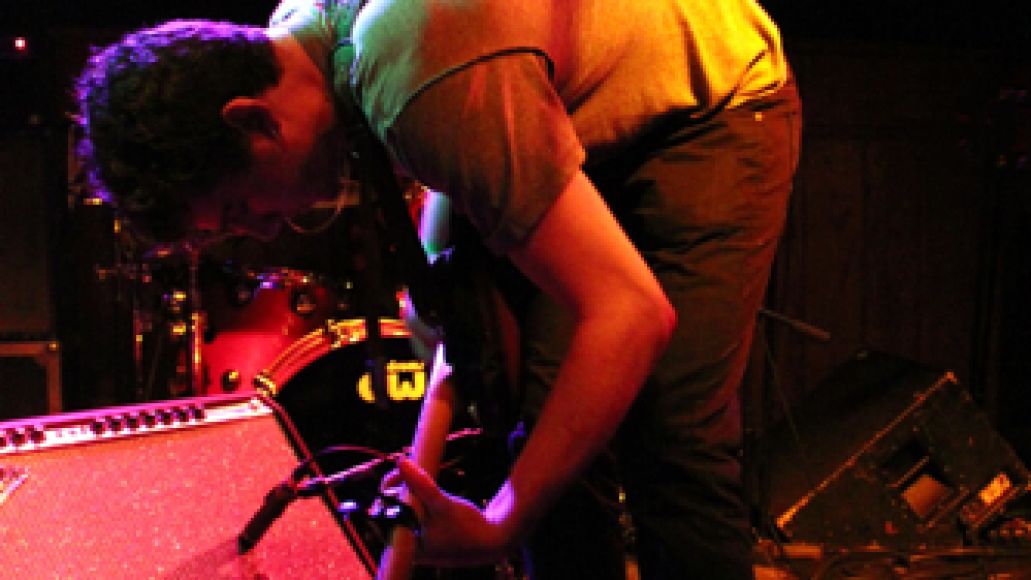 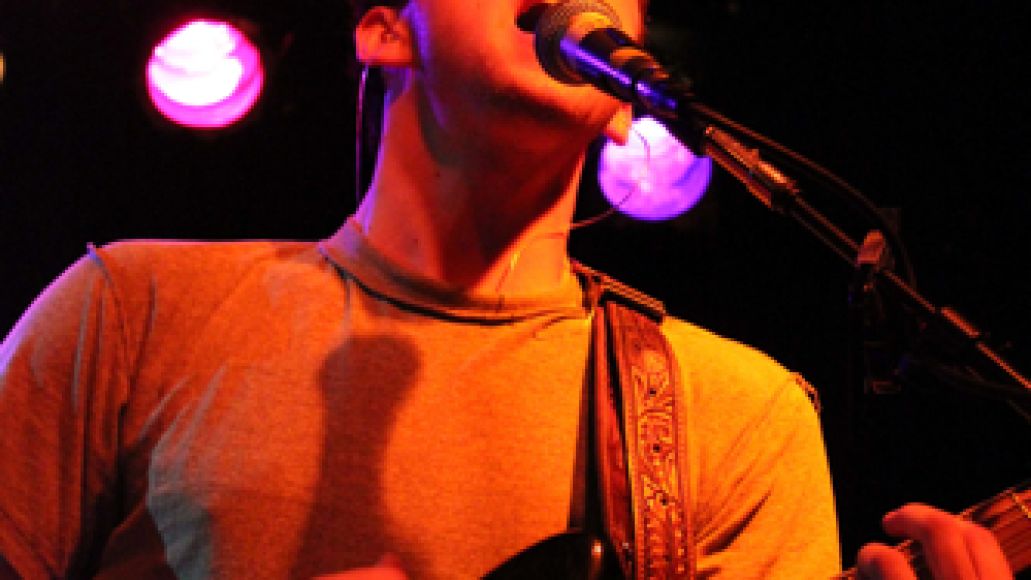