The Baked Potato. No, not the delicious starchy food that can be paired with almost any topping in the world but the venue of the same name. And, yes, you can get a baked potato at the Baked Potato. Positioned on a small corner in Studio City, CA, this small jazz hut is home to some of the most talented musicians this side of the Mississippi.

It’s a small venue that fits roughly anywhere from 50 to 100 people, maybe a bit less, maybe a bit more. So… venue probably isn’t the right word, but it works for now. The Baked Potato is a terribly intimate environment. With booths and tables about five feet directly in front of the small stage, there is no way anyone can complain about not being able to see or hear. This venue has it all, though: a decent PA system, solid acoustics, great people, and great potatoes.

Seriously, this place is known for their potatoes. It is almost customary to order one upon every visit. Imagine any kind of topping, and The Baked Potato will serve it up. They have sauteed tomato and cheese potatoes, egg and maple ham potatoes, hot dog and sauerkraut potatoes, and (one of my favorites) chicken parmesan potatoes. The list doesn’t end there; the hunger is just getting too intense to list any more of ’em. 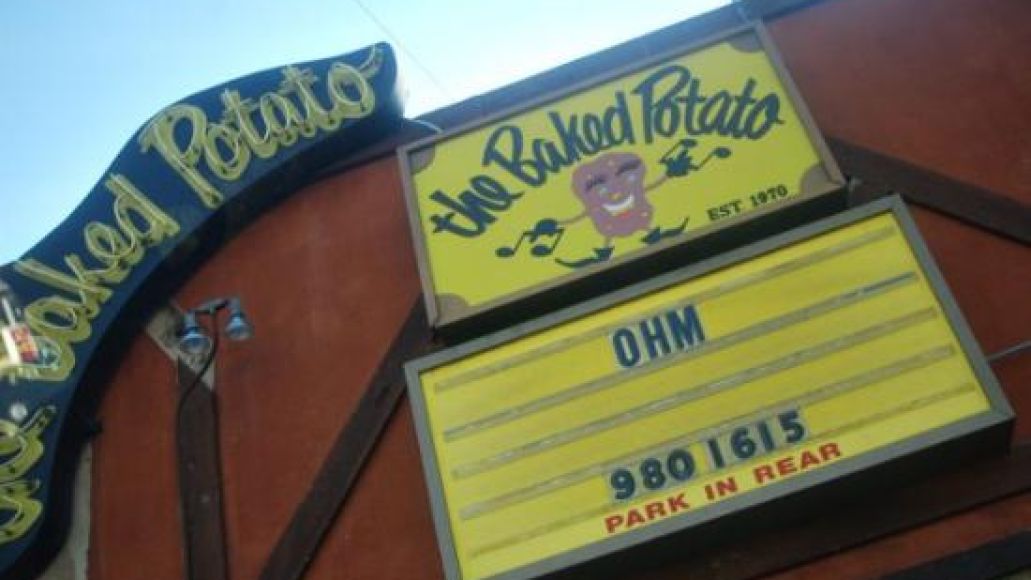 Now, The Spud (get it?) has a consistent line up of musicians playing the small club almost every night. Each and every Monday, they have what is called the “Monday Night JAMZZZ” which consists of Potato regulars John Ziegler and Jamie Kime on guitars belting out and jamming to whatever they feel like playing. The night is also a good time to take advantage of getting up on stage and playing personally with the band. It’s a stage all set up and ready for open jam sessions. Nothing can get better than that. It’s like instrumental karaoke but with a live band…or open mic night…but we won’t bring up any of those embarrassing memories.

The venue always has a constant stream of special guests and musicians. Celebrities even stop in from time to time. Last time I was there John Corbett, the one non-Greek guy from My Big Fat Greek Wedding, randomly stopped in to get a few drinks. Before you know it, though, the celebrities are gone, and you’re left to watch the musicians again. But remember: That’s the whole reason you’re there… right? Well, that and the amazing potatoes, of course.

Where We Live: The Baked Potato - Studio City, CA