Good news! It turns out that I don’t hate the Eagle Rock Center for the Arts. After a recently witnessing a complete failure of a show at the out-of-the-way venue, I was worried that the venue only occasionally offered relevant shows for a reason. But Dead Man’s Bones, the musical project of Ryan Gosling and Zach Shields, is not something that comes around every day. In fact, the group (which also includes the Silver Lake Children’s Conservatory Choir) played one of the best shows I have ever been to during their last stop in town, which was on Halloween appropriately enough. But a little research into this two-night event made it clear that I was not getting the same show I had previously enjoyed. In fact, I was not going to see a show like anything I had previously seen. It is amazing what looking at a flyer or website or literally any advanced media before going to a show can do for your expectations (this goes out to the angry and confused Notebook fans who apparently didn’t bother to read anything about this ahead of time.).

But anyway, based on the strength of their previous shows, I actually thought this would be a good show to bring my housemates, who don’t necessarily have the same musical taste as me. So to judge based on the reactions of people mostly unfamiliar with the band, the show was a success, with a couple posters bought and even some nice autographs from Zach Shields. Judging the show based on my own sometimes harsh, often snobbish, and easily disappointed point of view? It was a rare occasion of the show going beyond the stage and into the audience, the building, the decorations, and the organization. Or as the FYF Website read (the shows producer), “this is not a show, it is an event.”

One thing that having a traditional opener gives you is the ability to run late. So, I don’t know how much of the show I missed by living in Garden Grove, but walking in and quickly finding a spot during “In The Room Where You Sleep” was an instant mood changer, transporting me back months to their last performance and back decades to the 50’s inspired dress and decorations that adorned the room and its occupants. The structure of the show saw the headliner playing three to four song mini-sets with breaks that featured magic, puppets, strange paper cutting, a harpist, and more. In this first mini-set, it was also revealed that there would be new music for this event, something that would probably be good to start with. 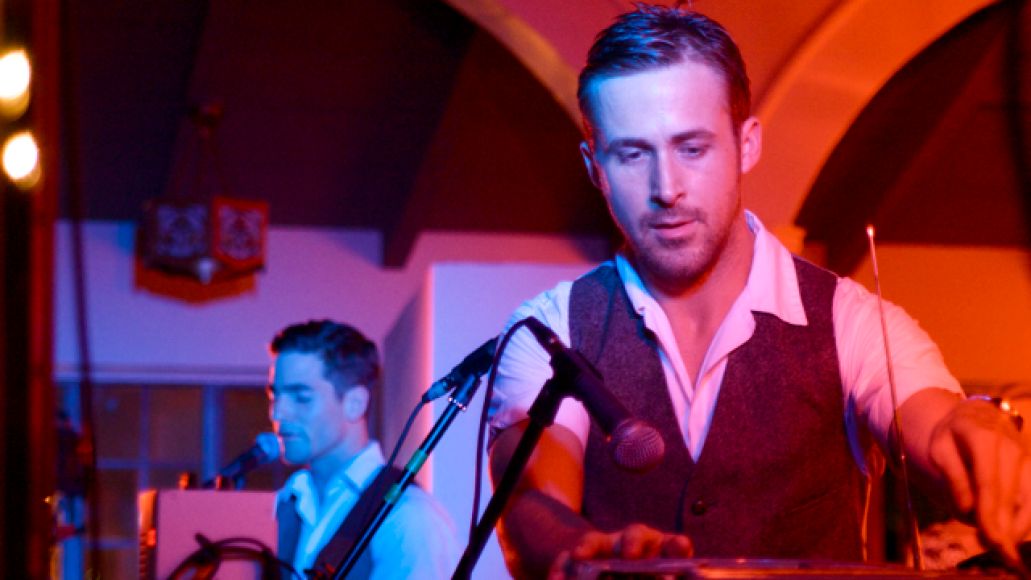 The standout for me was a song led by Zach Shields that included synth beats and the lyrics “Time Is On Our Side”, with a feel evoking both the current Twin Sister album and the classic Clinic song “Distortions”. While Gosling carries a more confident and consistent singing voice, Shields has the ability to go beyond Gosling in range and emotion. And on this song, that is exactly what happened. Other new songs would have to settle for just equally as impressive as the older numbers, which luckily still places them in the top echelon of current music. The “To Die”/”Turn The Lights On” song or songs (a couple of Dead Man’s Bones’ new songs felt like they could end up as two or three songs in the future, and in this ones case, I wasn’t really sure if they were supposed to be heard as one or as two) fits the theme of the first record and though the earlier verses are not the strongest material yet, the latter part really brought the 1st whole mini-set together. Finally, the two new numbers that ended the evening sounded rough, but had moments that clicked perfectly. They just might have been better suited sandwiched between a couple crowd-pleasers

The thing about Dead Man’s Bones is that many of the songs have undergone transformations, both minor and major, since the debut album, Don’t Let A Lack of Talent Get You Down, was recorded. Keeping that in mind, the new songs seem even better when considered blueprints for what will appear on the next Dead Man’s Bones album. A song like “In The Room Where You Sleep” when performed  has a backing part that transforms and greatly improves the already good album version and “Ghost Ship” traditionally involves audience participation, giving the number a stronger peak and elevating its impact. But yeah, the band has a grasp on its strongest material, with the surprising absence of the female lead vocalist who had previously accompanied the group on tour only affecting the set minorly (No “Werewolf Heart”). “My Body’s A Zombie For You” shows the children at their most enthusiastic and “Pa Pa Power” (a song that Shields made clear he thought should end the set) featured the two principals playing piano side by side and ended with a dance party on stage, which I admit(siding with Shields) did make it awkward getting the kids back to their positions. And it was really nice hearing “Name In Stone”, the non-album track that is the finest thing they have written to date. 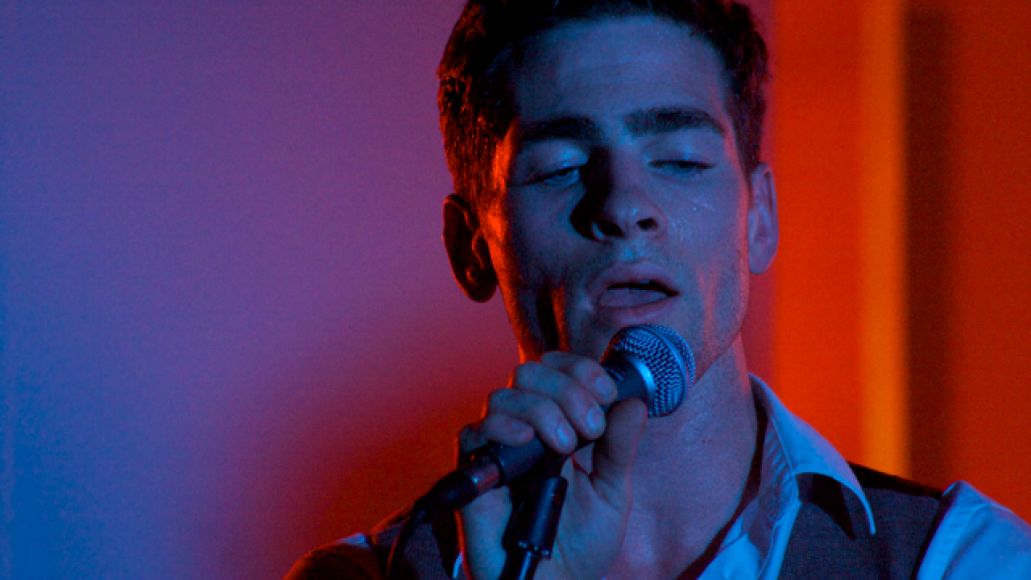 The rest of the program saw varying success in its effectiveness, but it wasn’t really about loving everything. I could have done without two of the students performing “Bad Romance” and “House Of The Rising Sun”, (the latter, I admit, did bring down the house) but the evening was about the spectacle of performance and the joy was seeing so many different levels and types of artists sharing their craft. I mean, I don’t know what that “Business Trip” number was all about, but it was weird, funny, kind of catchy, and something I won’t soon forget. And seeing them play coach and backing band through that song revealed the greatest pleasure I get about seeing this band. It’s not the fact that they use kids or that the kids are cute and talented, it’s watching them work with the kids and treat them with the kind of respect that children long for. Both band members spend more time watching and coaching the children than they do looking at the audience, clearly living and dying with every success and failure.

You always want to see a performer who loves what they are doing and obviously Gosling doesn’t need to be doing this for money, fame or notoriety. He could easily have a label give it multiple times more press, but the two guys take pride in that they are doing this themselves, learning to play every instrument, creating their own sound effects, and even producing their own viral music videos. The one guy who doesn’t need to be DIY is Ryan Gosling, but this is his love, Shields’ love, the children’s love, hell, it’s the weird ass magicians love too. And though the selfish part of me wishes we saw a little more of the band, I’m sure there will be more traditional shows in the future. I mean, Halloween is right around the corner, right?