Ah, New York. The Big Apple. The City That Never Sleeps. While these are phrases you’ll almost never hear a native New Yorker say, it’s clear to anyone that NYC’s impact on the global community can’t be overlooked. It’s been the undisputed financial, political, and cultural center of the world for the last century and shows no signs of giving up the title. Just try and look for an apartment there.

Throughout the five boroughs, New York has been both a home and source of inspiration for many musicians over the years. There are few (if any) cities that have been written about as much as New York has. But which songs belong at the top? Which numbers show the style and the swagger? The class and the crass? Which can move between the skyscrapers and the subway?

You’re probably wondering: Why celebrate New York now? Shouldn’t you have posted this after the Yankees won last year? Yes, the opportunity seems a bit late, but not really if you think about it. New York thrives on “keeping it real” and trademarks itself on setting the precedent for everything. So, to answer your question, there is never a better time to write about New York City. Simply because, New York City always “is.”

Well, let’s be honest. With the Northside Festival next weekend, we’re pretty stoked about being around Brooklyn lately. Not only do we get to have our own lil’ soiree, but we get to enjoy the likes of Titus Andronicus, Wavves, Fucked Up, Liars, High Places, and a slew of other pretty hot acts. We might just have to dig out our “I Love New York” shirts for the weekend.

Just kidding. Anyways, here are your top 10 songs about the world’s cultural mecca. 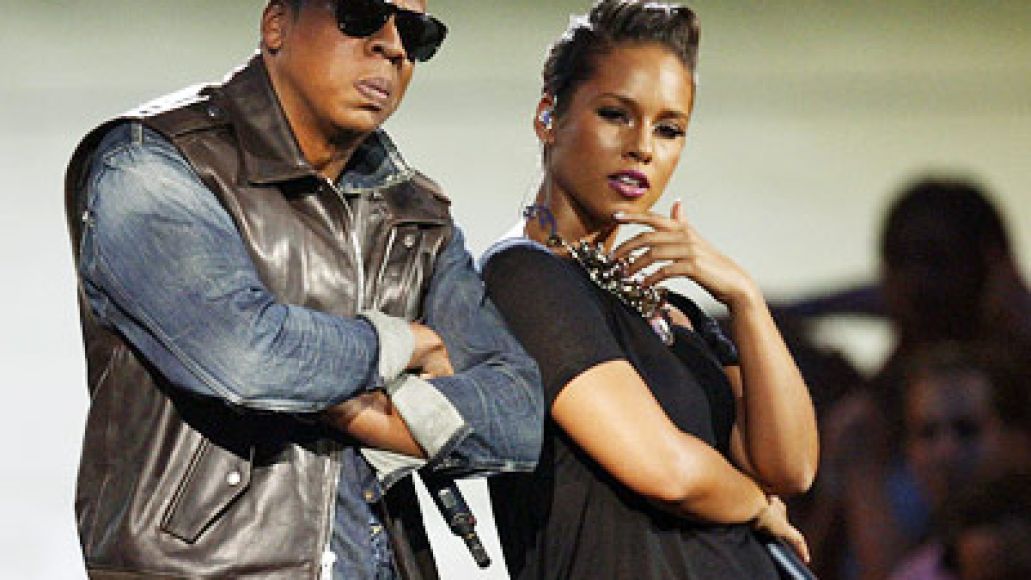 While Jay-Z been a superstar for quite some time now, he took it to a new level with this ode to the city he was raised in. With a soulful piano provided by Alicia Keys, “Empire State of Mind” brilliantly has Jay-Z’s verses reflecting his rise to the top along with the different areas of New York he spends his time in. From the streets of Brooklyn to the celeb neighborhood of TriBeCa, Jay-Z essentially wrote a sequel to Frank Sinatra’s “New York, New York”, showing how he made it where he is, and even having the New York attitude to suggest that he makes “the Yankee cap more famous than a Yankee can.” Keys belts out a more traditional chorus about how inspirational the streets of New York can be. Since it’s less than a year old, “Empire State of Mind” still has to withstand the test of time, but it doesn’t look like it’s going away any time soon. 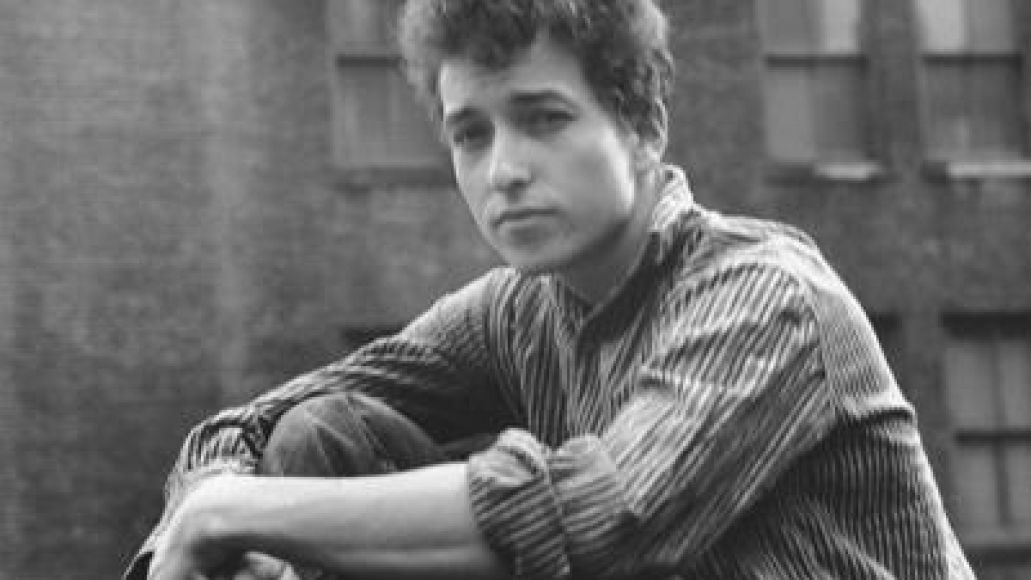 One of the two original compositions from Bob Dylan’s first album, “Talkin’ New York” is standard Dylan fare with a fairly frantic acoustic strumming and harmonica interludes. But the lyrics are spit out rapidly with Dylan only taking a break before the last line of each verse. The story of his arrival in New York takes in everything, from the city’s size to his search for a job. However, it’s the second to last verse that shows the development of Dylan’s wit, when he says “A lot of people don’t have much food on their table/But they got a lot of forks ’n’ knives/And they gotta cut somethin’.” From a stranger’s perspective, New York can appear both exhilarating and terrifying. Dylan manages to show both of these sides in just the course of three minutes. 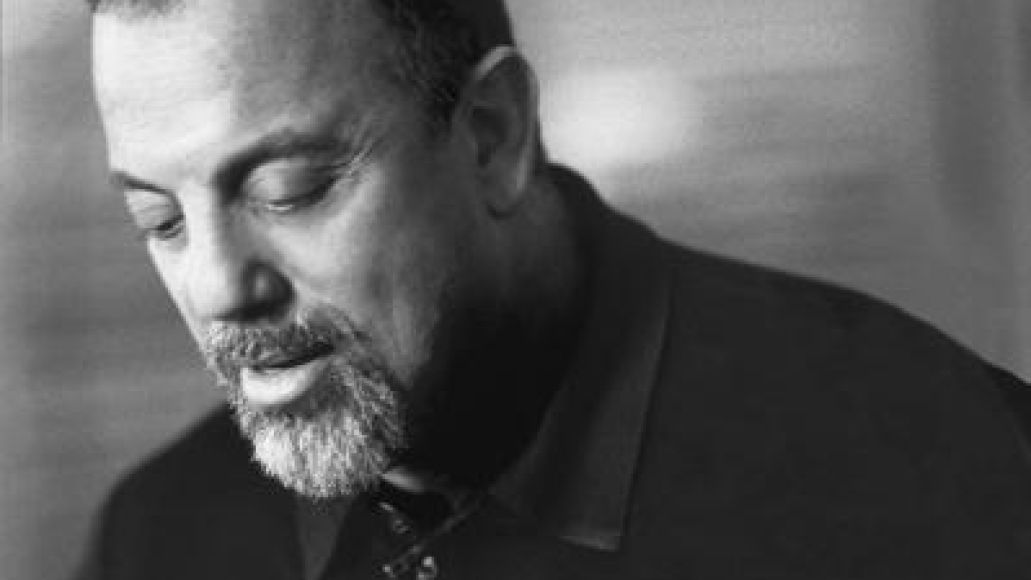 Probably one of the most famous songs about New York, Billy Joel’s ode to the city is based on his return to the East Coast after spending the last three years in L.A. The slow, jazzy piano evokes images of a smoky lounge in Greenwich Village. Joel’s delivery and lyrics all paint the city as a lost love that he’s finally returning to. While he could be partying on the West Coast, he needs “A little give and take/The New York Times, The Daily News.” The sense of normalcy that comes from the bustling streets of Manhattan offers a unique experience that Joel can’t do without. While he may travel the world, it looks like he’ll always make his way back to New York. 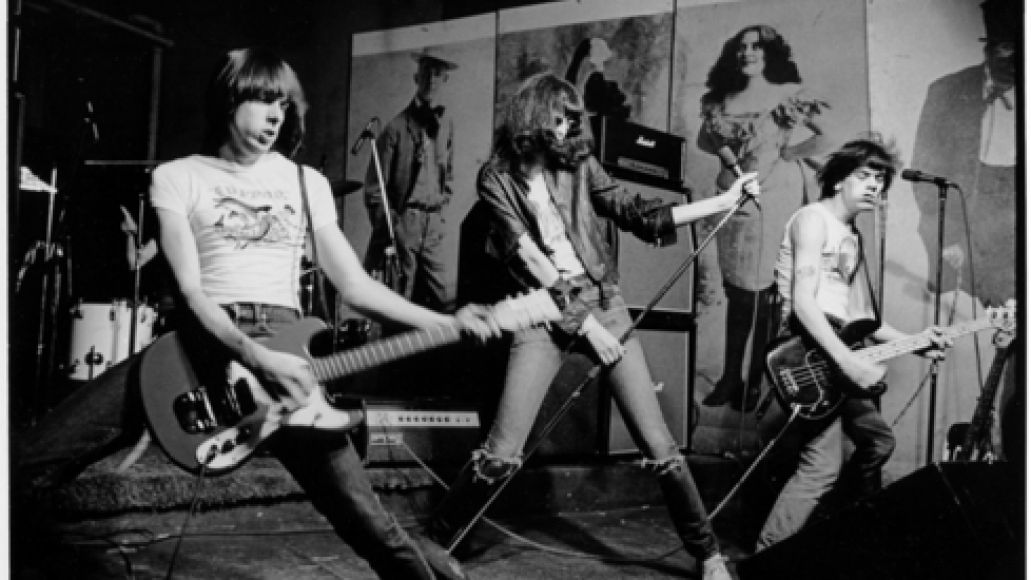 While many of the above songs have hinted at the dark underbelly of New York, The Ramones “53rd and 3rd” really came across as gritty in every way. From the angry guitars to the shouting delivery to the lyrics, this song isn’t from the band’s point of view. Instead, it’s the story of a Green Beret who served in Vietnam who falls to prostitution as he tries to pick up customers from the street corner mentioned in the title. When Joey Ramones sings, “Don’t it make you feel sick?” he almost vomits the words out, adding to the character’s disgust at how far he’s fallen. The entire song shows that not everyone is cut out for New York and many wind up falling into an underworld of crime in an attempt to make ends meet.

6. Beastie Boys – “No Sleep till Brooklyn” 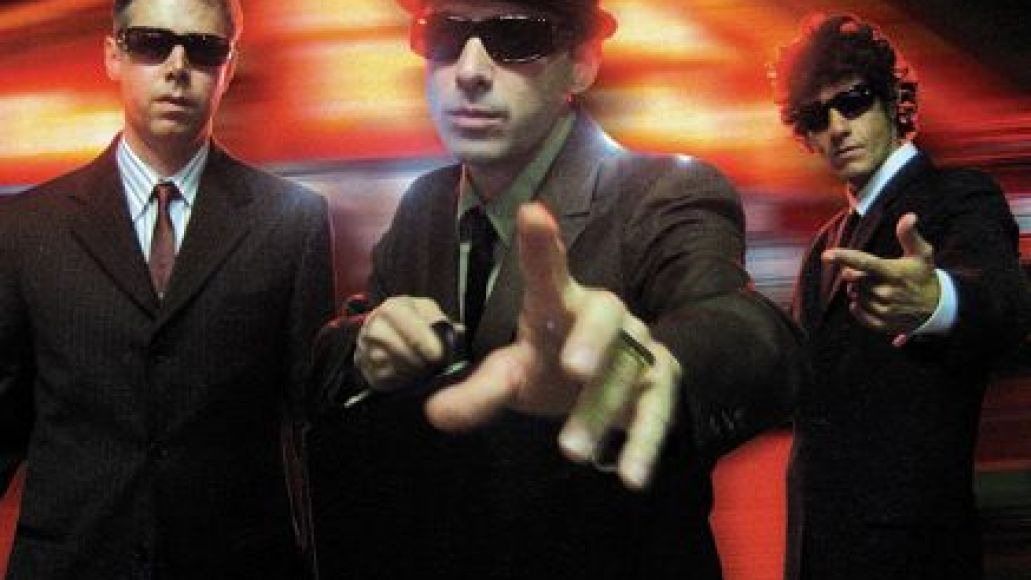 The most fun song here is by none other than New York natives, the Beastie Boys. Different than most other tracks on this list, the lyrics contain hardly any references to the city. Instead, it’s all about the band’s life away from home. The touring, the hotels, the partying. All of these lines on what a great time they’re having traveling around the world are the complete opposite of the “No! Sleep! Till Brooklyn!” chorus, which is a call to go home. Maybe they’re saying they love playing live in their hometown the best. Maybe they want a break from their all their adventures to spend time at home. Who knows? But the fact that the line has become part of everyday vocabulary (no sleep till insert location here), coupled together with that kickass riff, cements its place in the top New York songs. 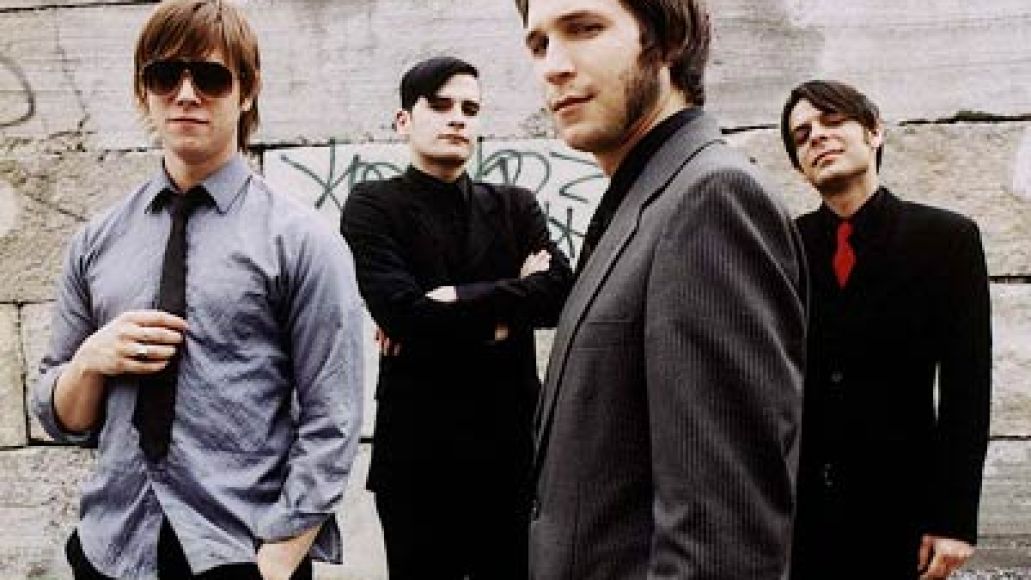 Interpol’s tribute to New York is a decidedly sad affair in which the protagonist only finds hope from the city itself. Despite the fact that the feeling doesn’t appear mutual (“The subway is a porno/The pavements they are a mess/I know you’ve supported me for a long time/Somehow I’m not impressed”), the city is still there for him, day in and day out. The sluggish guitar riff gives a feeling of wandering aimlessly through the city streets at night. At the end of the song, the realization comes that New York’s done its part to support those who live there. Now it’s the inhabitant’s turn to make something of it (“It is up to me now, turn on the bright lights”). 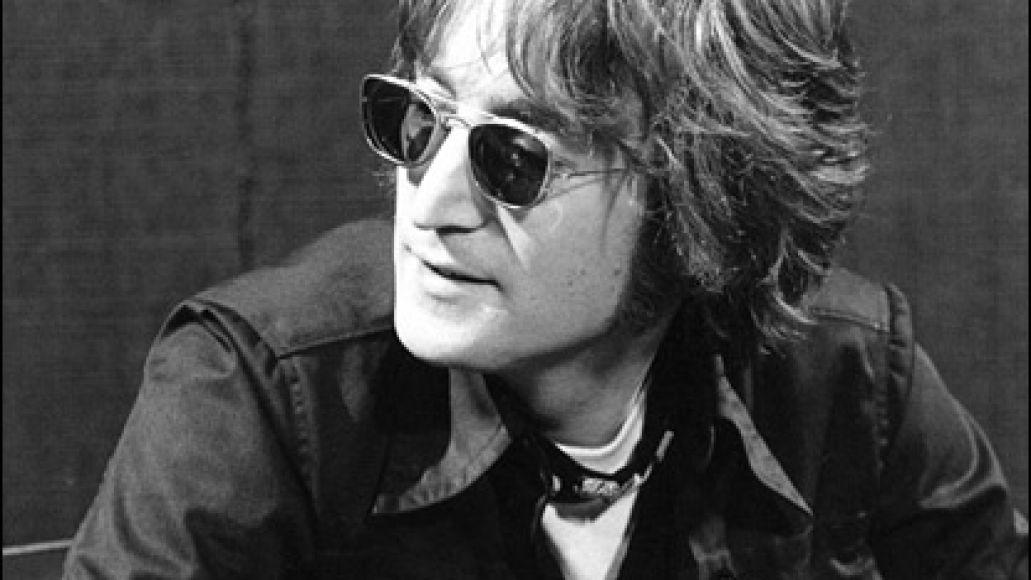 If there’s any song that showed the juxtaposition of the five boroughs, it’s “New York City” by John Lennon. From David Peel smoking some pot to the policeman trying to do his job to the crazed preacher, the scene is familiar to anyone who lives in New York. Seeing homeless people asking for change across the street from Lincoln Center is part of everyday reality for New Yorkers. As we’re so focused on our own packed schedules, we have trouble noticing the people around us. Lennon mentions this as well, singing “Tried to shake our image/Just a cycling through the village/But found that we had left it back in London/Well nobody came to bug us/Hustle us or shove us/So we decided to make it our home.” For those of you wondering why New York is a hot spot for celebs, this is one of the biggest reasons.

3. The Velvet Underground – “I’m Waiting For The Man” 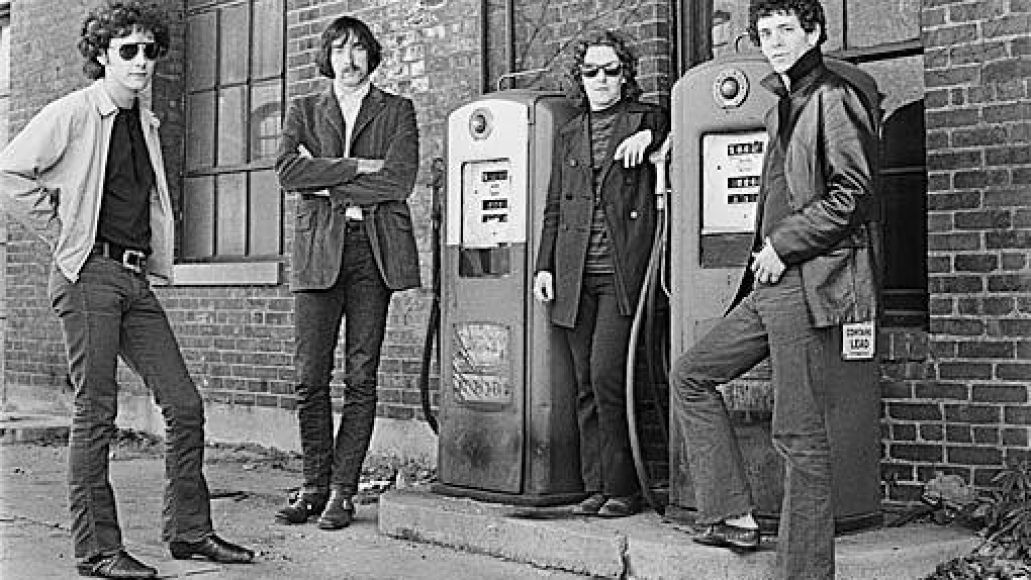 If “53rd and 3rd” came across as a gritty look at New York’s dark underbelly, “I’m Waiting For The Man” grabs you by the throat and shoves you face-first into that grimy environment. With the instruments sounding a little dirty, the music evokes images of a heroin addict struggling to make it up Lexington Avenue to meet his dealer for his next fix. The song also goes into race relations within Harlem during the 1970s. While the user has to wait for the man, he does get his fix (“He’s got the works, gives you sweet taste/then you gotta split because you got no time to waste) and will go on until he needs his next one. Though this track has a similar theme as The Ramones’ New York song, it takes to a far deeper level of dependence by throwing drug usage into the mix. It displays some of the worst the city has to offer, highlighting the crime and none of the class. 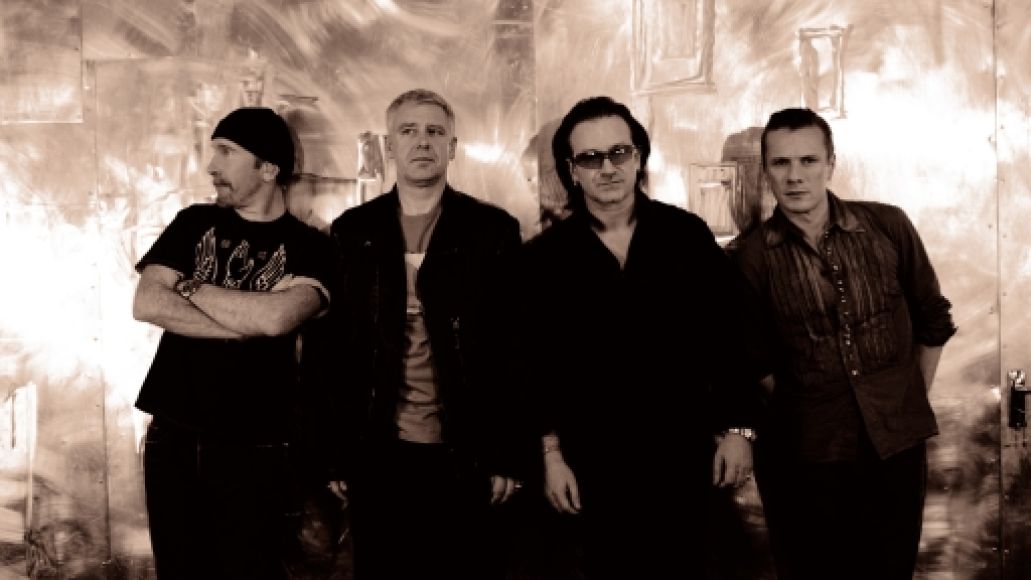 While U2 wrote this song for Martin Scorcese’s Gangs of New York, “The Hands That Built America” goes far beyond that time period. Each of the song’s verses represent a different era in New York’s history. The first verse has the strongest connection to the film as Bono sings about the emigration of millions of Irish to America due to the Potato Famine and the change that awaits them there. The second verse relates love to the American Dream and that hard work can lead to prosperity. The final verse brings the song to the near-present, talking about 9/11 and “Innocence dragged across a yellow line.” While it’s not the most popular U2 song about New York, it is the most powerful, dealing with some of the best and worst time periods in the city’s history. 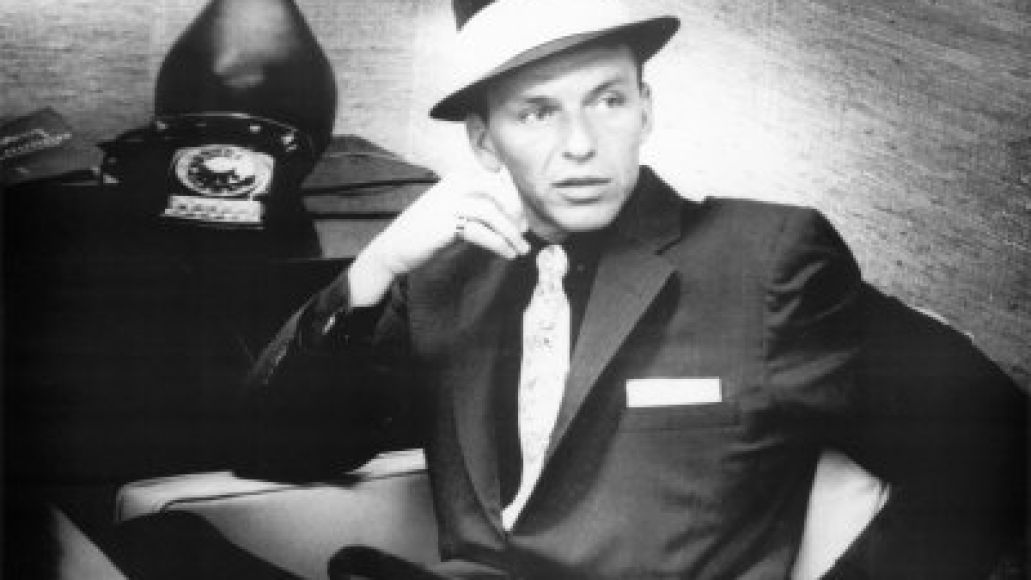 Yeah, it’s a cheesy and obvious pick. But Frank Sinatra’s version (it was originally written for Liza Minnelli) of this song is the quintessential New York track. From the opening line of “Start spreadin’ the news, I’m leaving today/I want to be a part of it: New York, New York,” you’re instantly transported to midtown Manhattan. It’s heard everywhere in the city, including after every game at Yankee Stadium, or after the ball drops in Times Square on New Year’s, or during Columbia & NYU’s commencement ceremonies. Yet there’s a good reason for this. The song perfectly illustrates New York’s classy and ballsy attitude. New Yorkers know that since they made it there, they can make it anywhere. But they’d rather stay right where they are, just like how Sinatra wants to “wake up in a city that never sleeps.” Showing all of its good sides, “Theme From New York, New York” is the best song about the city. Bar none.