Elegance and orchestral music go hand in hand. When listening to beautiful violins and cellos and all of the other magnificent instruments used, a complimentary setting would entail a vast room made almost all out of the finest hardwood. Most music zealots would call the construction of one such room impossible, but I am here to tell you that a music hall of the above description does exist and it is a truly transcendental experience. Actually, it is considered to be one of the most acoustically sophisticated concert halls in the world.

The Walt Disney Concert Hall was first proposed by Lillian Disney, Walt Disney’s former widow. In 1987, Lillian Disney donated a large sum of money to the City of Los Angeles in hopes that a grand hall would be put into the works. After years of delay, architect Frank Gehry and acoustician Yasuhisa Toyota finished the concert hall; October 23rd, 2003 marked the grand opening of the extravagant building and has brought to its stage renowned musicians from all over the world.

Although largely based only on classical endeavors, the music hall also opens its doors to foreign pieces from other countries. Conductors and musicians from anywhere and everywhere can come to the Walt Disney Music Hall and perform their little slice of home for all willing to listen in Los Angeles and if listening is what the people come to do, a great listen is what they’re going to get. The hall is covered completely in hardwood which is used to create the best acoustics possible. The volume is just right and sound distortion is nonexistent.

The hall is small and fits roughly 2,000 people into its delicate area which guarantees a genuine intimacy when coming, visiting, or staying a while. Actually being able to feel the true vibrations of the instruments being played is a strange and beautiful experience that everyone should witness at least once in their lifetime. Oh, and the custom organ that sits in the center of the stage is breathtaking and incredible. 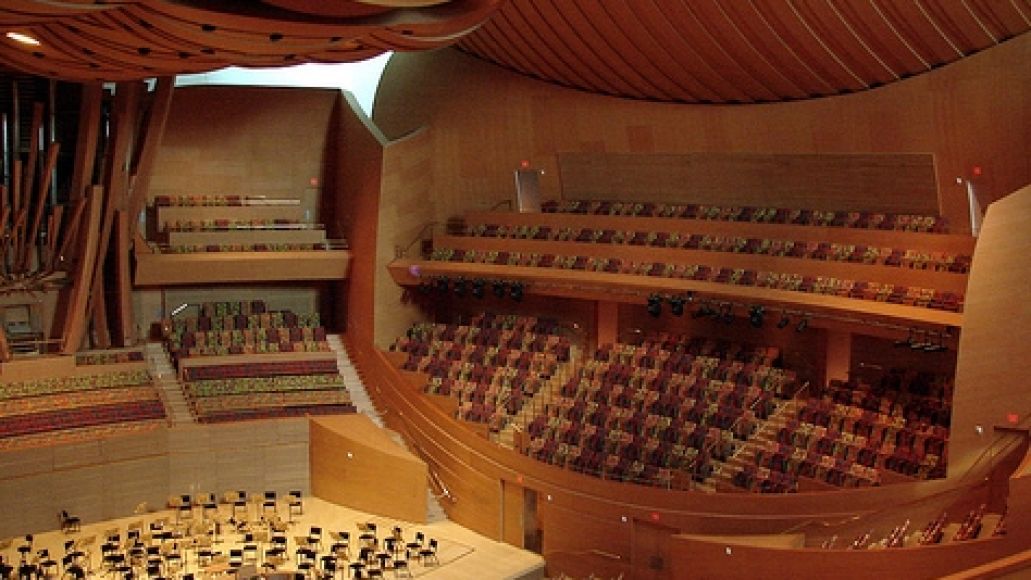 When leaving the Walt Disney Music Hall, a strong feeling of longing to return washes over the listeners immediately as they step outside of the building. Walt Disney already built Disneyland but this stands as an achievement all its own. The Walt Disney Concert Hall is home to the L.A. Philharmonic and allows only the greatest in orchestral music to be performed. It really is the perfect date scenario: classical concert, drinks, and a late night after all of it. It doesn’t seem to get too much better for L.A. these days.

Although frozen in time, Disney should be very proud at all he has left behind.

To view a complete schedule of upcoming events, click here.