Ah, music videos. You win some, you lose some. Hook up an artist with the wrong director and it could be disastrous. Find some gifted art guru that really understands the band and you’ve sold the act. At the end of the day though, you’re usually left with something entertaining. It just depends on whether you’re laughing or rubbing your chin in awe.

With The Boss, you’re likely to do a lil’ bit of both.

Depending on what decade you’re revisiting, Bruce Springsteen can make or break your feelings toward him. Dive into the ’70s, you’re going to find the man at his peak: a scruffy rogue on the edge of tomorrow, but always looking back. Covers for The Wild, The Innocent,& The E Street Shuffle, Darkness at the Edge of Town, The River, and naturally Born to Run, all reveal a slim narrator that looks and sounds like an honest American songwriter taking a shot at creating a timeless image. It’s what comes shortly after where things get a lil’ fuzzy.

If you don’t really “get” the decadent, overblown aura of the ’80s, videos for “Dancing in the Dark” or, what we’ll be discussing here, “Glory Days” may come off as self indulgent, bloated, and cheesy. Tight jeans? Sweaty muscles? Playful dancing? Are you fucking kidding me? What’s worse, there’s this whole underlying message that Springsteen, aka The Boss, really is just “one of the guys.” Considering he was selling out stadiums and Born in the U.S.A. swept the charts week after week, you’d think this image would be a hard sell. It wasn’t though, at least not to the masses. 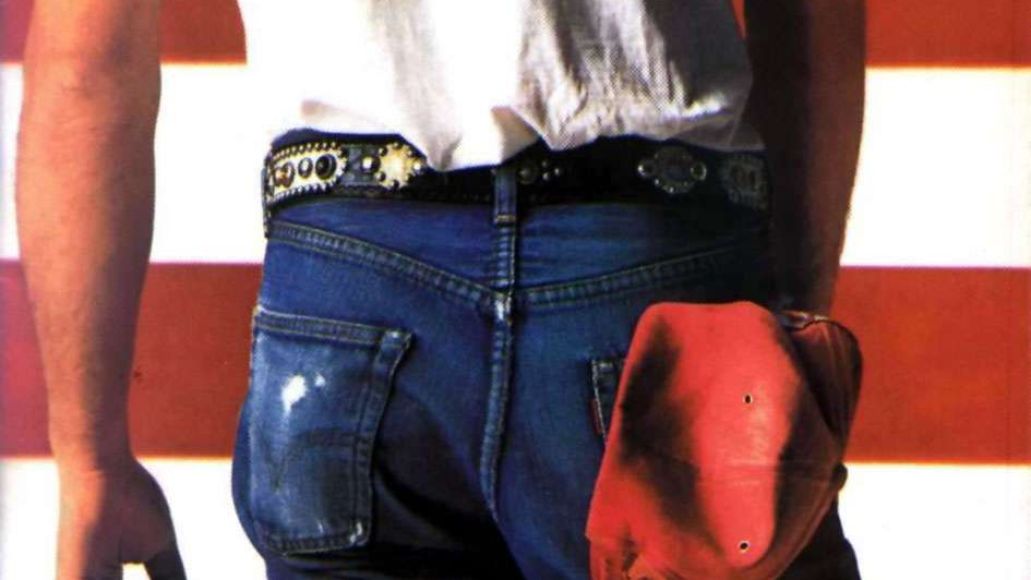 But, in hindsight, there’s not much to really “get” about the ’80s. If you’re old enough to remember even one image from it (or you’ve seen 1997’s The Wedding Singer), you’ll probably conjure up snapshots of checkered floors, pastels, and lots and lots and lots of toy commercials. (To be honest, I miss these aspects, but whatever.) Springsteen, however, wasn’t any of that. Sure, looking back, the whole act seems atrocious, but it wasn’t. Here was a guy that used synthesizers, who embraced the trademark sound of the ’80s, but kept it real. People really dug that. They still do. Only now it’s a little more honest. It’s less tacky and more inherent. Though the Southern drawl and the cowboy hat during “Outlaw Pete” might be pushing it. We’ll let that slide, however.

Still, we can always revisit the past, specifically those aforementioned videos. Now, if you’re in for a good laugh but without all the guilt (see: Bon Jovi’s entire video collection), you’re probably safe with anything involving both the ’80s and The Boss. Everything we’ve just discussed bleeds and oozes from every corner. Save for Born in the U.S.A.‘s album cover, and its respected singles, you don’t really pick up on this. The music’s vivacious, the orchestration lifts the spirits, and the harmonies make you feel like you’re in a pub with friends. Oddly enough, it’s the only album that makes me feel like a blue collar worker, worthy of a cold Miller High Life and a pat on the back. There’s a reason for this.

All these images come from one video: “Glory Days”.

Directed by John Sayles, who’s known for making films that look like B-movies yet have relevance in college history classes, “Glory Days” finds Springsteen playing the song’s troubled former baseball player. It opens with The Boss working a hard day at the ol’ mill, sitting on some construction equipment deep in thought. Once it dissolves, we’re on the pitcher’s mound with him, where he’s about to throw some fast ones at a wooden backstop. He’s not alone, though. He’s with his thoughts.

After a series of pitches, things slow down and the iconic guitar riff starts up. It’s then, and only then, that we’re rocking. So hard that we’re now in a bar where the actual Boss, not the baseball player/construction worker, is entertaining a slew of similar hard workers as they down beer after beer. There are three things to note right off the bat: Springsteen’s patterned shirt, Clarence Clemmons’ hairdo (Bobby Brown would only steal it years later), and Steven Van Zandt’s anorexic-like frame. Really, at this point, you’d never in your wildest dreams think he’d be playing a roughneck like Silvio Dante. Never.

As the nearly six minute clip unfolds, we’re left to feast on a variety of dazzling images. Who can forget Springsteen chugging a beer on America’s life raft, the Laz-E-Boy? How about the dorkiest moment of Max Weinberg’s career? (It comes in at the 3:54 mark.) Or, the only time in rock ‘n’ roll history (at least that comes to mind) where a mandolin solo literally pulls in the band for a spotlight moment? These are all here. 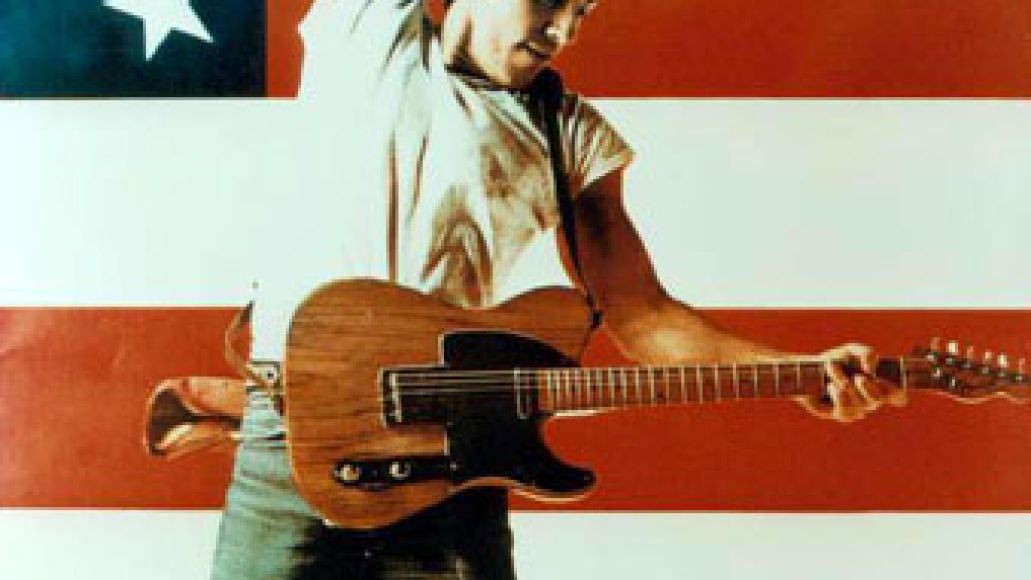 It’s not that it’s cheesy. It is and it isn’t. It’s just weird. If you’ve seen Springsteen and the E Street Band in the last decade, this whole charade comes off as a gag. (It definitely gave some ideas for Ben Stiller, who designed a whole recurring sketch titled, “Legends of Springsteen”.) Simply because it’s just not really indicative of them anymore. They still rock, sure, but it’s not for any camera and it doesn’t feel so damn showy. It’s all for you. Maybe that’s what Sayles tried to capture – and you can argue he did – but nearly 30 years later, it just comes off as a knee slapper.

But to play the Devil’s advocate, this video, and the rest of his ’80s videography, built upon this idealistic image of The Boss. A part of the reason why people remember him is because of these videos. They took this image that he established in the ’70s and made it a global brand. And although The Boss spent the better part of the ’90s writing that brand off, it still leaks through today, especially since he’s back selling out stadiums and arenas and has pretty much convinced us he’s the best entertainer out there.

In actuality, what the “Glory Days” video does is subconsciously let fans feel like Springsteen is still one of the guys. You wouldn’t feel it watching these videos now, but collectively and over time it’s become a part of his character, a character that the majority of us are sold on. The aforementioned Ben Stiller parody comes to mind. In the first (and most notorious) clip, Andy Dick plays a working class guy at a bar, who tells us that: “Springsteen’s in town. I couldn’t go because I couldn’t afford the tickets. So I’m in this bar, drowning my sorrows, and suddenly the doors open. And who walks in but the man himself.” It’s funny, but this is the stuff that sells Springsteen. Because in reality, the majority of us probably can’t afford the tickets either and while it’s highly unlikely we’d ever see The Boss step into our local dive bar (or clean our shoes), it doesn’t seem out of character. That’s just who we’ve been sold on, as ridiculous as it sounds.

So, if you haven’t bought in yet, here’s your chance…