Whether you like him or not, Wes Anderson is one of my generation’s great directors. He was able to launch the careers of Jason Schwartzman and his college friends Owen and Luke Wilson, as well as create a new hip aesthetic to film that, while at times strays into the pretentious, influenced a lot of modern filmmakers. All but two of his films have been add to the Criterion Collection (he has six to date, and one was just released last year), and Martin Scorsese named Anderson’s very first full-length film, Bottle Rocket, one of his favorite films of the ’90s. Anderson’s first film. I would say that’s not a bad place to start.

On top of all of his filmmaking prowess, Anderson also develops some pretty fantastic soundtracks. Iconic moments such as Luke Wilson’s suicide scene in Royal Tenenbaums wouldn’t have held as much weight if it didn’t have Elliott Smith’s “Needle in the Hay” behind it, or the great closing dance sequence of Rushmore as Max Fischer dances with Miss Cross while The Faces’ “Ooh La La” starts up lightly. In Anderson’s Bottle Rocket, he employs, for the first time, Devo’s Mark Mothersbaugh— who has become a frequent collaborator with Anderson on his films— to create a jazz and Latin-tinged soundtrack that scores the movie wonderfully and adds the perfect amount of Devo quirkiness to the scenes.

For the opening segments of the movie, Mothersbaugh uses some great jazz instrumentation as well as an upbeat track from Oliver Onions (“Zorro’s Back”) to give the opening robbery sequences and planning scenes a quirky backdrop for Owen and Luke Wilson’s characters (Dignan and Anthony, respectively). The muzak-sounding score for Dignan’s “rescue” of Anthony from the voluntary hospital sets the mood nicely as Anthony climbs down the side of the building with the aid of his doctor. The next big song is the Gene Krupa-esque drums playing during the bookstore robbery scene. It gives the scene a great urgency and drive while Anthony and Dignan flounder on screen, which is followed by a short jazz piano solo for the celebratory scene after the big heist.

Mothersbaugh then quickly switches things to a more Latin feel once Anthony meets his love interest Inez at the hotel the guys are hiding out in. For the next long section of the film, the soundtrack’s incidental score keeps its Latin touch to give you the feel of the border town they are holed up in with Inez and her fellow Hispanic friends/workers. The touching scene where Anthony asks Inez if he can have the picture of her sister from her locket has a great electric piano and percussion backdrop that keeps a bit of the quirkiness, but also adds a cute samba rhythm. The soundtrack uses a couple more actual songs for the Latin section, this time from Rene Touzet (“Pachanga Diferente” and “Mambo Guajiro”).

Mothersbaugh then creates a fantastic coupling of music and tracks to signal the transition from the hotel back to the characters’ hometown by using elements from an earlier score before they left town and from his Latin theme to underscore Anthony’s departing scene. He then uses the fantastic upbeat track from The Proclaimers called “Over and Done With”, from their This is the Story album, to underscore Dignan’s big exit. The Proclaimers track, in my mind, shows that they are more than just a one hit wonder after their “500 Miles” track from Benny and Joon. And actually, This is the Story is still one of my favorite albums.

After the transition, Mothersbaugh returns to his great jazz score for the planning and subsequent execution of the gang’s big heist of the cold storage facility. He uses another Oliver Onions track (“Seven and Seven Is”) to kick us back into the peculiar and hilarious mood just before we meet Dignan’s guru (and former boss at his landscaping job), Mr. Henry. Mr. Henry’s theme is a swinging flute and drums track that is perfectly befitting James Caan’s character. Mothersbaugh continues using the jazz flute to its full capacity in the following scenes while Mr. Henry is around and trying to convince the rest of Dignan and Anthony’s gang to join in the heist. There is then an up-tempo score for the debacle that becomes of the cold storage heist that ends with just the right twinge of sadness for the scene. 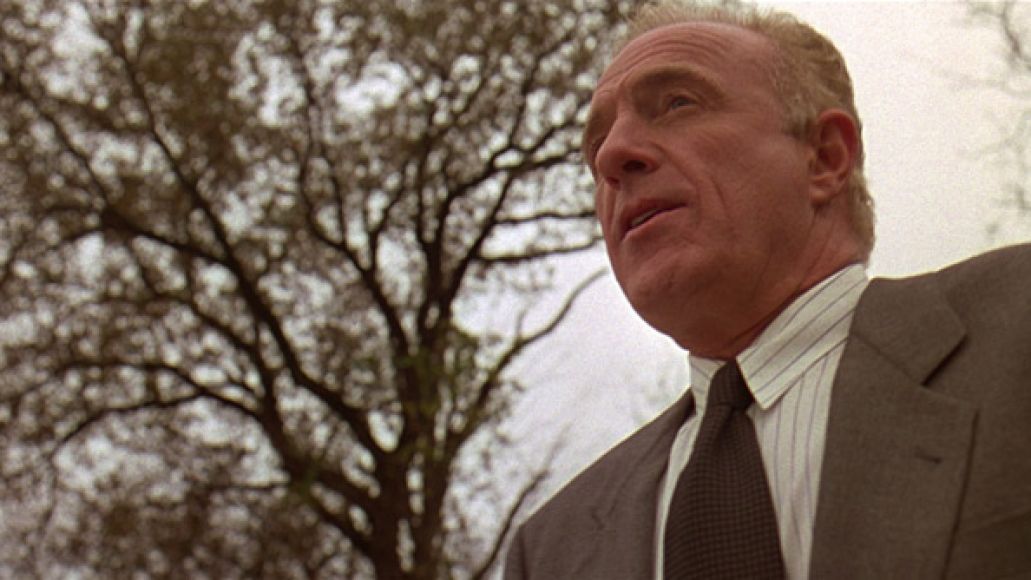 The last few tracks of the soundtrack are hopeful in nature, as Anthony and the gang’s getaway driver Bob visit Dignan in jail, and they talk about their respected futures. Mothersbaugh is able, as he is throughout the score, to give the scene the necessary levity and hope to befit Owen Wilson’s amazing Dignan character. It never gets too serious or too silly. He is able to stride the line very well throughout the movie. The movie then ends perfectly with The Rolling Stones’ “2000 Man”, which doesn’t end up on the CD version of the soundtrack (due to licensing rights, no doubt).

Overall, the soundtrack includes most of the incidental music used in the score, so there is a lot of mere instrumentals on the album, but Mothersbaugh has created such solid songs that even if you don’t know the movie as well, it’s still an entertaining album. With the addition of the Latin tracks from Rene Touzet, the Oliver Onions tracks, and The Proclaimers track, it makes for a solid listen. It would have been nice to have the Love and Rolling Stones songs on there, but without them, the album still holds up well. Mothersbaugh created a great score that fits the shifts in scene and mood in the movie very well, and gives Wes Anderson’s first film just the right push from indie cult movie to the kind of film that even Scorsese could love. And that’s a recommendation that any filmmaker can cherish.