By now, you’ve probably memorized your Lollapalooza schedule, plotted out your escape routes throughout Grant Park, and arranged your late-night activities post-show. It’s expected this late in the game. However, odds are you forgot about Thursday – especially you folks coming in from out of town. That’s okay, we got you covered.

As we stated last week, we like to party. A lot. (I’m more of a dinner and a movie guy myself, but collectively speaking, the site’s a hub of party animals. Just ask Chris Coplan, E.N. May, or Philip Cosores.) Since we consider Lollapalooza to be the weekend to end all weekends, we figured we’d do something special this year and kick it off with a bang, a pow, a kick, or any other adjective that sounds thrilling when said with the utmost enthusiasm. It’s just a good thing we “know people.”

Such people include very similar party animals, aka the folks behind Chicago’s Berlin, who’ve decided to throw one wild, late-night extravaganza. When we say “one wild, late-night extravaganza”, we really mean it; after all, it’s highly unlikely you’ll find a party on Thursday night that a.) promises to keep you up ’til 4 a.m. and b.) bills itself as a Freak Ball. No, we’re being absolutely serious.

Hosted by JoJo Baby, the official Lollapalooza pre-party will see extraordinary performances by DAAN Live, Queerer Park DJs, Chances DJs, and Big Top JoJo and his Towering Show of Wonder. If that’s not enough, wait ’til you hear the headliner. Before she sets up shop on the $150, 000 stage at Grant Park 0n Friday night, DJ Lady Starlight wants to spin for a very exclusive, very ambitious Chicago crowd. In other words, she’s headlining the event.

What? You’re not familiar with Lady Starlight?

In addition to being Lady Gaga’s original performance partner and DJ, Lady Starlight also acts as a go-go dancer, fashion stylist, writer, and performance artist, all in the Big Apple’s Lower East Side. Yes, you’d be correct in saying she influenced the global sensation, as she’s worked with Gaga since 2007. Bottom line, she oozes of talent, which explains why our good ol’ friends over at The L Magazine named her Best Female Hard Rock DJ of 2008. Pretty snazzy, huh? Who knows, perhaps her fellow Lady will join her in the club? Maybe for a dance or two? It wouldn’t be uncanny of her. You’ll have to come and see.

Believe it or not, this actually gets better!

Since it’s Thursday, patrons will have the opportunity to take part in the club’s special Stardust Thursday specials, which include $2 PBRs, $3 Berlin Bombs, and $6 Jack Daniels. We’re not endorsing your inebriation, especially before such a long, engaging weekend, but the opportunity’s there. Plus, it’ll be nice on your wallet.

Speaking of wallets and your money, there will be a cover (it’s to be decided, as more talent may be added). Regardless, all proceeds from this event will go on to benefit the youth program over at The Center on Halsted and the Howard Brown Health Center. Drinking and partying never felt so right!

So, if that sounds like your idea of a “swell night”, then by all means JOIN US. If you plan to, please let us know via Do 312 or Facebook. 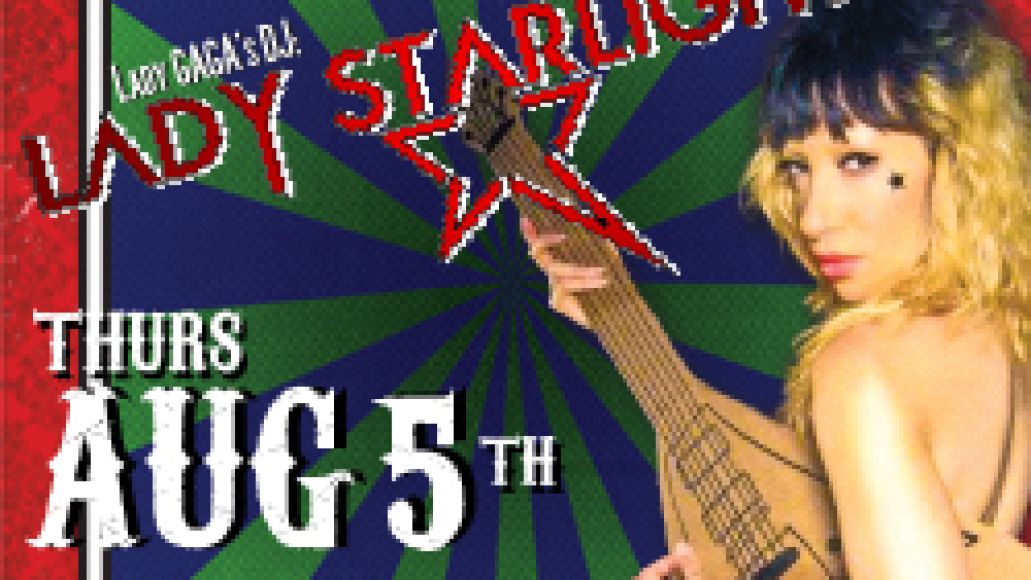 As always, here are the specifics: