If you’re not already pumped for Interpol‘s eponymous-titled studio effort – especially after reading Chris Coplan’s glowing review, which called the album “a puzzle you’ll mull over for quite some time” – then perhaps this will toss some fire in your Chuck’s. We’re hosting a listening party. Actually, correction: We’re hosting two listening parties!

Yes, on Tuesday, September 7th, when the album hits the streets, Consequence of Sound will be curating two official listening parties, where you can not only hear the album, but take part in some fabulous giveaways, as well. Now, since we’re a Chicago-Brooklyn-based site, we decided to treat our respected cities in style. As a result, both parties take place on the same day, at the same time, and will be supported by two equally fabulous DJs. Gosh, we spoil you.

For those of you in Brooklyn, NY…

For those of you in Chicago, IL…

Update: The Chicago date has been canceled. For those in Chicago still interested, please visit the Chicagoist event this Friday. Thanks and apologies for the confusion.

What we’ll be giving away…

Autographed posters by the band, copies of the new LP (on vinyl and CD), and for those of you in the Big Apple (Ahem, that’s New York, folks!), we’ll have two tickets to the band’s November 5th gig at United Palace!

Both bars will be offering tons of drink and food specials to satiate that “other” hunger of yours, the one that doesn’t involve music.

Oh, here’s some flyers to show off to your friends… 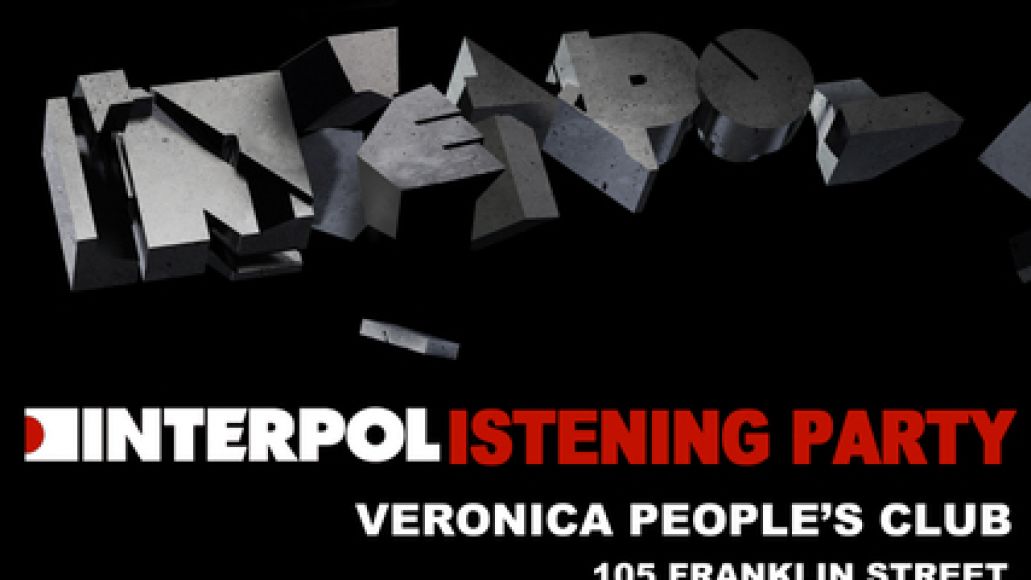 Basically, it’s a pretty “swell” package for anyone who’s a fan of the band. So, if you haven’t heard the record yet, and you want to, and you’re also interested in winning some killer swag, then head to either bar. We’ll be on-site at both events (How do we do it?) and, who knows, perhaps we’ll have some other goodies to share.

We know, we know. The excitement is overwhelming! But really, it’s only a week-and-a-half away. In the meantime, you can watch the band’s new video for “Barricade”…