When it comes to Coachella, the fake posters usually mean it’s time to start thinking about the next edition. Sure enough, around the same time the first fake poster for 2011 popped up last week (see below), we received our first real rumors. OMD (Orchestral Manoeuvres in the Dark) told Spin they’re currently in negotiations, while Danny DeVito, of all people, revealed an Always Sunny of Philadelphia live show might pop up in Indio next April.

With all that in mind, we figured now’s the time to open it up to comments and ask you, our festival-loving readers, who you think will be playing Coachella in 2011. Of course, wish lists are always welcome, but for the sake of this conversation, we’re asking for your predictions. Is Arcade Fire a shoe-in? Could this be the year Bowie is finally convinced? How about the return of Daft Punk?

Let us know below. Also, be sure to bookmark our Coachella Outlook page, as that’s where we’ll keep track of all of this year’s lineup news and rumors. 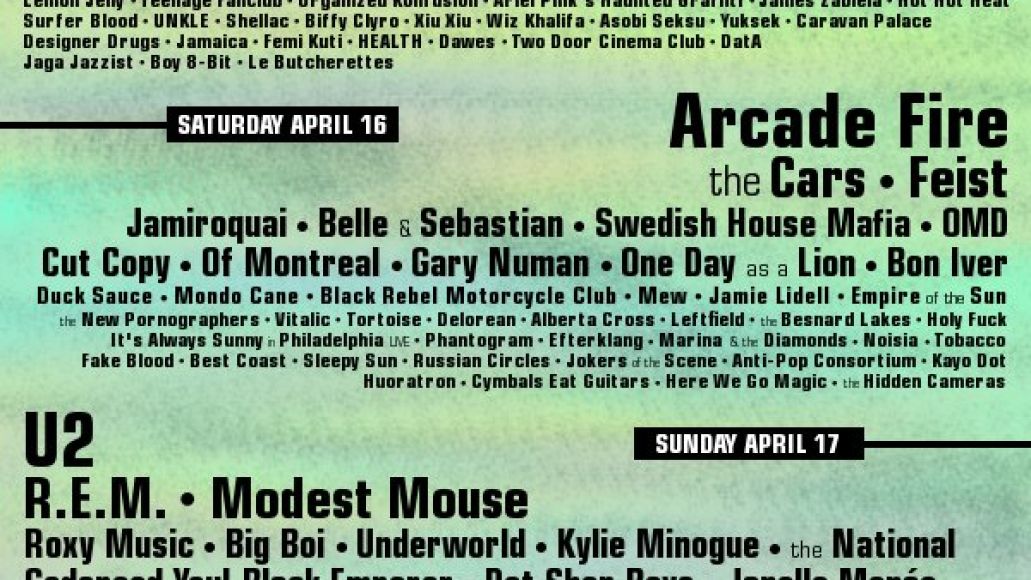 Hat tip to Grant for the poster…

Discuss: Who do you think will play Coachella 2011?