A refreshing, late summer breeze off of Lake Michigan, coupled with a 40% chance of rain, made Stone Temple Pilots‘ Friday performance all the better. Tucked away behind Chicago’s “museum district” – that being, the Shedd Aquarium, the Field Museum, and Adler Planetarium (and, okay, we’ll throw in Soldier Field for kicks, too) – the L.A. quartet roped in a modest crowd of forty-somethings, all wasted and obnoxious as ever*, at Northerly Island’s Charter One Pavilion.

“It’s very sticky out tonight,” frontman Scott Weiland remarked, decked out in shades, skin-tight jeans, and, surprisingly, a thick leather jacket. Despite sweating up a storm and asking for a heat stroke, the lanky singer never skipped a beat, keeping banter to a minimum and rocking to maximum capacity. He wasn’t the only one, either.

Alongside Weiland, guitarists Robert and Dean DeLeo kept busy, as well. Dean whipped up a storm song after song, hanging over the lip of the stage during most of his solos. And although Robert remained fairly static at the mic, providing all the lush (and very necessary) harmonies, he charmed nearby fans by inciting sing-a-longs or fist pumps. Drummer Eric Kretz couldn’t leave the kit, but he shook things up, including some time changes that made past hits like “Interstate Love Song” and “Big Empty” a little more interesting. 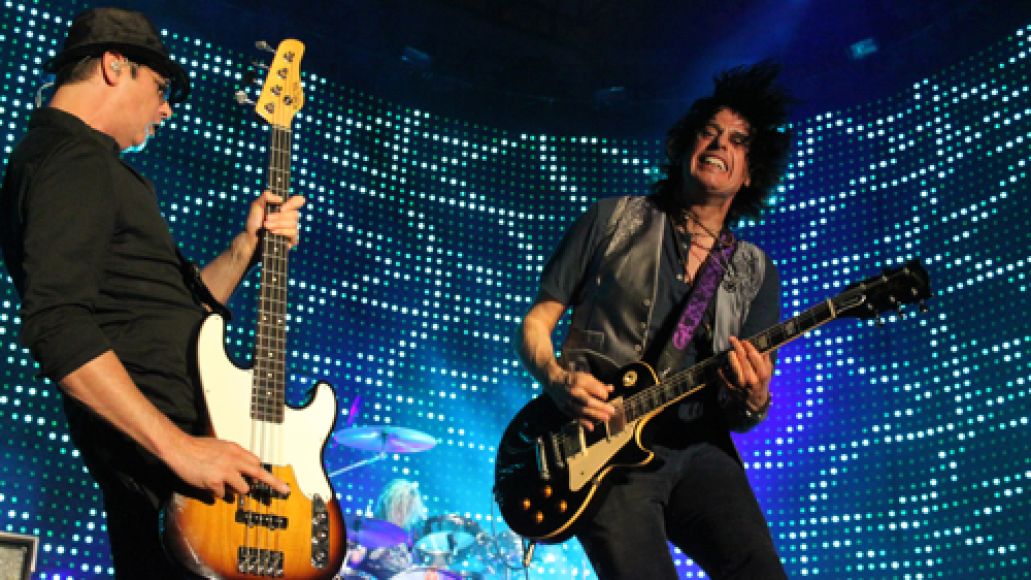 For this tour, the band’s been working off a new set, one that focuses less on the hits and more on new material and live rarities. This didn’t fare especially well with the Northerly crowd. After cracking open the night with three hits, fans became weary as the band then dished out new material (“Between the Lines”, “Hickory Dichotomy”, “Cinnamon”), worked on an extended jam, and dragged an oldie “out of the mothballs,” as Weiland explained before they nailed “Still Remains”, a track off of 1994’s Purple they hadn’t played in years. All of these saw some fans singing along, but most of the crowd engaged in loud, drunken conversations, tossed beer cans on the ground, or screamed out idiotic comments like, “Play something old and good.”

The thing is, the band sounded good. Really good. With every member awash in a digital bath of color, no thanks to the remarkable, engulfing multi-color light display behind them, there wasn’t really a dull moment. (Actually, those extended jams were sort of a bummer, but…) As a result, new tunes like “Between the Lines” or “Huckleberry Crumble” felt just as vital and energized as “Down” or initial set closer “Sex Type Thing”. In fact, on-stage, these songs actually fit comfortably into the group’s canon of work. They’re more playful than they are on record. 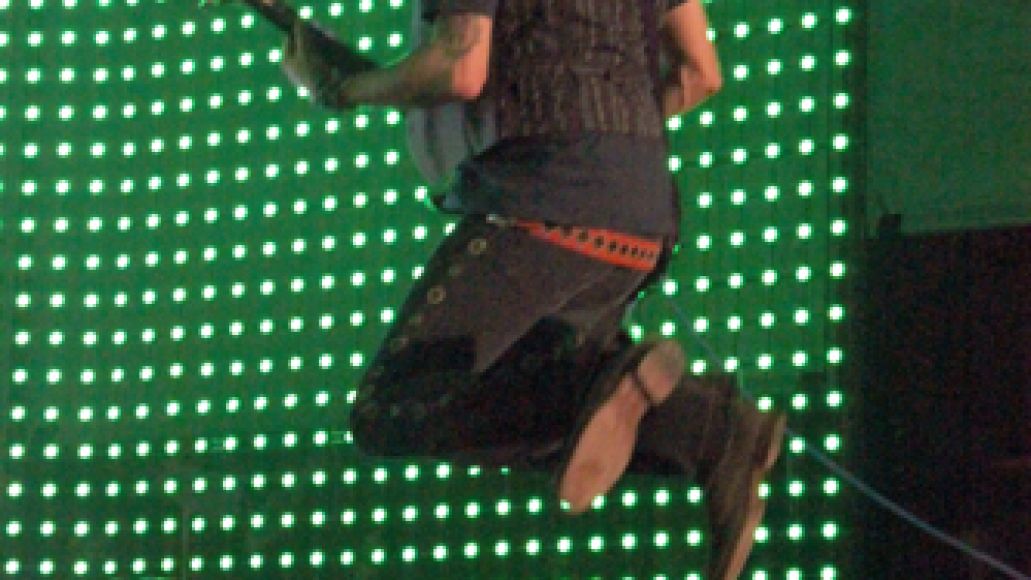 There’s something to be said of this band, though, and this past week, Harry Painter nibbled at the right idea during his interview with Dean DeLeo. This reunion isn’t like most of the typical ’90s rehashes we’ve seen as of late. Unlike Bush or The Smashing Pumpkins, this band really did pick up where they left off. They didn’t replace members, they didn’t fracture their sound or style. Instead, they put their collective heads together and turned another page in the band’s (apparently) on-going history. Fans don’t need to see Dean make out with Weiland to know they still work well together – even though, well, that happened on-stage, anyhow. No, all fans have to do is watch and listen… and not just for the hits, either.

Seriously, you don’t want that type of band.

* – What is it about modern rock shows that bring out this trashy, morose underbelly in the human spirit? Where people drink themselves stupid, toss each other around, litter the ground with cans, attempt to copulate (there was one guy who grinded up against an equally drunk woman, licking her from head to toe – no kidding), and screaming obscenities at one another, usually ending with, “Bro, need me to drive home?” What’s worse, all of these folks are typically above the age of 30. It happens every time. It’s pathetic. It’s actually more than pathetic. It’s sad. It makes you wonder how they get through their everyday life, but more or less, it just pisses you off if you’re interested in actually watching the band. Now, you don’t have to be a stiff and stand there silently and awkward, like the majority of the crowds at indie-rock shows (at least here in Chicago), but you also don’t need nearly four yards of space to act like a drunken fool, either. Lesson to learn? There’s a way to rock out without losing your dignity. That is all.

Encore:
Dead And Bloated
Trippin’ On A Hole In A Paper Heart
——