Roger Waters feels “the jury is out” on technology. Does it really connect us? Are we any better off? He’s unsure. As a result, he’s yanked his epic 1979 LP off the shelf, and he’s decided to tour behind it again. Now 30 years later, Waters’ take on The Wall focuses less on its central character Pink and more on those we’ve lost over the past decade. Working off of animation originally designed by Gerald Scarfe, the new stage show bridges the past with the present, highlighting videos and photos of war-torn families and individuals, all embedded in the classic story. Who’s to blame? Well, that’s part of the event.

For America, it started in Chicago.

If anyone has any doubts about this tour, leave ’em at home. This isn’t a “glorified Pink Floyd cover band”, nor is it a “cash in” by Waters, as plenty of chatter on the net has expressed. Instead, it’s a re-envisioning of what you might consider to be one of the greatest albums ever. (We did.) Sure, aspects of the 1980 tour return. There’s, well, a wall. Yes, he brought “the pig.” And, as you’d expect, there were children on “Another Brick in the Wall Part 2”. But, Waters embraces the modern technology available today, which might feel rather hypocritical given his argument yet it really brings the album’s concept to life. 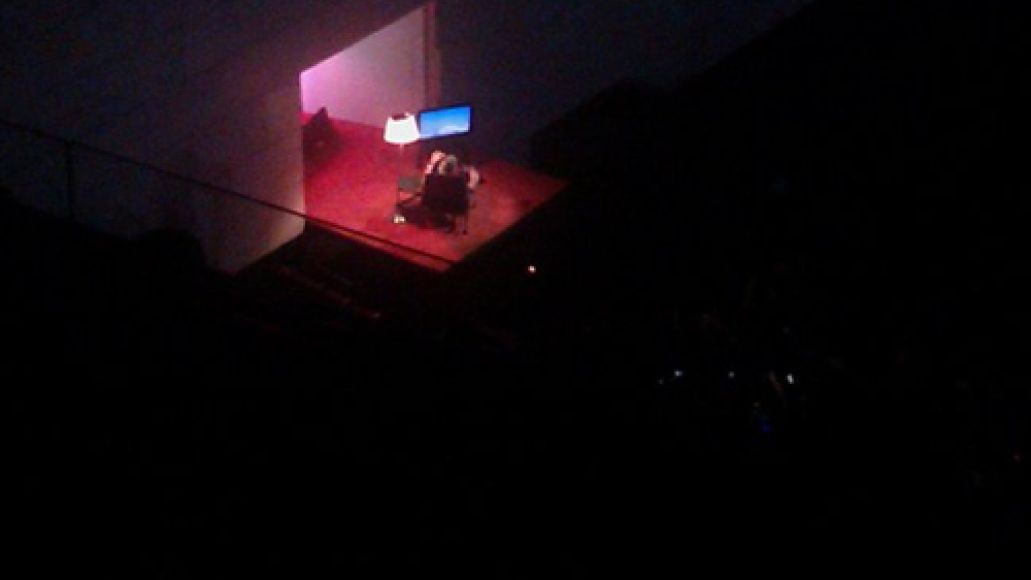 For one, as stage technicians placed brick after cardboard brick atop one another, digital projections illustrated many of the song’s themes. During “Mother”, Waters nailed a duet with himself by singing alongside an old 1980 performance recorded in Earls Court. On “Young Lust”, thousands of various pin ups (Tina Fey included) ensconced dozens of meaty videos, mostly of strippers or models, as the band belted out its bouncy theme. Then before “Vera” and “Bring the Boys Home”, following the actual completion of the wall that is, footage of children surprised by fathers and mothers returning home from war stole the moment from the band. The line “Don’t leave the children on their own” has never stung so much.

Then there’s all the tangible, physical work. Let’s just say the stage moved, quaked, erupted, and transformed. From the start, fireworks amped up “In the Flesh?”, soldiers soared toward the ceiling, and spotlights acted as foreboding helicopters. You knew you were in for a stage show, and not just some light parade with confetti – though both were readily available, too. And used. But, oh, how there was more. Stadium-sized puppetry highlighted “Another Brick in the Wall Part 2”, as the lurching, iconic schoolteacher berated the dancing students below, and later Pink’s mother and wife came to visit, as well. At one point, a piece of the wall broke off to reveal a mini-diorama of Pink’s living room, where Waters sang “Nobody Home”. Visual overload might correctly summarize the whole event, if only it didn’t have such negative connotations to it. For now, just try and imagine what Jim Henson might have assembled had he dabbled in more rock ‘n’ roll. Oh, and if he took mescaline. 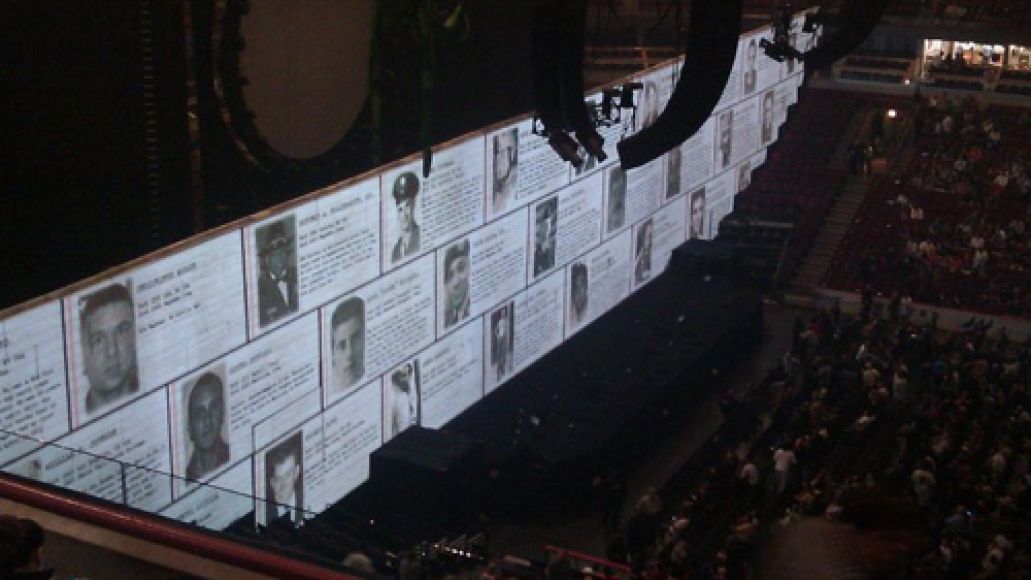 But what about the message? Unlike most arena rock acts, Waters kept true to his word and stuck to his agenda. It really worked, too. The album’s core themes of isolation and fear connects so well with Waters’ distrust on our reliance on technology. Simply put: We hide behind our iPods, we lose ourselves in our smart phones. But, so what? Everyone knows this. Not so fast, though. Waters twists it around some.

After the show’s first act, cutting off right after “Goodbye Cruel World”, the house lights ignited and the word “Intermission” burned itself into the wall’s white surface. Minutes later, faces washed over each brick, all with dates and details. It’s a new movement Waters plans to promote on his tour, and it’s called “Fallen Loved Ones”, which asks fans to submit photos and details of someone they’ve lost in the war. While quite somber for a rock concert, it was highly enlightening. But Rogers’ message didn’t sink in just yet. However, by the time they returned and plummeted through “Run Like Hell”, where various faux advertisements like “iMurder” or “iPay” (no doubt poking fun at Apple’s now-iconic marketing) raced across the stage wall, things started to make sense. Don’t blame the technology, blame how we use it. Waters sold that idea then and there; however, whether or not the audience bought it is uncertain. Probably not. But, if technology’s concerned, they did capture one hell of a show with their iPhone.