It can be a depressing time in Vancouver when summer rolls to a sorry, wet end. Gone are the days at the beach, the sailing trips around the bay, margaritas on some sun-soaked patio. Instead, you get diminishing daylight hours and six months of rain to look forward to.

But with the change in the seasons comes the Global Comedy Fest which runs for two weeks at the end of September and, to date, has hosted some of the funniest comics over its seven year run. While the carefree days of summer are over, who says the fun has to stop? After all, laughter is the best medicine for the seasonal blues. And for those who attended Friday night, they received quite the prescription: Canada’s homegrown funnyman Tom Green alongside “America’s Funnyman” Neil Hamburger.

In all fairness, Hamburger really is an acquired taste. You either get it or you don’t, you either love him or you really, really hate him. If you gauge his recent appearance at the Reading Festival, where he was booed by the crowd until bottles and other projectiles were hucked on-stage, it’s safe to say he’s very hit-or-miss. On Friday night, however, he was a hit with the Vancouver audience. It probably helped that everyone was there to see Tom Green, so they were expecting a ridiculous evening, and for that Hamburger did not disappoint. He arrived in true form, constantly clearing his throat to thwart potential punchline saboteurs and carrying five drinks under his arm, which spilled at every turn. He even threw some jabs at the usual hecklers (he nicknamed “pig boy”, amongst other less PG names). Sure, many of his jokes fell flat, but the ones that didn’t sent the audience into nervous laughter (“WHY do Colonel Sander’s daughters refuse to eat Kentucky Fried Chicken? Because it reminds them of their father’s foreskin” *groan*). Hey, whatever his shtick was, it worked enough for the crowd to cheer him back on for an encore.

And then came time for the man of the hour, Tom Green. Before making his way on stage, he appeared in the middle of the audience and shook hands with the overtly enthusiastic crowd. It was more than apparent that he was very happy to be back in Vancouver (where he infamously shot Freddy Got Fingered) and the crowd was happy to have him. 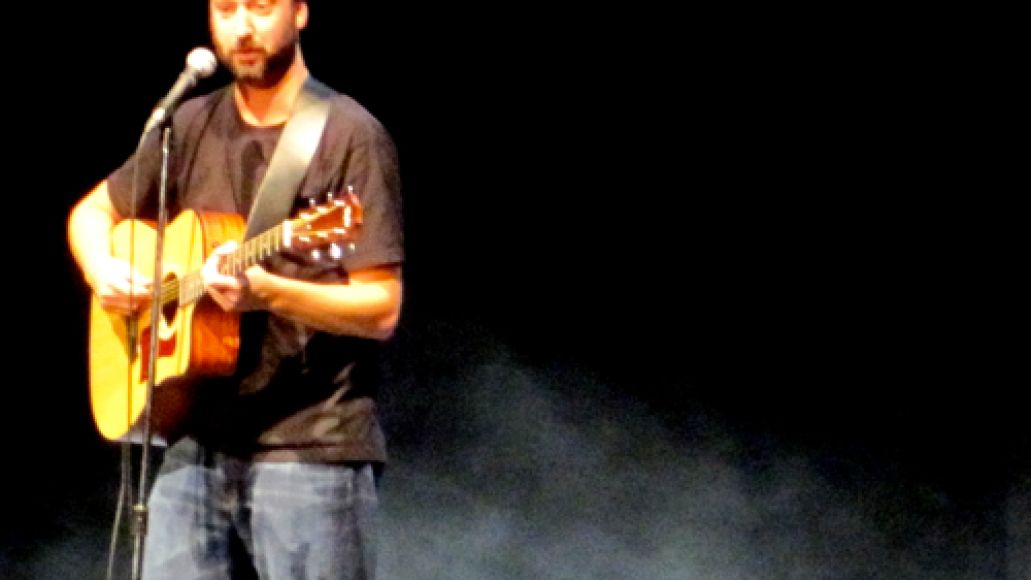 Working off his trademark “potty-mouth”, Green took on a variety of subjects, including his appearance on The Apprentice (“You’re in a room in New York City making cupcakes for 16 fucking hours, they are pumping oxygen in the room, you’re thirsty, you’ve got Clint Black screaming in your ear, it’s like Guantanamo Bay”), endless American Idol seasons (“Back in my day we had Michael Jackson. He was one guy. He lasted 30 years. That was good enough”), text messaging (“You got to the dinner with six people, three of them are texting under the table to six other people they’d rather be eating dinner with”), video phones (“How are you going to answer your phone when you’re at a strip club? Strip clubs are going to have build adjoining rooms like movie sets, to make it look like offices – yeah I’m just doing some spreadsheets at 4AM”), and masturbation (“There’s so much DNA in the basement of my parent’s house, you could clone me”). 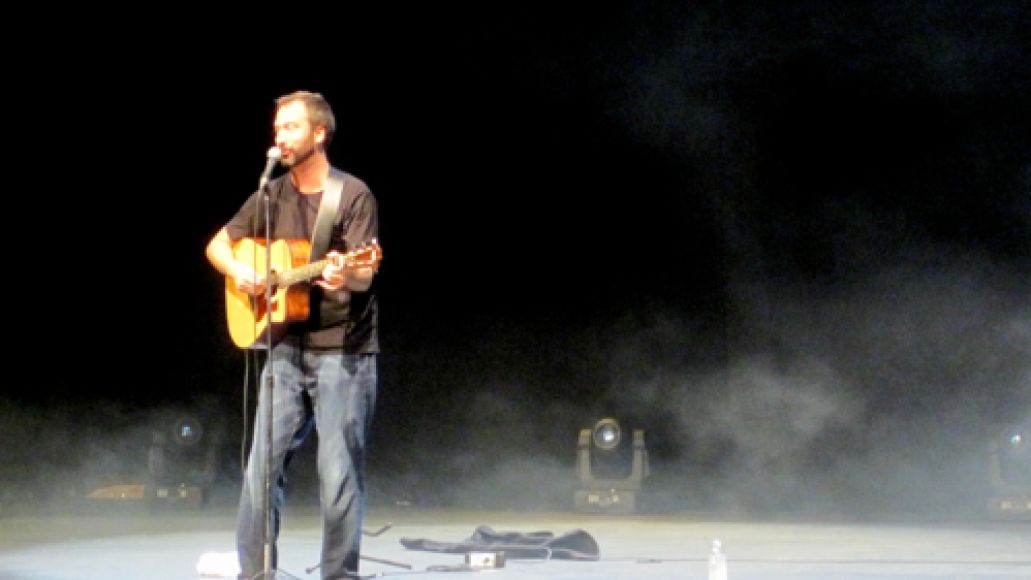 There were songs too (after all, you couldn’t have Tom Green without his music) which had everyone singing along, such as “The Salmon Song” and “The Bum Bum Song” (after which he laughed, “What the fuck was I thinking?”). But to write about the evening doesn’t really do him much justice. So much of Green’s performance hinges on his manic mannerisms, those facial expressions that seem to surf off his constant pacing and passionate delivery. The core of his talent remains simple: He really has a way of connecting with the audience and visa versa.

The most surprising part of his stand-up is that nowadays he marries his goofiness with a decidedly more mature outlook on life. A lot has to do with the fact that he’s pushing 40, but it seemed to be his bout with testicular cancer that has given him a new outlook on life. Green was very humble and extremely grateful to be where he is, happy to be still making people laugh after all these years. At the end of the show he touched on his cancer in a serious way, noting the “man upstairs” in his darkest moments and thanking his fans for sticking by him. Then he really capped off the night by smoking one of the various joints that audience members threw onstage.