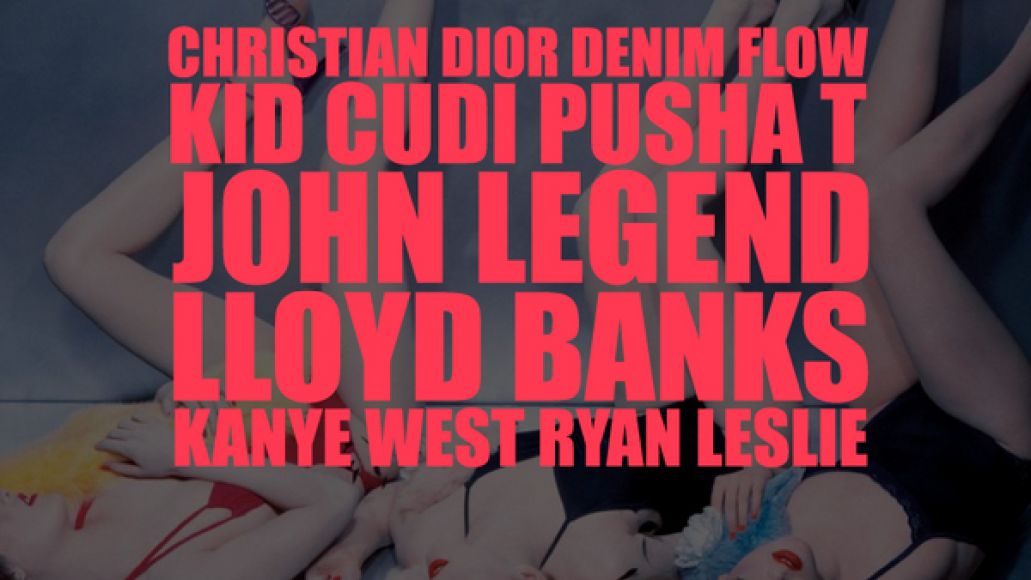 This wasn’t supposed to happen, but I guess Kanye is a man of the people. Either that or he wants to maximum hype coming into his performance on Saturday Night Live later tonight. So, here it is, the eighth G.O.O.D. Friday offering. It’s titled “Christian Dior Denim Flow” (greatest name ever?) and hears West teamed up with G.O.O.D. Music signees John Legend, Kid Cudi, and Pusha T along with G. Unit member Lloyd Banks and R&B maestro Ryan Leslie.

Update: Kanye has dropped a new version of the song featuring an extended verse from Ryan Leslie.