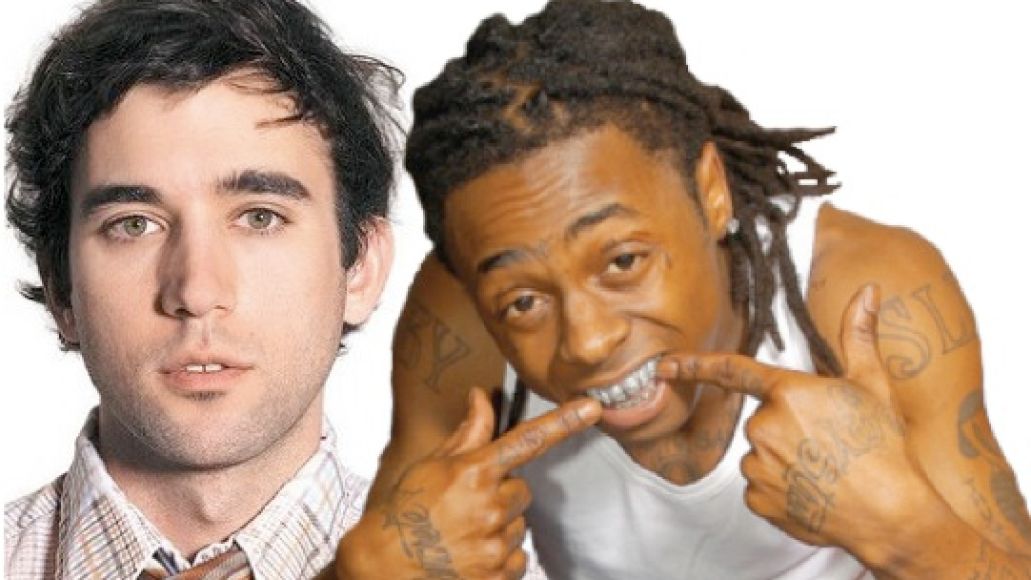 What’s more impressive: Lil Wayne moving another 118,000 copies of  I Am Not A Human Being while in solitary confinement or Sufjan Steven‘s dense-as-fuck The Age of Adz charting in at #7 after selling 36,000 of its own units?

Weezy was clearly aided by the physical release of his latest full-length, which arrived two weeks after the digital release. Still, it’s an impressive feat for a number of reasons. Though it debuted at #1, Billboard reports I Am Not A Human Being fell to #16 in week two, so when it hit #1 again in week three, it became the first album to climb to the top (as opposed to debuting there) since last year’s Twilight Saga: New Moon. It’s also the largest leap since Radiohead’s 2008 release of In Rainbows. Oh, yeah, and there’s the fact the rapper is still sitting in solitary confinement.

Suffy’s sales may seem mild compared to Lil Wayne’s, but let’s remember, this is Sufjan Stevens we’re talking about. For comparisons sake, Stevens’ 2005 classic Illinois charted in at #121, while 2006’s The Avalanche went as high as #71. Whether he likes it or not, Stevens owes some credit to Amazon.com’s low sale price of the album — $3.99 — which surely led to a boost in sales. After all, just ask Win.