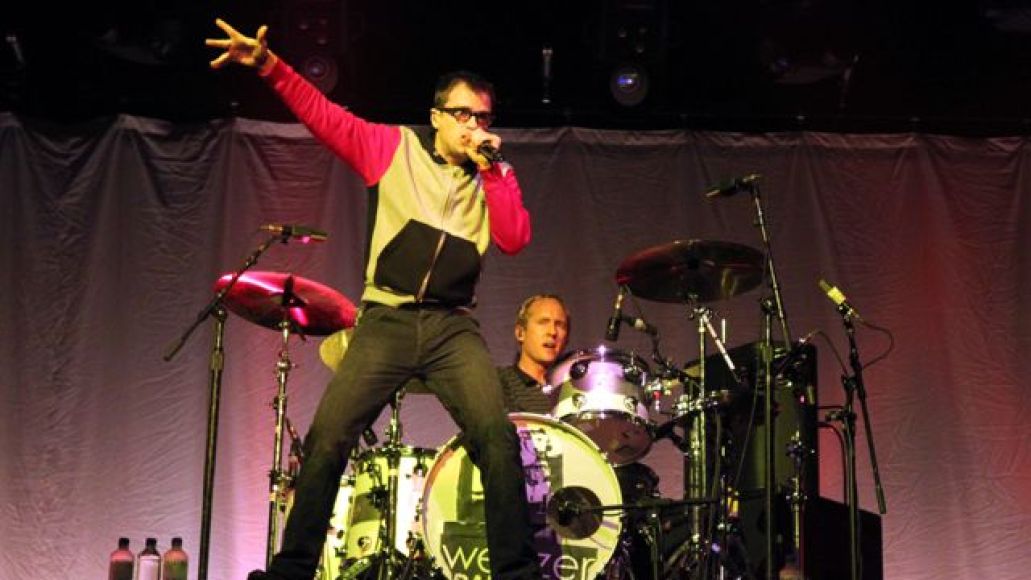 You think you’ve had your share of Weezer this year, what with Hurley, the forthcoming rarities release, Death to False Metal, and the highly-anticipated reissue of Pinkerton, but Rivers Cuomo isn’t ready to leave the kitchen yet. In addition to the above, the trampoline-jumping frontman has some more goodies in the oven.

Before the year’s over, Cuomo will issue another Alone effort, which plans to focus on material involved in the scrapped concept album, Songs from the Black Hole, which eventually evolved into Pinkerton. Fans have scoped for pieces of the “lost” album for years (read about it here), so needless to say, this release should whet most fans’ appetites – this writer’s included. But that’s not all. While you’re listening to all this, you’ll have plenty of time to check out the forthcoming book Cuomo’s publishing, The Pinkerton Diaries. As you’d expect, the book will be stuffed from header to footer with Cuomo’s journals, emails, and Harvard papers stemming from that era.