You’ve gotta love Logan Square Auditorium. Nestled in Chicago’s trendy Logan Square neighborhood, the intimate-yet-lofty, wood-finished venue brandishes this very old-fashioned schoolhouse feel. It’s meandering with its series of stairwells and the auditorium itself feels more inclined to host a pee-wee basketball game than a slew of nationally touring indie acts. As Senior Editor Adam Kivel writes, “Stepping into Logan Square Auditorium (LSA) feels like going to a school dance; that is, if the school you went to were the coolest damn school in history. A school that only finds the biggest, most exciting acts to play the hypothetical school dances.” Exactly. This time, the “school” nabbed Cymbals Eat Guitars and The Thermals. Both very prime choices.

Starting rather early – around 8 o’ clock – Joseph D’Agostino dragged the rest of his crew on-stage for a stoic if not obstreperous performance. The beauty to Cymbals Eat Guitars lies in, well, the guitar. D’Agostino beats the wooden neck no different than a “loving” Alabama man would to his wife’s head. It’s unnerving, really. He screams, sneers, and sweats a stream, all while attacking his Fender in the worst way possible. The twist? It sounds beautiful. Opener “…And the Hazy Sea” sounds as fresh and resplendent as it does when it cracks open the band’s debut – last year’s exceptional, Why There Are Mountains. Other cuts off the record hit just as hard, especially a bouncy rendition of “Some Trees”, and they even threw out a handful of new, untitled tunes which, honestly, need some more editing. 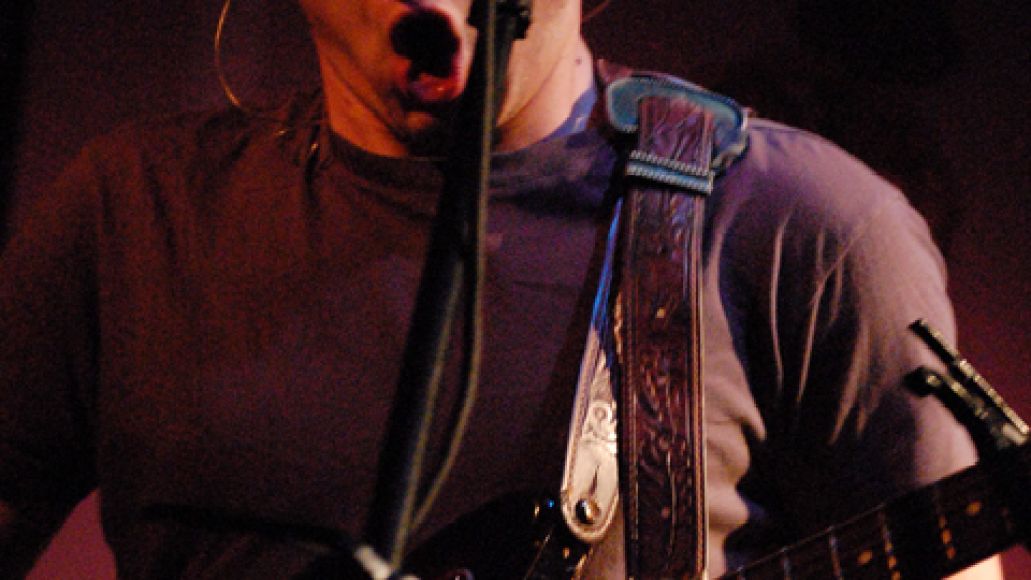 Although D’Agostino mumbled more than he spoke, bassist Matt Whipple cleared things up. At one point, towards the end, a breathless D’Agostino paraded about the stage, setting up his third (or fourth) guitar, while Whipple attended to the hundreds of staring eyes. It felt very sanctioned; as if, the speaker of the house had to keep things cool. But, Whipple’s just as charming as he is a phenomenal bassist, and when he introduced one of the new tunes, he received some proper cajoling. Hooray for teamwork…and an open-minded crowd.

Shortly after, Portland’s favorite threesome (oh, gross) took to the stage. Sure, frontman Hutch Harris could lead an army of hipsters across the nation, or bassist Kathy Foster could melt every twentysomething male’s heart, but drummer Westin Glass, the most permanent percussionist the band’s had to date, really owns his stock in this bonafide indie rock blue chip. He’s bubbly, for one. But, he works the crowd with this delightfully youthful charm. (Try and think of those animated avatars in Rock Band. That’s him to a T.) He also essentially pushes play on every tune. Commands still come from Harris, but Glass acts as the glue. Not the toxic rubber cement kind, but the root beer-flavored, fun stuff from Kindergarten. Just don’t lick him, please.

Cold autumn air pressed from outside, but once Harris dusted off  “St. Rosa and the Swallows”, heat blanketed the auditorium. It only sweltered as the night grew old. Up until this point, everyone had been rather rigid, maintaining their real estate on the wobbly wooden floors. But once the set hit on “oldies” like  “Returning to the Fold” or “Here’s Your Future”, things changed for the best. People danced, heads bobbed, and lyrics emanated throughout the hall. One rather towering fan towards the front even pantomimed. That’s not to say new material off the band’s latest effort, Personal Life, didn’t go off well. Not at all. Album opener “I Don’t Believe You” saw several fans chanting, while the Foster and Glass-led “Never Listen To Me” churned out a mini dance party. Actually, the three looked quite please with the resounding applause and cheers after the latter finished. 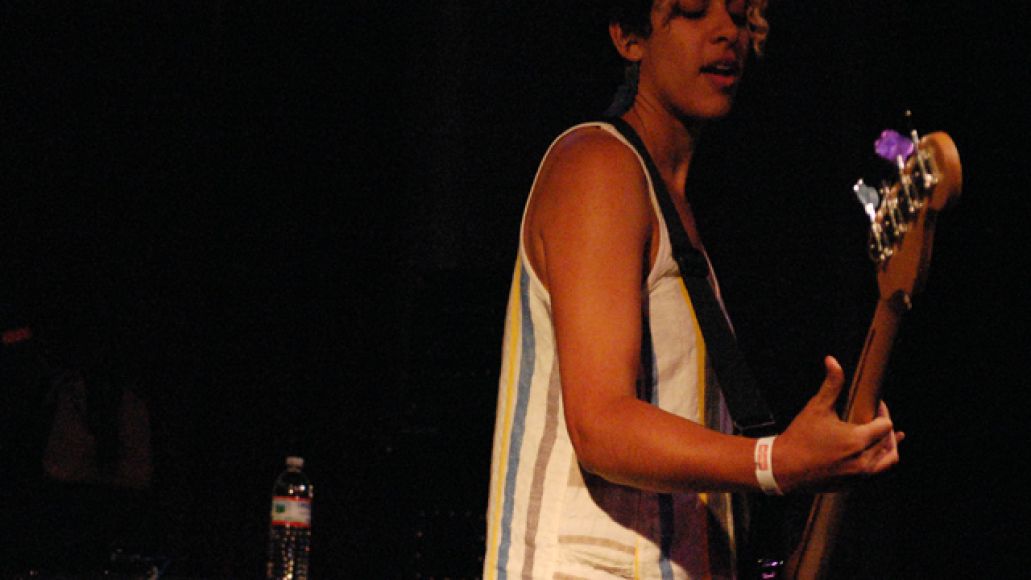 On record, Personal Life can be a bit jarring. It’s moody, it’s slower, and it lacks the punchy anthems they’ve come to trademark. On stage, however, it scintillates. Given that they exhibited 80% of the record, and it hardly felt uneasy or awkward, it’s safe to say the tonal changes worked for the best. “Not Like Any Other Feeling”, another new cut, oozes of angst, but seeing Harris perform open heart surgery to himself on-stage felt curiously inviting. Also, you couldn’t help but smile at Foster’s big bass-line finish, to which both Harris and Glass threw the spotlight on with their radiant hand gestures. In a nutshell, the moment captured what the band’s all about these days: one loving, happy family.

It doesn’t get more personal than that.

The Thermals setlist:
St. Rosa and the Swallows
It’s Trivia
There’s Nothing You Can’t Learn
I Don’t Believe You
We Were Sick
When We Were Alive
Never Listen To Me
Not Like Any Other Feeling
Power Lies
Returning to the Fold
Here’s Your Future
I Might Need You to Kill
Back to Gray
Only For You
Your Love Is So Strong
How We Know
When I Was Afraid
No Culture Icons
Now We Can See
A Pillar of Salt
—— 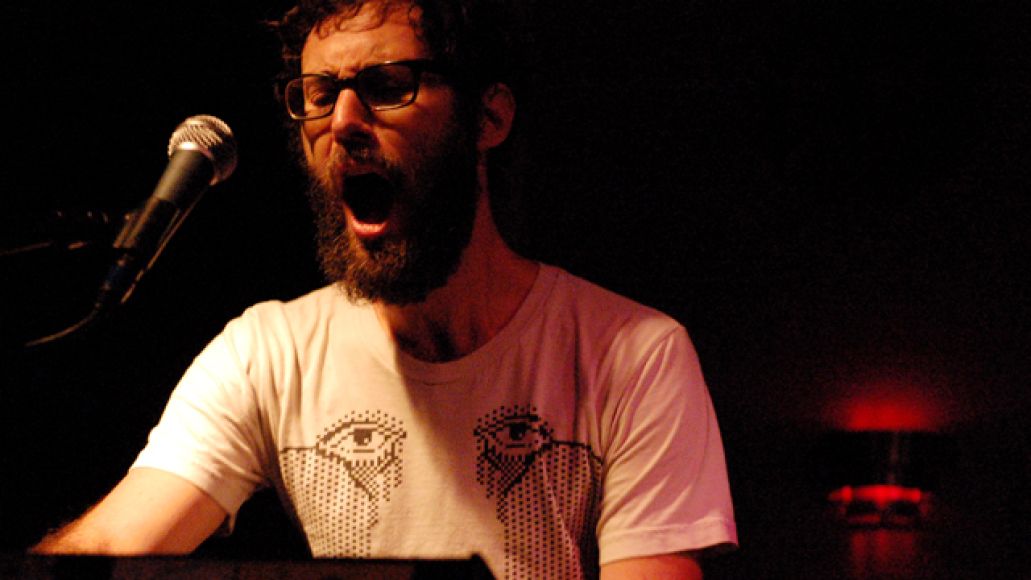 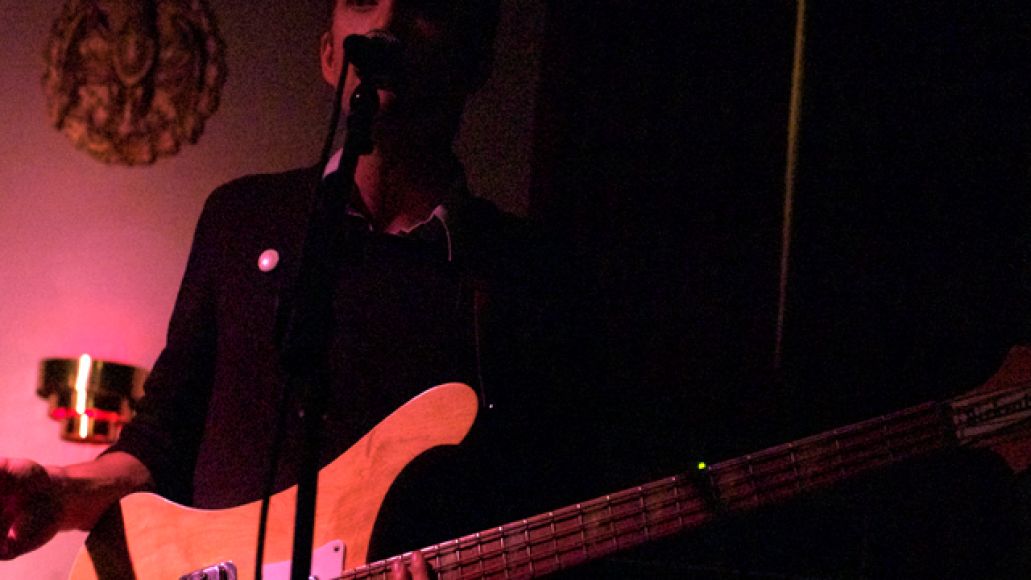 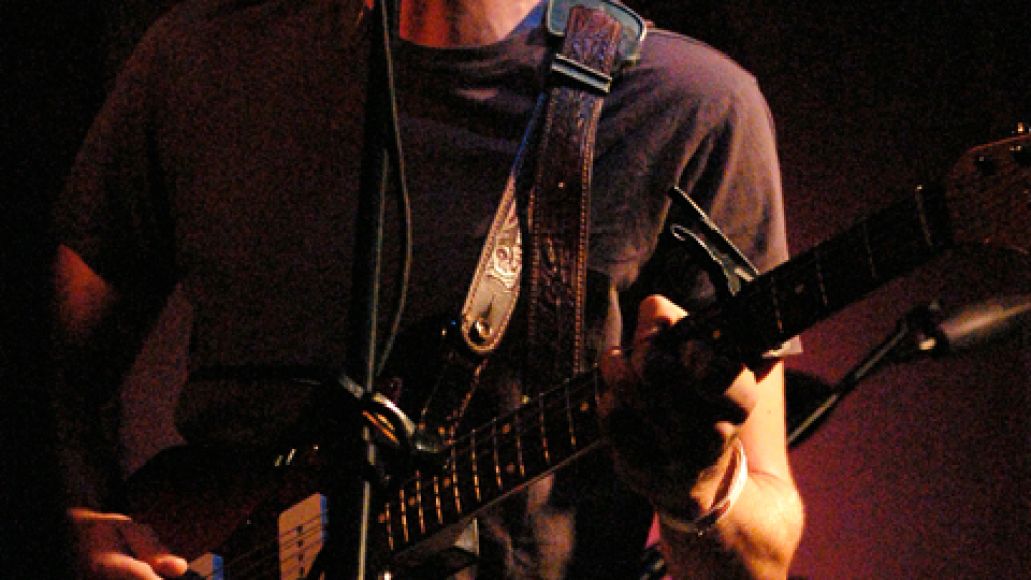 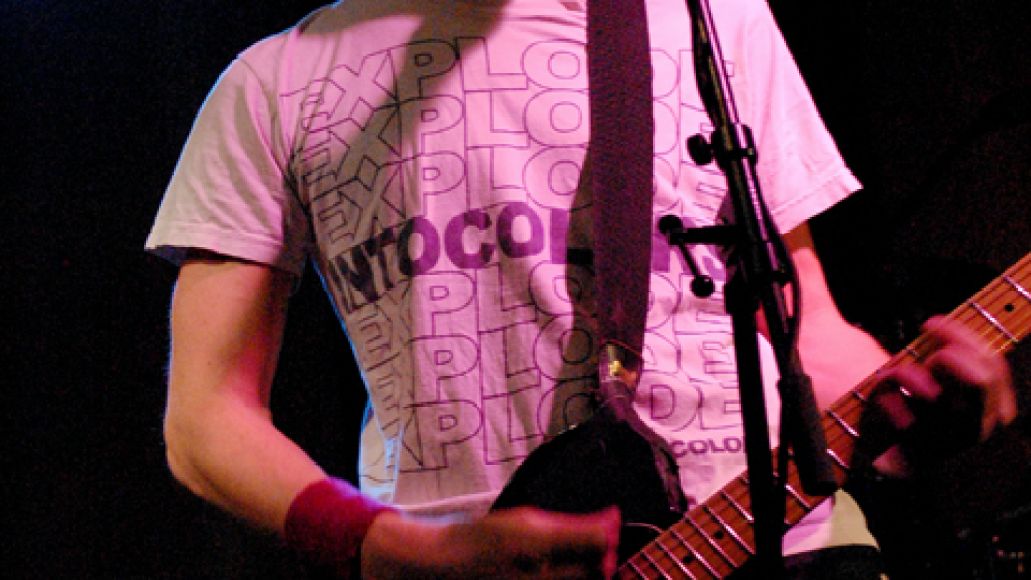 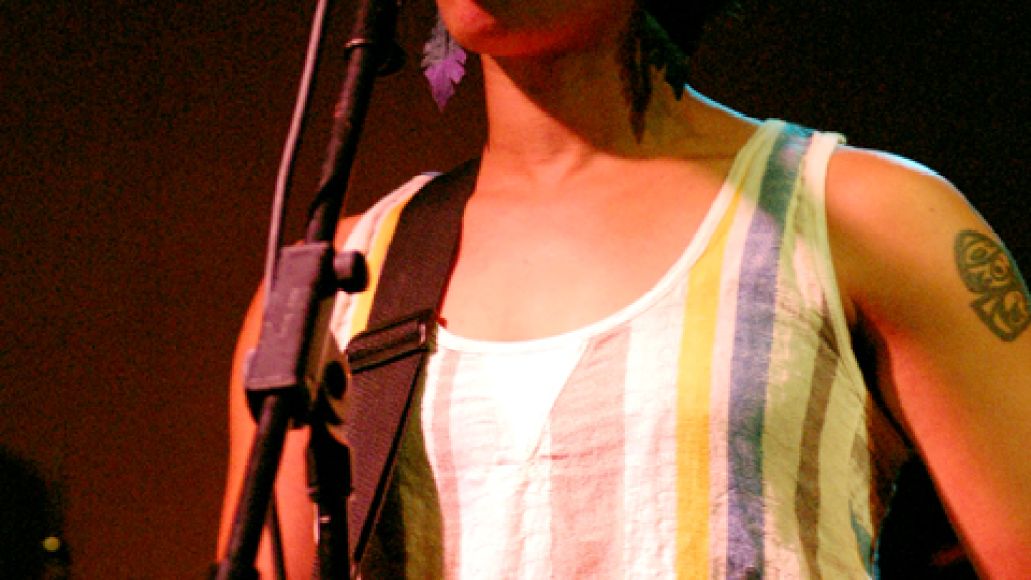 The Thermals make it Personal at Logan Square Auditorium (10/3)