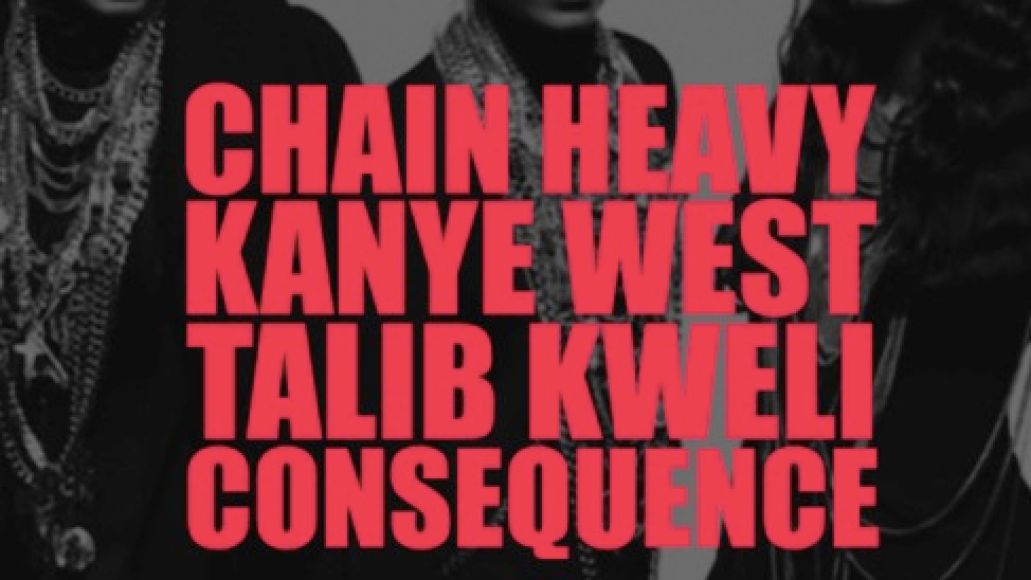 It’s another Saturday release for Kanye‘s G.O.O.D. Friday music series, but this one was totally worth the wait. For G.O.O.D. Friday, pt. 14, the Chicago MC has dropped the Talib Kweli and Consequence-featuring, Q-Tip-produced “Chain Heavy”. Originally rumored to be included on the Chicago MC’s forthcoming album, My Beautiful Dark Twisted Fantasy, the track is now slated to appear as a bonus cut on the album’s deluxe edition. But thanks to the magic of G.O.O.D. Friday, you can check it out now below.