Halloween fell on a Sunday this year, and what better way to cap off a weekend of costumed debauchery than a good show? Motion City Soundtrack, on tour with Say Anything and Saves the Day, took it upon themselves to provide concertgoers with a few tricks and plenty of treats on All Hallows Eve at the House of Blues in Chicago.

Opening things up was Saves the Day. The band took the stage with all four members dressed as Andrew W.K. and played a very solid half-hour set. Any tracks off their forthcoming release, Daybreak, were dubbed “Andrew W.K. songs,” and the band played an appealing mixture of old tracks and new ones. As is typical of Saves the Day, older music got the most response from the audience, with particular favorites being “You Vandal” and “Shoulder to the Wheel”. Conley’s morbid lyrics fit well with the Halloween theme, with lines like “Could I cut out my liver/Make a special potion/two parts my pride/three parts my heart” going over well. Every 10 minutes or so, a skeleton-faced stagehand emerged from the dark and flung handfuls of candy out into the crowd. 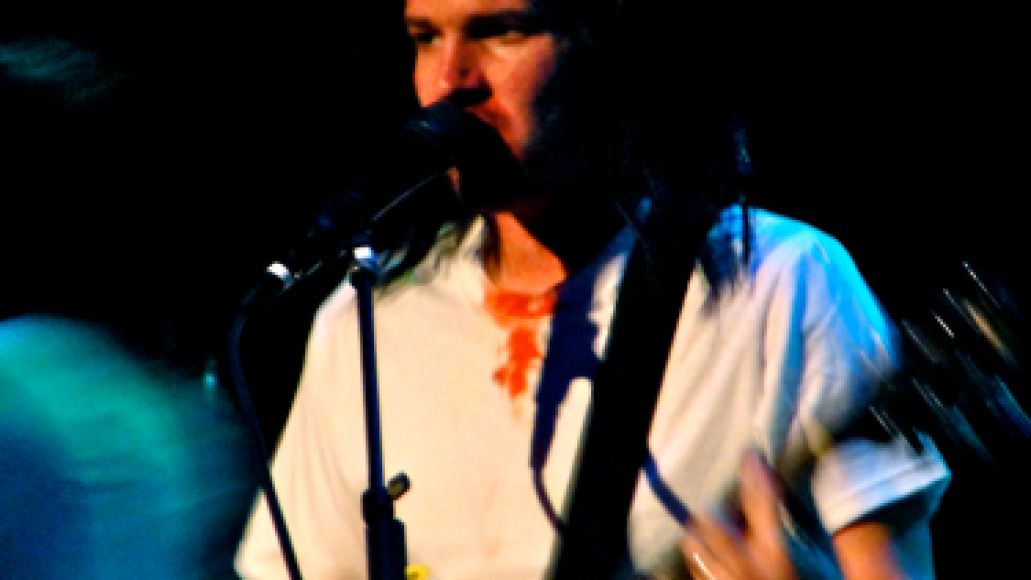 Say Anything was on next, teeming with bombastic energy that left their Frenchmen costumes soaked in sweat over the course of their hour-plus set. “Crush’d” got the crowd all wound up with enthusiastic drumming and lyrics to match from singer Max Bemis. The band continued the evil energy of the night with tracks like “Little Girls” (sample lyric: “I kill, kill, kill little girls”) and a smashing cover of the Misfits’ “Skulls”. The band switched back and forth between faster, almost hardcore songs and slower, more emotional tracks to form a well-rounded set. “Woe” went down fast and hard, and the crowd got so excited that their jumping literally shook the floorboards. Bemis was also joined onstage by Conley to perform the song “Crawl” from their joint side project Two Tongues.

Finally, headliner Motion City Soundtrack took the stage, dressed in matching hot dogs costumes as “The Halloweiners”. They bounced around the stage enthusiastically, as stagehands in ketchup and mustard bottle costumes ducked in and out with different instruments for the five-piece band.

“It’s cool because we get to sing some serious, sad songs…dressed as hot dogs,” enthused lead singer Justin Pierre, whose performance displayed a wide and varied vocal range. Where STD’s Conley tends to lean high and Bemis tends to aim lower, Pierre played all parts of the vocal playground and slid his voice with ease up and down the register. Highlights of their set included opening song “Everything” and later “My Favorite Accident”. “Antonia” kicked off with a quieter beginning over bare guitars before exploding into a bouquet of drums and bass. The crowd was particularly enthusiastic for “Red Dress” and resumed flexing the floorboards to an alarming degree. 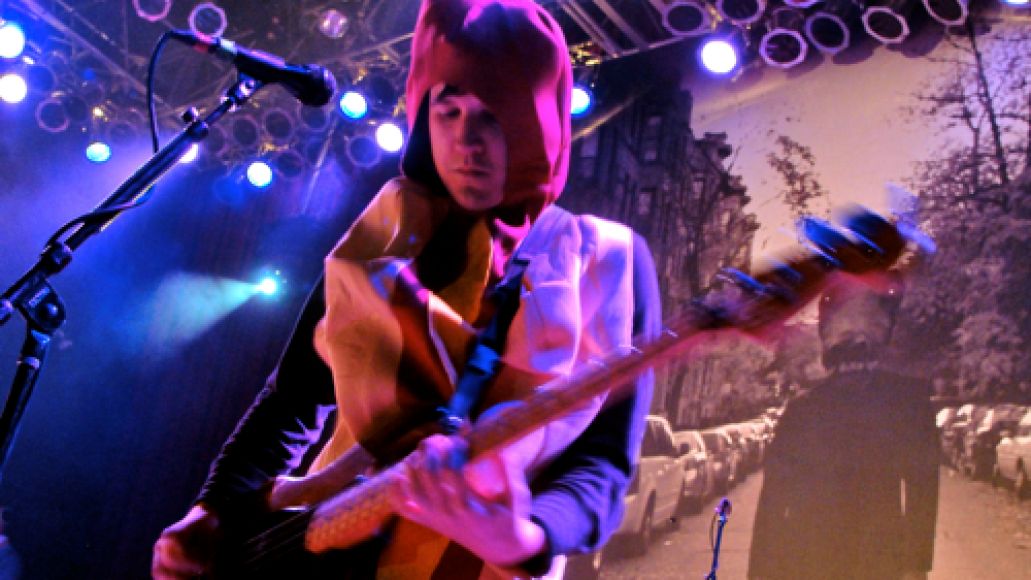 The costumed crowds who filed out into the darkness after the show faced chilly weather and the impending reality of November. But a night of masquerade with three supremely talented pop-punk bands sure does make it all easier to handle.