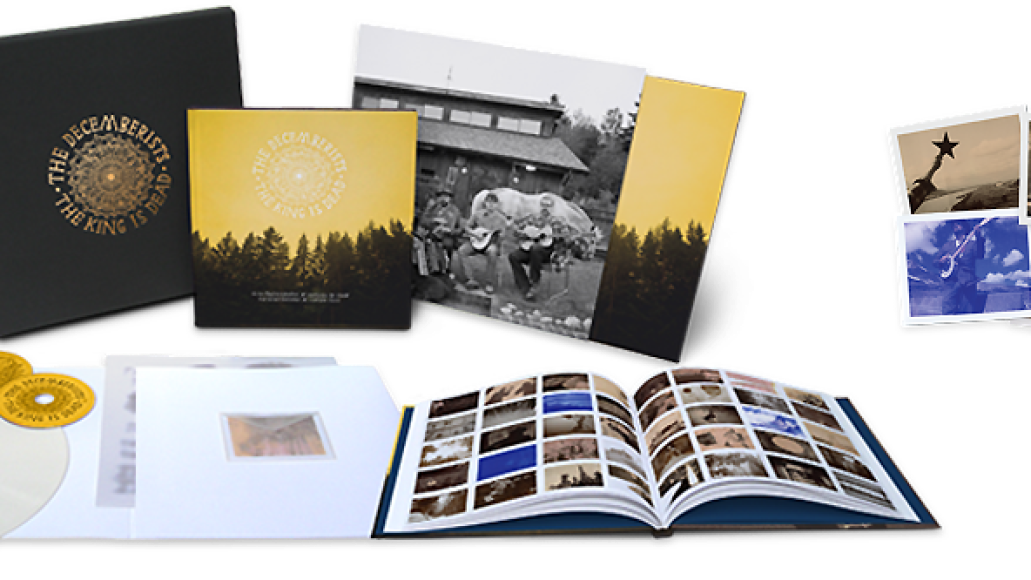 Box sets, though impressive musical releases that offer the listener a bounty of sonics from their most beloved artist, are a dime a dozen. Filled with the actual album and outtakes and bonus stuff, it’s hard to tell one 124-page booklet from the next. But when it comes to the newly unveiled box set for their upcoming sixth album, The King Is Dead, The Decemberists are offering fans something new: one-of-a-kind photos. What, no commemorative guitar picks?

Courtesy of photographer Autumn de Wilde, each of the 2,500 limited edition box sets will come sporting a unique Polaroid photo capturing a scene from the album’s recording sessions. According to an issued press release, de Wilde’s work was made possible by The Impossible Project, who provided her with the vintage Type 100 “peel-apart” Polaroid film necessary to capture the 2,500 individual photos that were taken during the sessions at Pendarvis Farm outside of Portland, Oregon, and in de Wilde’s hometown of Los Angeles, California.

Of course, the set will also come with the standard box set amenities, including the CD itself, a 180-gram white vinyl with exclusive cover, a 72-page hardcover booklet with 250 more photos from de Wilde, and a 30-minute making of DVD by Aaron Rose entitled Pendarvia.

Pre-orders are available now at the band’s official site. The King Is Dead hits stores January 18th via Capitol Records. Also, check out the band on tour starting this January.

The Decemberists announce The King Is Dead box set