After touring for much of the last couple years, it looked like The Duke Spirit was ready for a long break in the studio. Now as we approach the end of the year, it turns out we were half right. They did take a break and head into the studio. It just wasn’t for very long. But after seeing them try out new material at Santos Party House along with a few old favorites, all that can be said is “Thank God for that.” The Duke Spirit put on a show of ferocious energy that left ears ringing and bodies shaking. It was the type of show that you left feeling great about, no matter what your expectations were.

The Rassle kicked things off, opening with a set of rocking tunes that had an ethereal tone to them. Singer Blair Van Nort danced around the stage from the first note to the last, pausing only to grasp onto the mic stand. To his side, his brother Reed ripped through song after song on guitar, making sure every note rang out over the crowd. It was a tight set that got the incoming audience’s attention, but a bad mix put a dent in their show. Due to the vast amounts of echo and high-pitched guitars, the vocals just weren’t able to find their way out of the noisy mess. Instead, they became lost underneath waves of reverb. A better PA would make all the difference for this group. Once The Rassle departed, the crowd gathered around the stage in the now packed venue, waiting patiently for the band of the hour to arrive. Then they waited some more…and some more…and watched a drum tech spend 20 minutes trying to get a good microphone before telling the band to come on. After this display, maybe it’s not the opening band that needs a better sound system. Santos certainly wasn’t shining in the audio department that day.

Once The Duke Spirit finally started their set with “Lassoo” off of 2008’s Neptune, any thought of the long wait instantly vanished. The band was in top form, slamming through each song of their 16-song set with a combination of precision and hunger. This band was clearly excited to be back on the road, showing off what they’d come up with. It’s no surprise then that the new songs are some of their best yet. “Everybody’s Under Your Spell” is a perfect example of how strong their upcoming material is. Luke Ford’s bluesy guitar pulls you along into a shout-out chorus supported by Olly Betts’ driving beats. Old hits like “The Step and the Walk” and “Lion Rip” rounded out the show nicely, working well with the unfamiliar tracks. 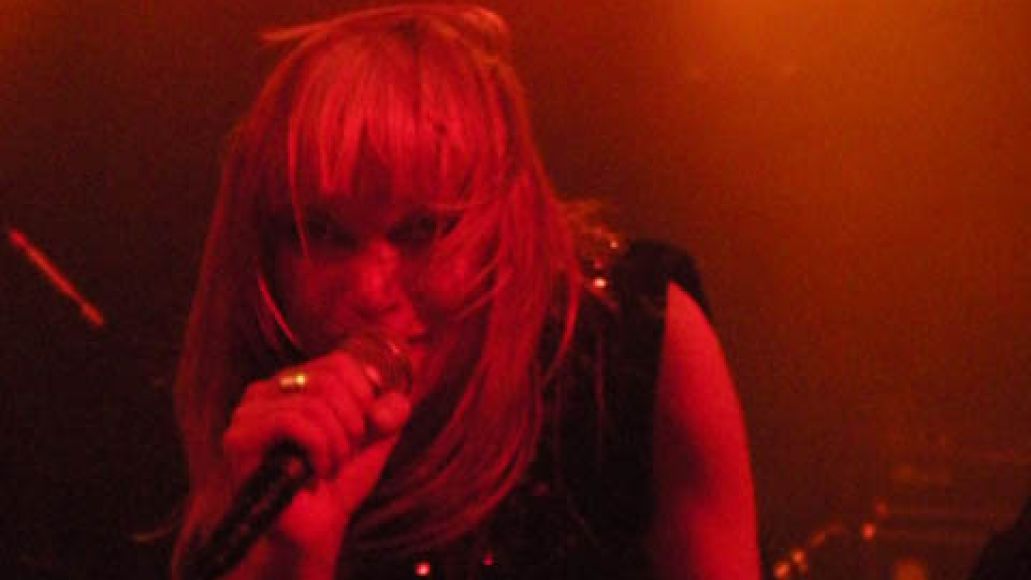 But if there’s one reason why The Duke Spirit shines above other indie bands from London, it can be boiled down to two words: Liela Moss. The singer is one of the most naturally talented frontwomen of this generation. Throughout the show, she did it all. Her vocals ranged from slow and sultry to intensely epic. When she belts out a note, it sends a charge through the crowd. Not only is she on top of her game singing-wise, but she also knows how to play a crowd. She used everything on the stage to her advantage. Tambourines, maracas, and her mic stand became more than just instruments. She turned them into dance partners. The limits of the small stage became a non-issue as she made sure to spend some time on every inch of it. Plus, she plays a pretty mean harmonica, too.

By the end of the show, there was only one question in my mind. Why isn’t this band playing bigger venues yet? The display I saw should have been at a venue three times the size of Santos Party House. While it doesn’t look like The Duke Spirit is there yet, the concert they put on in downtown Manhattan makes me think that it won’t be long before they rise to the top of the indie heap.