Upon an old VHS tape box, there read A Lesson In Computer Animation. Easily no more than a half-hour long, it was comprised of short demos showing off things like walk cycles using 3-D penguins, shadows on pineapples, the video corresponding to Dire Straits’ “Money For Nothing”, and an early Pixar creation involving a bee and some crazy looking dork with funny eyes. We know our extent of computer tech has extended well beyond this scattered educational tape from the ’80s. Though CGI was still a new thing, we all remember Tron.

The 1982 film Tron was a technical marvel in its heyday — a concept piece, one utilizing then-innovative strides in computer animation that had been shopped around but never taken seriously up until Disney’s involvement. This is the beginning of a story that everyone knows pretty well, assuming you haven’t lived under a rock the past 40 years. On a more presently relevant note, Tron is a tech-geek and animator’s whetstone movie that later electronic duo Daft Punk has incorporated within multiple facets of the act’s very elusive persona. In fact, in case you haven’t heard, Daft Punk is currently credited for the score to Tron‘s long-overdue sequel, Tron: Legacy. Daft Punk is relatively easy to pinpoint in terms of direction here, so what tale does the original 1982 score tell about its own creation? Answer: Conflict, radical mediums, state-of-the-art inventions, and a name whose correct pronunciation tends to taunt electronic music noobs.

The late Dr. Robert Moog was a pioneer in many respects, a man behind elements of electronic music that changed the entire playing field drastically. Before Dr. Moog’s hand entered the fledgling game of electronic tools in music, the idea of modular decks and keyboard interfaces were not heavily researched let alone commonplace as is the case today. The early ’60s presented an entirely new array of means in producing music, including the figurehead of Moog’s burgeoning empire, the Moog synthesizer. Moog’s synthesizer design introduced experimental music that surpassed ideas set forth by devices like the Mellotron, allowing for more advanced manipulation of electronic sound; unfortunately, during its birth, the Moog synth was thought of as a bit of a novelty. 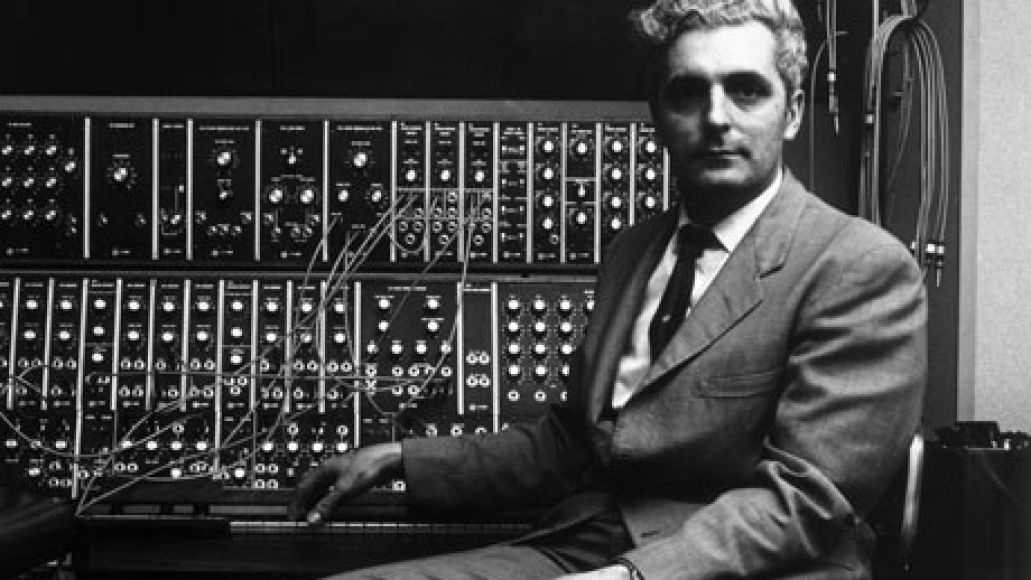 Over time, the Moog synthesizer and its future began moving past strictly ideological curiosity and into the mainstream. Bands such as The Beatles, Emerson Lake & Palmer, Pink Floyd, and even country singer Buck Owens bought into the wave. This is where Wendy (then Walter) Carlos comes in. Walter Carlos was a close friend and partner of Dr. Moog during the development process of his original synthesizer, offering input that would help the tool to thrive. As the first to directly purchase one of the commercially available synthesizers, Walter Carlos began his journey into electronic music arenas, including his landmark album, the classical-meets-synth production, Switched-On Bach. 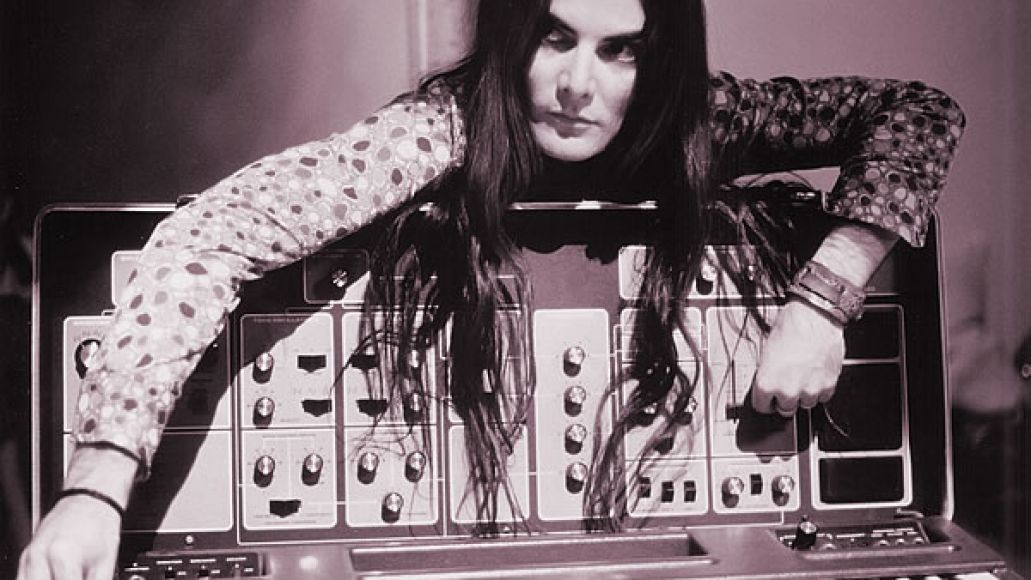 Now known as Wendy Carlos, the artist behind Moog’s revolutionary equipment was commissioned to craft the score to Disney’s upcoming theatrical release, Tron. As a movie set almost entirely in a world within a computer network, the effects and scenery had to correlate with the music and vice versa.

As anyone will tell you, Disney’s films during this era focused primarily on classical compositions performed by an orchestra; to this end, it is no surprise that Disney had little confidence in the idea of electronic music scoring an entire movie, a movie that was very avant-garde for its time. Put yourself in their shoes: The ’70s had burst with disco, electronic music was something of a pop culture thing, and you would not want to sacrifice the reputation of your film studio’s live instrumentation to what could just be a fad.

Disney’s pushing the London Philharmonic into associating with the Tron score left Wendy Carlos with less creative control, and keep in mind, this was not Carlos’ first movie project (A Clockwork Orange ring a bell?), and she was a well-respected individual in the world of music and invention at large. Sounding a bit like the stereotypical “Artistic License vs. Label Influence” scenarios we know and loathe today? Welcome to the big picture.

The plot of Tron is a series of juxtaposed notions: a family-friendly exploration of what people perceived as the inner workings of computers but also a tale of corporate takeovers and conspiracy theories; modern technology of the late ’70s and early ’80s and gaming arcades joining forces but also the destructive and tyrannical nature of the Master Control entity. With a platform like this — not to mention the stunning visuals produced (see: Light Cycles) — is it any wonder that a joint effort of orchestrated instruments and electronic-based sound that was not originally intended somehow winds up being the sonic weave within Tron?

The fact that Tron‘s score has such bouts of whimsical futuristic moments comes as no surprise for the most part. After all, this is for a Disney movie. On the flip side, while elements of the film, like the disc battles or the light cycle races, can steal the show with lights and fury, the music reflects a hyper mood while also catering to the then-burgeoning demographic of early electronic music aficionados with classical flourishes and bipolar tricks of alternating sound waves.

Tron‘s music can be a bit jarring and whimsical, particularly on tracks like “We’ve Got Company”, wherein the overall ominous vibe intended comes across as Wile E. Coyote catching up to the Roadrunner with a UFO; in alternate cases, “Theme From Tron” and “Wormhole” might be more like something from Close Encounters of the Third Kind or the cyclone scene from The Wizard of Oz. “Tron Scherzo” is a short, sweet taste of full-on synth that nods right to one underlying theme in Tron of video game popularity, while also constructing a dark turn toward Jeff Bridges’ transportation into the computer dimension.

Journey’s instrumental piece “1990’s Theme” feels like a Satriani-induced b-side to the Turtles in Time score; “The Light Sailer” and the extremely foreboding “Sea Of Simulation” use some of the best and most prominent synth momentum across the board, constantly dotting the audio landscape with sounds from Close Encounters yet again or old sci-fi flicks from the ’60s. Mainstream Journey track “Only Solutions” sticks out like a sore thumb compared to the work of Carlos and the Philharmonic; rock with piano and electric fringes does appear to be a logical selection, but its overall energy is less that of a score and more of a hit single strapped in for record sales. The good news? Tracks like “Ending Titles” and “Anthem” could rival anything, even the grip of Terminator 2‘s theme music or “The Lonely Man” from The Incredible Hulk, and could do it without twisting a transistor.

How does all of the chaos work coherently? I am inclined to believe it does not, and that is the beauty of it. Tron‘s score is strictly that — a score, a subtext highlighting the film of its namesake. Carlos and the Philharmonic played their roles to a “T” by bringing an expansive palette of sound to the table, and this occasionally inordinate, yet thoroughly streamlined, futuristic bombast works. “A New Tron And The MCP” is the ultimate example: It moves and jumps and crescendos like a pure classical piece, with surprise jolts reminiscent of Beethoven, while the electronic hums and pulses radiate inside it, the glowing bionic heart in an organic display of fiery life. 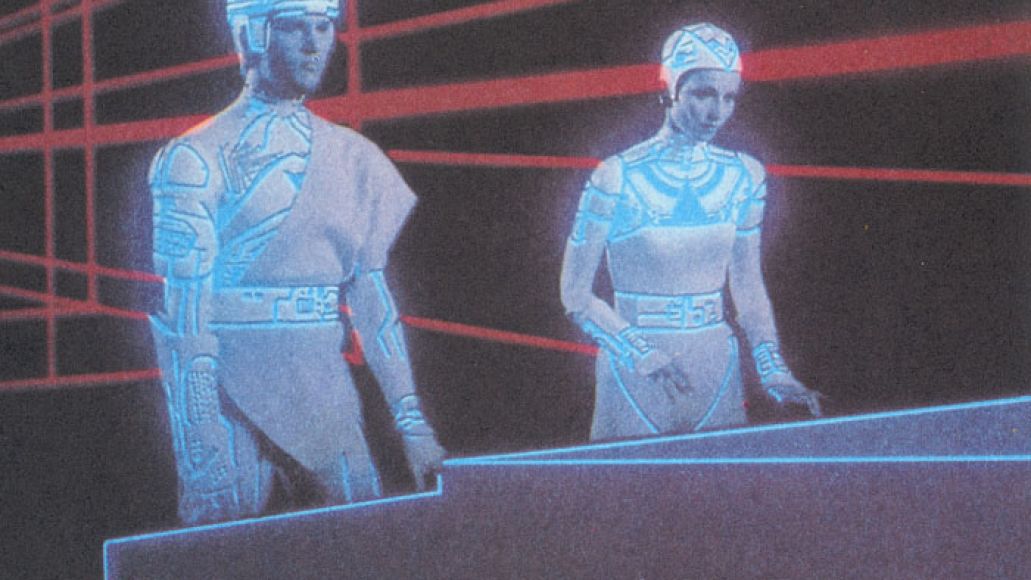 With a bit more perspective, the Tron score of 1982 initially begins to seem less like a soundtrack and more like one of those obscure, unfinished projects we might have never gotten to see because of album leaks, copyright issues, or the like. (Seriously, how does Chasing Amy not have a soundtrack?)  All in all, Wendy Carlos wound up rearranging and complementing the Philharmonic, building and tweaking until the final result became a score that, by all standards, seems perfectly compatible to the film it coexisted with. You could almost rave to this soundtrack in a neon-decorated ballroom, if one were so inclined.

Tron as a film is something to behold, but without the eventual cooperation of all parties listed above, without the epic Philharmonic or the genius of Moog and Carlos, Tron would simply have been a lot of pretty colors with a plot that appeases all demographics — on mute. I have no clue which of two paths Daft Punk will carry Tron: Legacy down; they could easily create a large techno awesomeness with glazes of homages to the original, or they could make it entirely their own and design a piece so great that it trumps Discovery. What I do know? This crossbreed of video game synths and classical music has the best advantage of anything during its own time and today’s.

It is the world’s first true emotionally capable bionic creature, ever evolving in our imaginations and hearts.

Dedicated to the late Robert Moog, Wendy Carlos, and the Moog Foundation. Moogfest 2011, here we come!