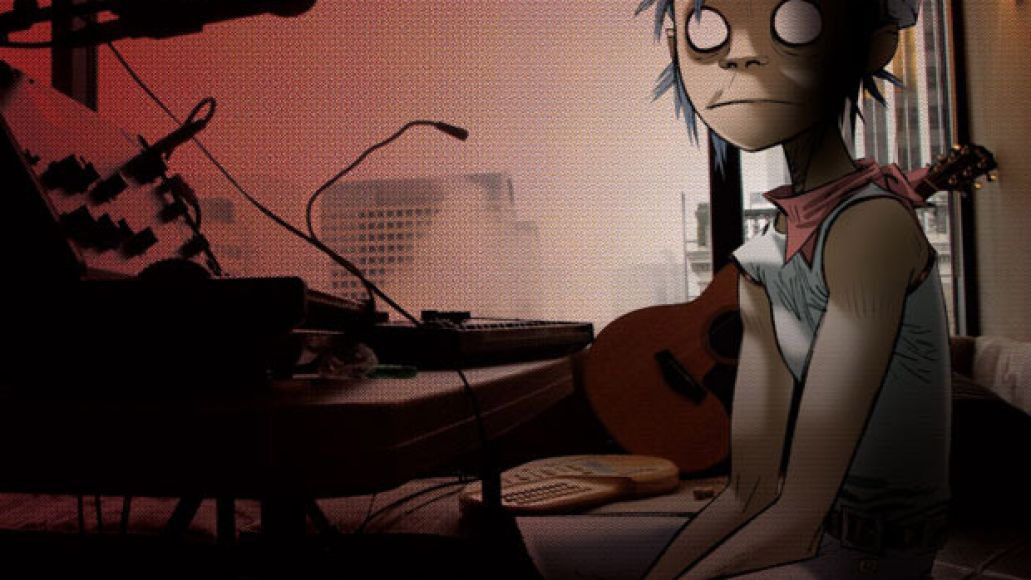 Merry Christmas! Here’s your promised gift from Damon Albarn — a stream and/or download (the latter is available to only fan club members) of Gorillaz‘s iPad-created album, The Fall. (You know, that same iPad your folks are getting you for Xmas but on which you’ll max out its use by playing Angry Birds HD.) Anyhow, the record is now available via gorillaz.com.

According to the band’s website, the record was written and performed by Gorillaz using the iPad and additional instruments: Korg Vocoder, Ukelele, Microkorg, Omnichord, Moog Voyager, Melodica, Guitar, Piano, and Korg Monotron. Recent collaborators Mick Jones and Paul Simonon add guitar and bass on two tracks, while Bobby Womack sings and plays guitar on track 13, “Bobby in Phoenix”. The entire record was recorded between Montreal and Vancouver over 32 days during Gorillaz’s 2010 North American Tour.