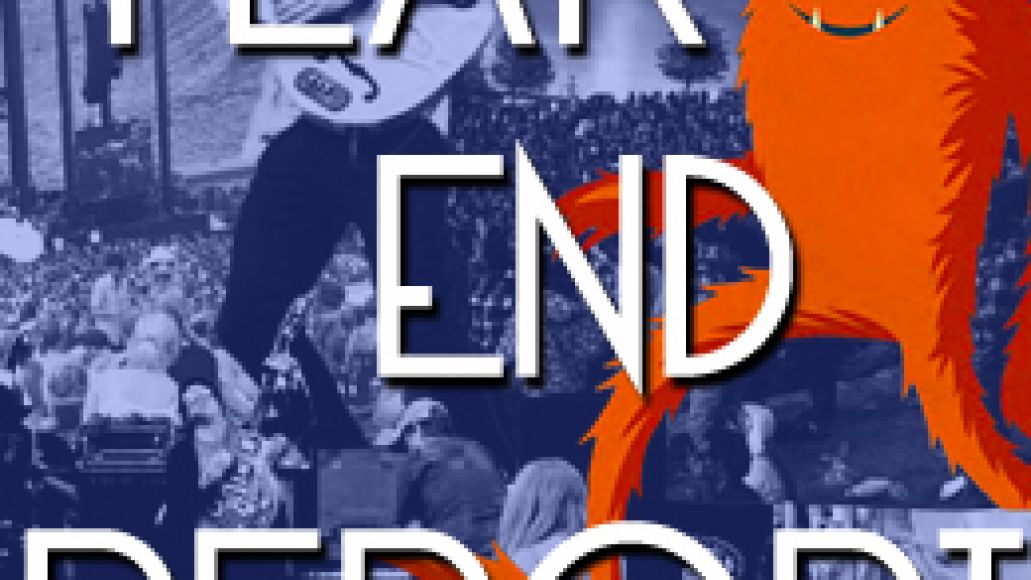 As most readers know, we are the place for festivals. In case you aren’t so informed as some, as Biggie said so profoundly years ago, “…if you don’t know, now you know, *expletive*.” Our Festival Outlook is leaps and bounds ahead of the curve and is something we at CoS pride ourselves in. It renders a valuable service to all its readers by keeping uber-current on the latest festival rumors, news, and lineups. In addition to maintaining the Festival Outlook, we attend a meaty number of those selfsame festivals and report back to you on how it all went down. CoS is an all-encompassing music website – from news to album/show reviews, ticket services/online stores to exclusive features galore – but if there is one thing we specialize in, it’s music festivals.

In that light, I feel we are no longer playing the role of the backseat driving critics; we’ve advanced to the man behind the wheel. Not only do we religiously collect and report data about these festivals, but we actually attend them in the flesh. So we’d like to give ourselves a little credit, if you wouldn’t mind.

All that said, it’s time we announce 2010’s festival of the year. At the end of last year, we went with big hitting, all-night free love fest Bonnaroo as festival of the decade. But we decided to go a little smaller this year, with all due respect to the other candidates, giving the award to Sasquatch! Music Festival.

Held at what literally feels like the edge of the earth in the middle of central Washington (Quincy, WA’s mind boggling The Gorge Amphitheater, to be exact), Sasquatch has been gaining more and more national attention since its inception back in 2002. This is due in part to its beautiful location, friendly atmosphere, and rock solid top to bottom lineups, but also to the pure knowhow/belief of festival founder Adam Zacks, who we interviewed not too far back. 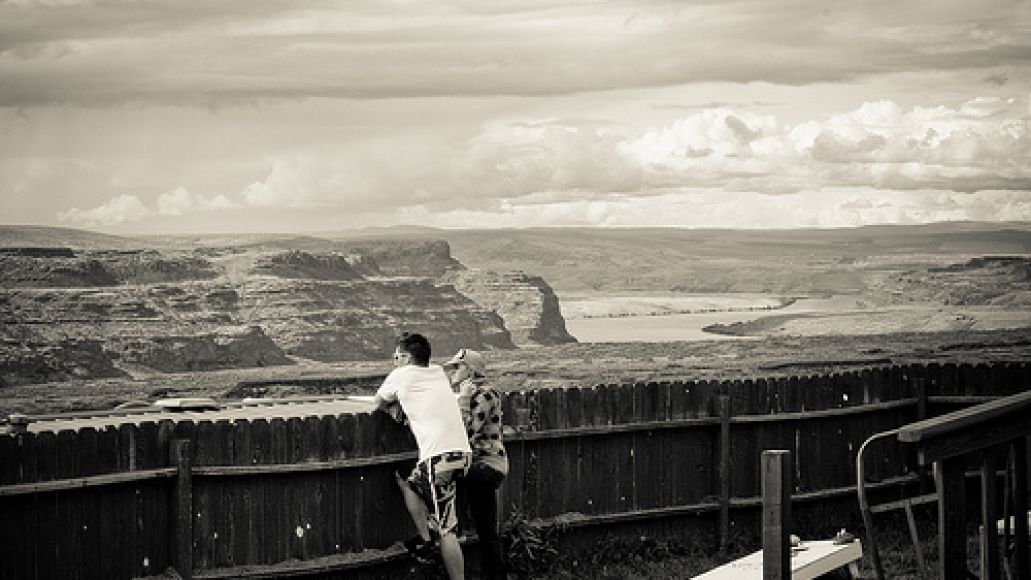 Starting small, Zacks began the festival “on a hunch that there was untapped demand for a certain kind of festival that catered to the eclectic tastes of music enthusiasts.” He was all too right. And he wasn’t the only one. Perry Farrell revived Lollapalooza a year later, Coachella and Bonnaroo began a year prior, and Austin City Limits launched the very same year. But, despite being birthed near the same time and under the same pretense as the other four, Sasquatch! has remained relatively small in comparison.

But that is the very attribute that makes them 2010’s Best Festival recipient. Sure, you could be wowed with big names such as Jay-Z, Gorillaz, Muse, Kings of Leon, Dave Matthews Band, Lady Gaga, Green Day, Soundgarden, Phish, or The Eagles (all 2010 headlining acts of the big four), but you’re going to get what you paid for. Big names and big numbers make for less room in the sub-headlining, mid-tier, and lower-tier acts. It also gives those smaller acts smaller set times, which can often be a let-down. This is where Sasquatch! has flourished over the years, and ultimately remained true to its initial eclectic catering. In picking relatively low-key headliners (this year’s being My Morning Jacket, Massive Attack, and Ween), they not only give bands that usually sub-headline the interesting chance to play a two hour headlining set (Two straight hours of My Morning Jacket mayhem? Yes, please.), but also make a lot of room to pack the rest of the lineup to the brim with smaller talented acts. 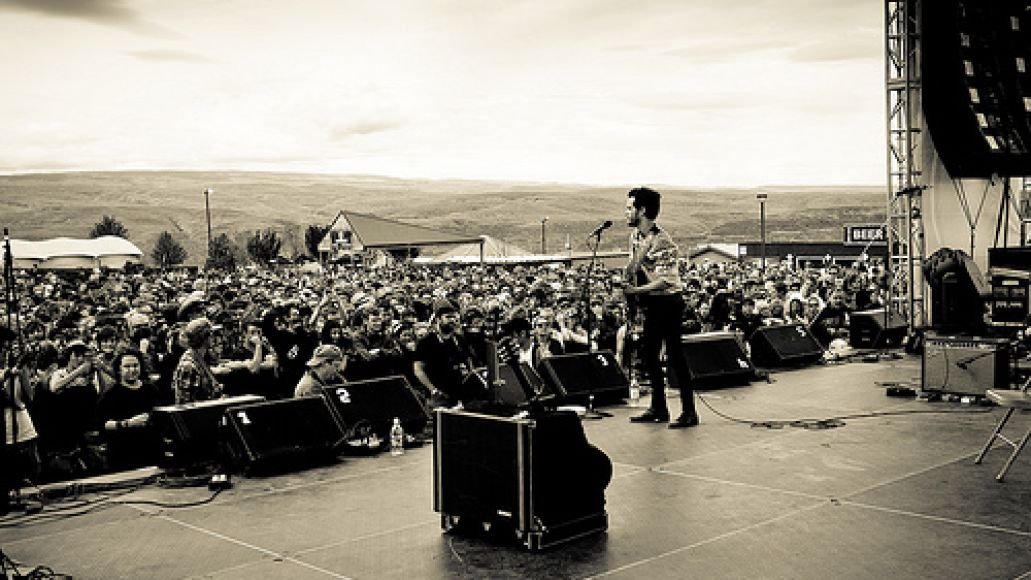 As far as mid-tier acts go, no festival chose better than Sasquatch!. With a sub-heading lineup that included longer sets from LCD Soundsystem, The National, Pavement, Broken Social Scene, Deadmau5, Vampire Weekend, MGMT, Band of Horses, Tegan & Sara, and She & Him, and a lower-tier lineup that packed in acts such as The New Pornographers, The xx, No Age, Dirty Projectors, Kid Cudi, Public Enemy, The Tallest Man On Earth, Caribou, Local Natives, Cymbals Eat Guitars, Neon Indian, Boyz Noise, and Avi Buffalo, it was hard to decide which stage to sprint to next.

Furthermore, the larger the acts, the larger the crowds. To put things in perspective, Coachella clocked in this year with 75,000 attendees, ACL with just under 70,000, Bonnaroo  at 80,000, and Lollapalooza  at a whopping 225,000, while Sasquatch! Music Festival remained below 50,000, making for a very united community. This sense of comradery is only made stronger by the fact that most of those 50,000 are camping right alongside you, as the nearest major city is nearly an hour away. So those individuals that come aren’t the day-tripping townies that you get in Austin, Chicago, or Indio, but people who have traveled enormous distances to be a part of something fantastic. For those doubting the fact that lasting friendships can be formed with complete strangers at the end of the world, watch this young man start a massive dance party at Santigold’s 2009 performance, or these people, who take friendship to a whole new level by making love on the tallest tier at The Gorge to the sounds of The Decemberists and the cheers of the crowd(video not intended for young eyes). 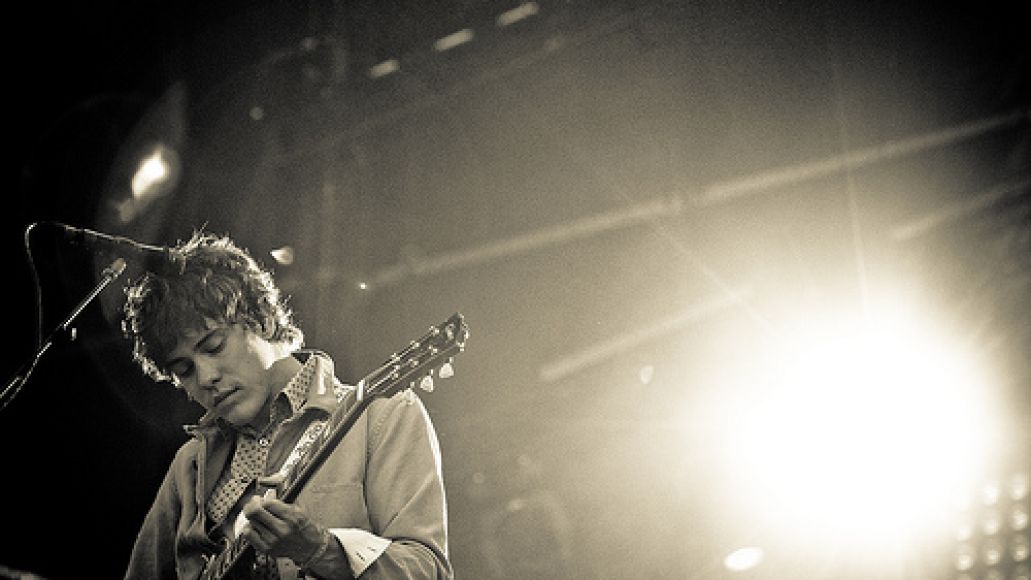 The unification of the audiences is superb, and the smaller crowd also subtracts from the sense of claustrophobia one might encounter at, say, Austin City Limits, where it took literally 20 minutes of swimming through people and lawn chairs to get from one end of the park to the other. Sasquatch, built on three stages strategically placed around The Gorge’s main stage, is less crowded and extremely maneuverable. Better still is the fact that everyone is here for the same reason, and as such are supremely friendly on the whole. It isn’t as cutthroat as Coachella, where I was terrified that I might get shanked in the kidney for stepping on someone’s new Toms.

Zacks and the rest of the people behind the scenes at Sasquatch! Music Festival have successfully created an atmosphere where individuals can come to celebrate the music they love, but do so in relative comfort, sans the usual hassle of big cities, traffic, and gigantic crowds. They are looking to expand in the future (as indicated by their recent extension to a four-day fiesta), but I have no doubt that the institution will stay true to itself, as that’s what they’ve done best for a decade now.

Tickets for 2011’s installment are already on sale at the insanely low price of $285 dollars, which includes both the four day pass in addition to a camping pass. There is only one confirmed act, with Foo Fighters headlining the first night, but you can keep up with the latest rumors here. As of now, the viable rumors include Matt & Kim, Twin Shadow, Foster The People, and what could be Wolf Parade’s very last show…ever.

However the lineup turns out, you can bet that they will put on yet another incredible weekend, and you can bet even more readily that CoS will be there to cover, as that’s what we love to do.

LCD Soundsystem – “All My Friends”