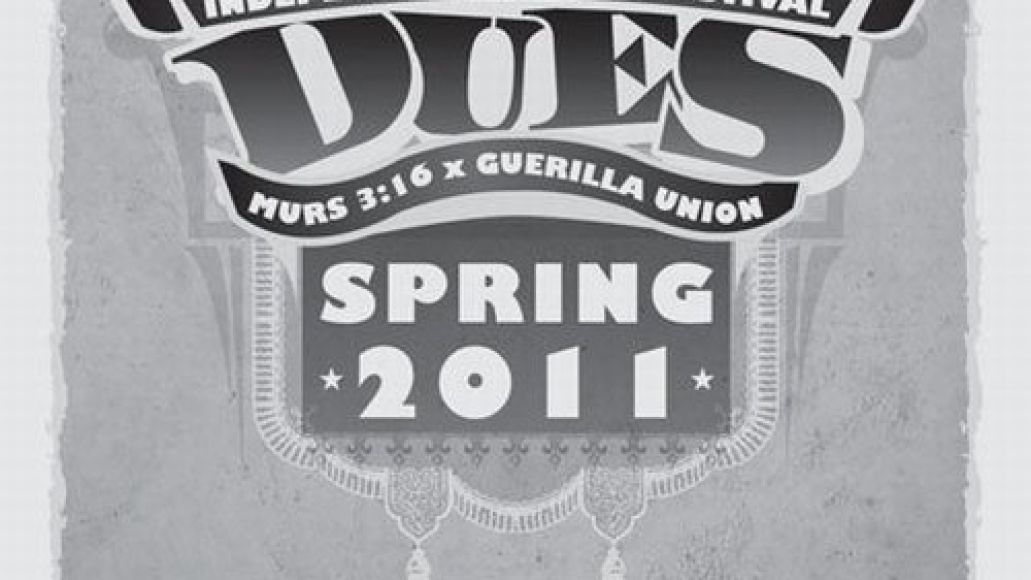 While a lot of us are busy figuring the odds for Coachella 2011, we shouldn’t sleep on another festival happening in California: the 6th annual Paid Dues Festival. Organized by rapper Murs & Guerilla Union, the festival goes down April 2nd at San Bernadino, CA’s Nos Events Center. The official lineup hasn’t been revealed yet, but Murs along with Immortal Technique and a reunited Black Star (Mos Def & Talib Kweli) have been confirmed as three headliners (via okayplayer). A Guerrilla Union pre-sale begins Friday, December 10th via Ticketfly, with a public on-sale to follow on December 11th.