Chicago’s Empty Bottle features free concerts every Monday night, which is usually an amazing way to check out local and up-and-coming talent without having to feel anxious about plunking down hard-earned cash on bands you’re not super familiar with. This month’s schedule included the NPR-name dropped Buke and Gass, the echo-heavy New Wave-iness of locals Golden Birthday, as well as the Chicago-based, dronetastic Sadhu Sadhu. The Monday show I most closely had my eye on, though, was this one. I’ve been excited about the material Sybris has put out for a couple of years now, and as news of a new album swirls, it felt like perfect timing for another live set by the hometown-hero, indie alternative rockers.

After trudging through some Chicago snow and slush, I was saddened to see that I’d just missed an opening set by Secret Colours. The rolling, fuzzy, psych-pop on their MySpace seemed to promise a good set, and I was sorry to have missed it. Inter-set music was provided by Che Arthur on guitar and loopstation, leaving droning layers of Swans-y reverb to hang over the crowd. Apteka entered next, complete with a highly-effective video projection system. The psych-rock foursome were dressed mostly in black, and carried an air of serious rock professionalism about them. Their bass-heavy, echoed, distorted riff-rock did everything precisely and right, somehow. There were points in which songs bled into each other, their riffs and dynamic structures feeling too similar, but they clearly knew what they were doing and the crowd appreciated it accordingly. After a tight, heavily structured set, vocalist/guitarist Adam Lukas announced their last song, “and then it’s the Syb.” 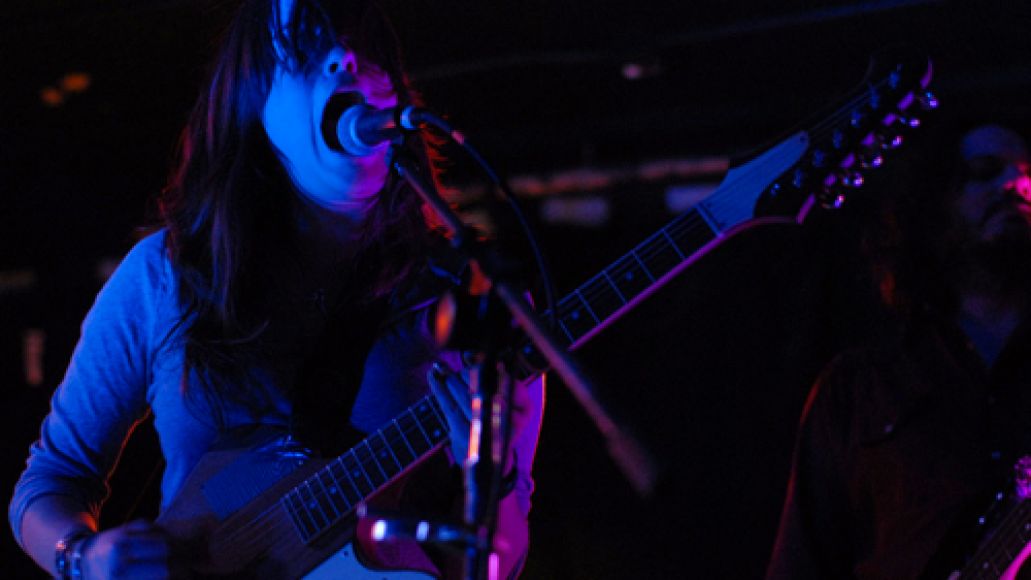 After a couple of rapid-fire, quick rock shots across the bow,  it was clear that the group was in top form. Vocalist Angela Mullenhour’s powerful, aching vocals took top billing, but guitarist Phil Naumann’s aggressive, angular chopping, Shaun Podgurski’s  stomping bass (and starkly hilarious banter), and unfortunately departing drummer Eric Mahle’s thunderous time-keeping all took the cake at their own moments. “I need those sea witch vocals,” Mullenhour mellowed, before cutting into one of the better tracks of the night, a moody, bubbling track I wasn’t familiar with. The blue lights cast on the stage, the lyrics about how “we sink…at the bottom of the ocean” were evocative, gripping. The moments when Mullenhour’s howl matched the tone of Naumann’s guitar perfectly sent shivers through the room, and it wasn’t just the icy breeze sifting through the room.

“This is kind of a shit show,” Mullenhour added, grabbing at her head. “Not a shit show like ‘Euah, this is a shit show,” but my own personal shit show.” At this point, Podgurski announced that the next song was dedicated to the holiday season, before pushing into a song called “Dead”. Lines like “I just wanna squeeze the air right outta your throat” and a chorus that included “I wanna be dead” played over a bouncy, light swing jam. Later, Into the Trees gems like “Burnout Babies” and “Something About a Dark Horse or Whatever” tipped the crowd’s excitement over an edge, heads bobbing and howls emitting from throughout the room. “Oh Man” closed the set, dedicated to Mahle’s five great years with the band. 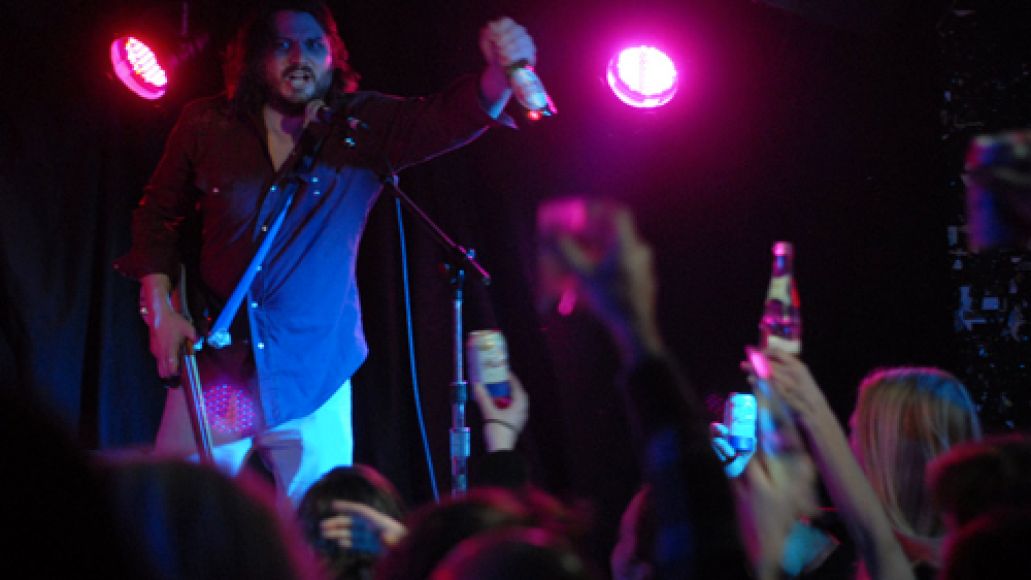 The group left the stage to thunderous applause, leaving feedback blaring behind them. The encore of “The Best Day in History in Ever” roared with an extra ounce of power, culminating in a chaotic, dramatic feedback war as Mahle rapped out a rhythm. The three guitarists held their instruments up against his cymbals, leaving the exiting drummer to provide all the noise. By the end of everything, Naumann had tossed his guitar from over his head, Mahle had spent an extra few minutes drumming, and everyone left satisfied.
——

Sybris rock the ice off of Chicago's Empty Bottle (12/13)