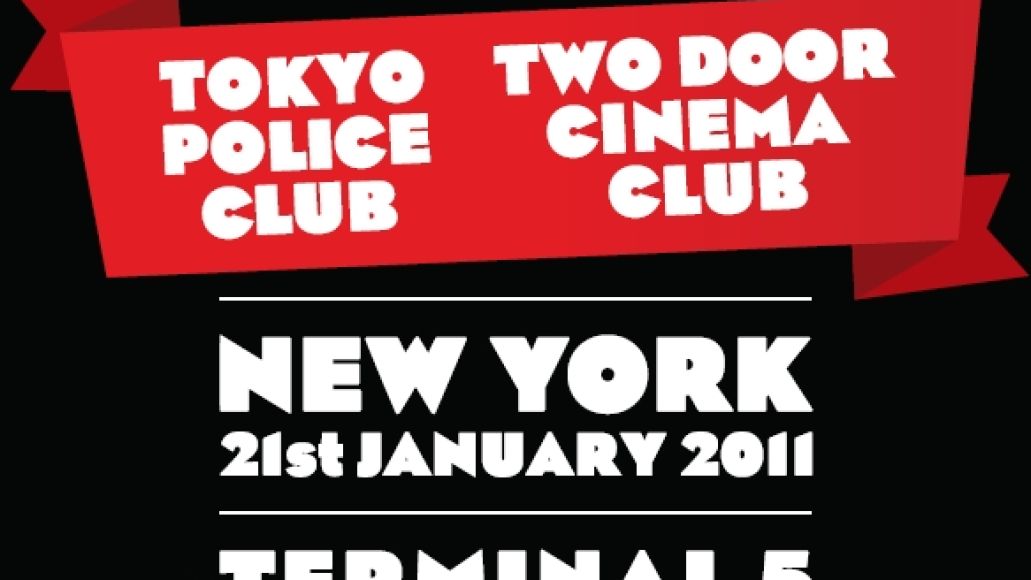 Last month, we compared the tour pairing of Tokyo Police Club and Two Door Cinema Club to the gargantuan combo of NKOTBSB. With the addition of Someone Still Loves You Boris Yeltsin, we’re even more assured that that the former tour is going to blow fans away (as opposed to the latter, which will disintegrate every female attendant instantly.) Don’t believe the hype? Then check out the trio on stage during the Last.fm Festival show at Terminal 5 in New York City on January 21st; on us, of course. To enter for your chance to win a pair of tickets:

We’ll announce the winner of the pair of tickets on January 17th. For those interested in buying tickets instead, you can head here.