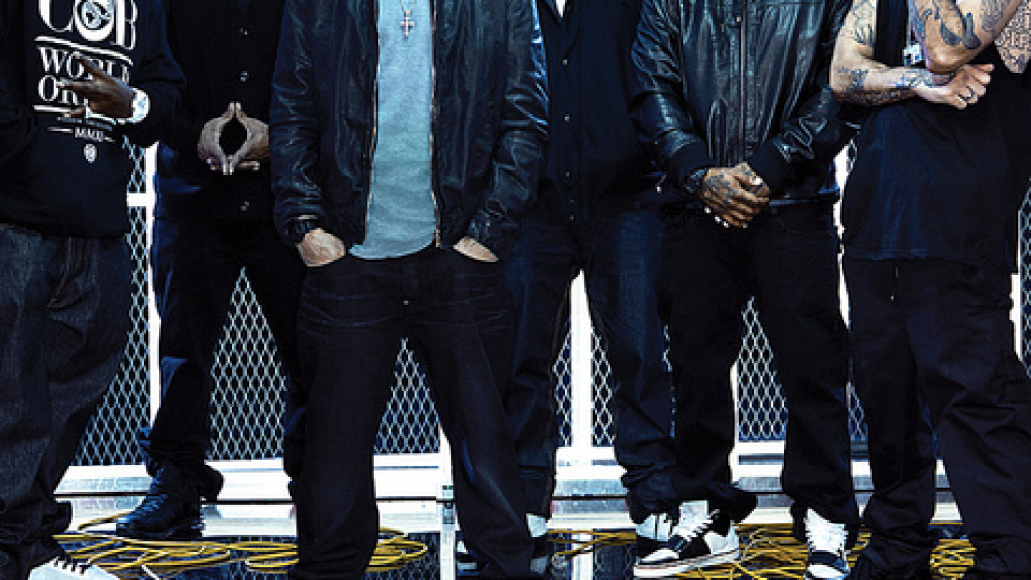 Jay-Z, Kanye, and Eminem may be frequent collaborators behind the mic, but they’re also businessmen. Along with burger and chicken shacks, all three rappers run their own labels and all three have scored some serious additions to their respective imprints. Jay-Z’s Roc Nation recently scooped up Willow Smith and Jay Electronica and Kanye’s G.O.O.D. Music added Mos Def and Clipse’s Pusha T within the last 12 month. Now comes words of Eminem’s counter punch in the form of two high profile signings, as both talented MC Yelawolf and hip hop super group Slaughterhouse now call Mathers’ Shady Records their home.

“Yelawolf and Slaughterhouse, it’s kinda phase two of Shady,” said Eminem in an issued statement. “It’s the new generation of Shady Records and as we’re trying to rebuild our label, it’s exciting for hip-hop and with all of these forces coming together and with what everybody’s capable of on the mic, it’s gonna be fun.”

Of the two signings, Slaughterhouse had long been rumored, especially after Eminem guested on several of their tracks. Featuring Crooked I, Joe Budden, Joell Ortiz and Royce da 5’9, the group was recently featured on “Session One”, a bonus track on Eminem’s 2010 Recovery (stream below). Eminem is also expected to be involved in Slaughterhouse’s sophomore album scheduled for release in 2011, according to an issued statement.

As for Mr. West’s G.O.O.D. Music, a rumor popped up over the week suggesting that celebrated rapper Nas had signed with West’s label. While confirmation is still forthcoming, MTV points to a recent interview in which Nas offers high praise for West as evidence that a signing could be near. “People like Kanye is brilliant, so when Kanye is out there doing his thing, he’s entertaining all audiences and he’s keeping it hip-hop at the same time. Nobody does that but him.” We’ll let you know what happens.