Confetti, obese balloons, and the Midwest’s bravest filled out the annual New Year’s scene at Milwaukee’s Riverside Theater last night. Whereas Spoon unwrapped a low-key party for 2010, Brooklyn’s The Hold Steady punched out a taut two-hour set that went hand in hand with the two-dollar PBR specials and Red Bull-sponsored festivities. Fans arrived shitfaced, only to stave off sobriety some more. But, it never felt too raucous or unappealing.

It’s hard to frown at a Hold Steady show. That’s just the truth. Whether or not you like the band doesn’t matter; they make sure you’re tapping those Chucks and/or swigging a beer with friends you’ve either just met or you’ve known for years. So, to place them on a night like New Year’s Eve just makes sense. They rock, you roll, the sound sizzles, you go home smiling. It’s a sure bet and one that a fair amount of the city of Milwaukee partook in — even if it didn’t sell out.

Starting out with “Constructive Summer” and segueing straight into “Hot Soft Light”, fans should have known then and there that they were in for a heavy night. A throaty, coughy Craig Finn gelled into his typical routine, spewing lyric after lyric as if he were tossing out insults. By now you’re well aware of his quirky style — why else would you be reading this? — so we’ll leave the specifics out of this. Nothing out of the ordinary here; however, seeing Finn in a suit and tie felt special. It also made songs like “Barfruit Blues” and “The Swish” that much more humorous. 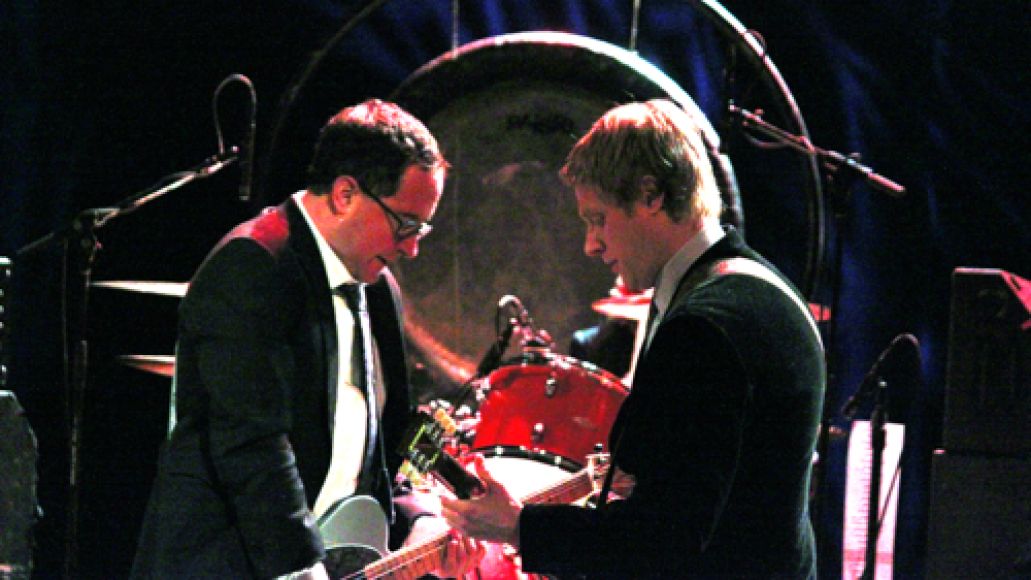 The set was punctuated with material off of the band’s latest offering, Heaven is Whenever. No complaints there. The songs, while rather subdued on record, spring to life onstage. Tad Kubler, whose stoic demeanor could rival the statuesque behavior of, say, Jimmy Page, adds more of an edge to the songs, especially weaker tracks like “Hurricane J” and “Rock Problems”. The way he plays against either Finn or guitarist Steve Selvidge may not be the most exciting thing to watch, but sonically it’s incredibly effective. Chords, riffs, and scales build quite an enviable environment to escape into. What’s more, the band really nailed the harmonies, something that’s been missing since Franz Nicolay’s departure. Songs like “Stay Positive” or “The Weekenders” really benefit from this. It’s a shame that it was keyboardist Dan Neustadt’s last night. It looks as if that’ll continue to be a rotating position. Regardless, what a night to go out on.

About 30 minutes from midnight, all the sloppy madness you’d expect from a New Year’s rock show surfaced. In the pit area, hundreds of PBR cans — some empty, some still filled — spilled out onto the floor, creating one messy scene, complete with flailing limbs, airborne liquids, and trampled on New Year’s gear. It wasn’t chaotic; no, it was just a shade towards wild. Even Finn started partying hard. At one point, he shuffled so wildly that the microphone knocked off the stand. It was sort of funny, actually.

Before the proverbial ball dropped, Finn, Kubler, and Selvidge jammed out on an extended rendition of “Your Little Hoodrat Friend”, eventually leading to a countdown hosted by the frontman himself. Of course, following this, confetti rained down upon everyone, lovers embraced, hugs were shared, balloons gave birth to even more confetti (the sparkly kind), and “Auld Lang Syne” blasted from the PA. Watching the band celebrate was in itself unique, but what came after was the real joy. Not only did they churn out a fitting cover of Judas Priest’s “Living After Midnight”, but they played rare nugget “Ballad of the Midnight Hauler”.

“Normally at any given show we’d go off, you’d cheer, we’d come back and do the time-honored tradition of an encore,” Finn announced, tears of sweat scaling down his glasses. “But tonight, it’s 2011, and let’s not fucking lie to each other. We’re just going to keep on playing, because I’m having way too much fun up here.”

Finn led the band into “Southtown Girls”, plenty more cheap PBRs were had, and everyone sang in unison. Well, sort of. By then, it really had become a drunken mess. A few couples were sucking face mere feet from the center of the stage, while others were clinging to one another’s shoulders. One lucky guy celebrated the news that he’d just become someone’s uncle. (Kudos to him!) But, above all, everyone was happy. They weren’t alone.

“I wanna say something I’ve said a lot before,” Finn stuttered. He spoke with the tremor of a friend waist-deep in nostalgia, and about 12 drinks in, too. Charming and overtly honest. “But just because I’ve said it a bunch of times, doesn’t mean it’s not true. It’s very fucking true… I’m just going to come out and say it… There is so much joy in what we do up here.” 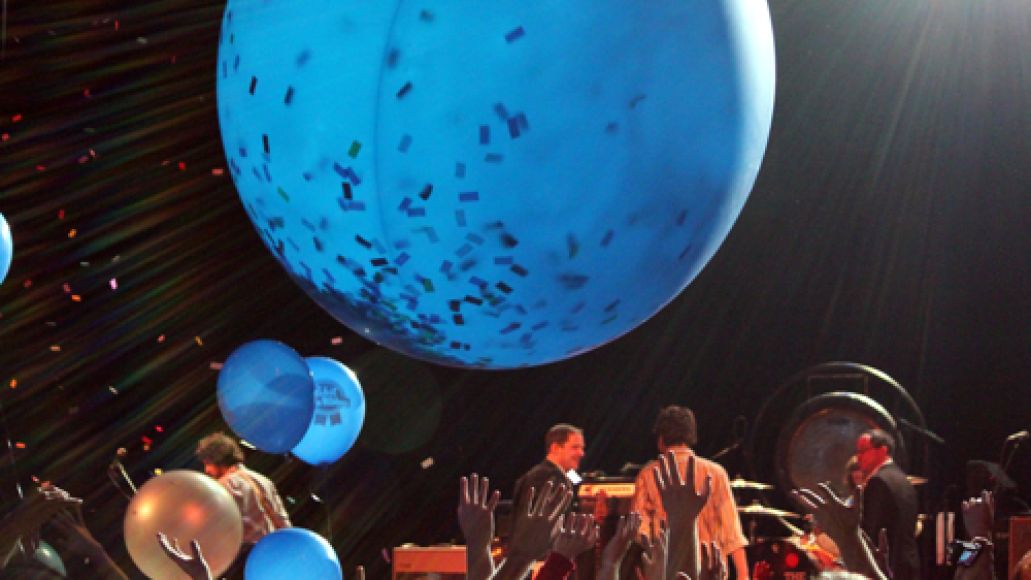 Again, it’s expected, but never does it feel forced. Some might call it a charade, others might say it’s just as obligatory as the encore itself. But, that’s just unnecessary pessimism. When you’ve drunk as much as he had and you’ve let the rock ‘n’ roll course through your veins, it’s easy to jump for joy and holler back. Besides, how can you write off Finn’s enthusiasm?

Stepping up to the microphone one last time, Finn exclaimed, “You’re Milwaukee, we’re The Hold Steady, and we fucking love you.”

Judging from the resounding applause, and the dozens who remained glued to the stage following the show, the feeling’s mutual, pal.

Setlist:
Constructive Summer
Hot Soft Light
You Gotta Dance (With Who You Came To The Dance With)
Hurricane J
Barfruit Blues
Rock Problems
Magazines
The Sweet Part of the City
Sequestered in Memphis
Girls Like Status
Stuck Between Stations
The Swish
You Can Make Him Like You
Stay Positive
Your Little Hoodrat Friend
Living After Midnight (Judas Priest cover)
Ballad of the Midnight Hauler
Massive Nights
First Night
Chips Ahoy!
Encore:
Southtown Girls
The Weekenders
Killer Parties
——