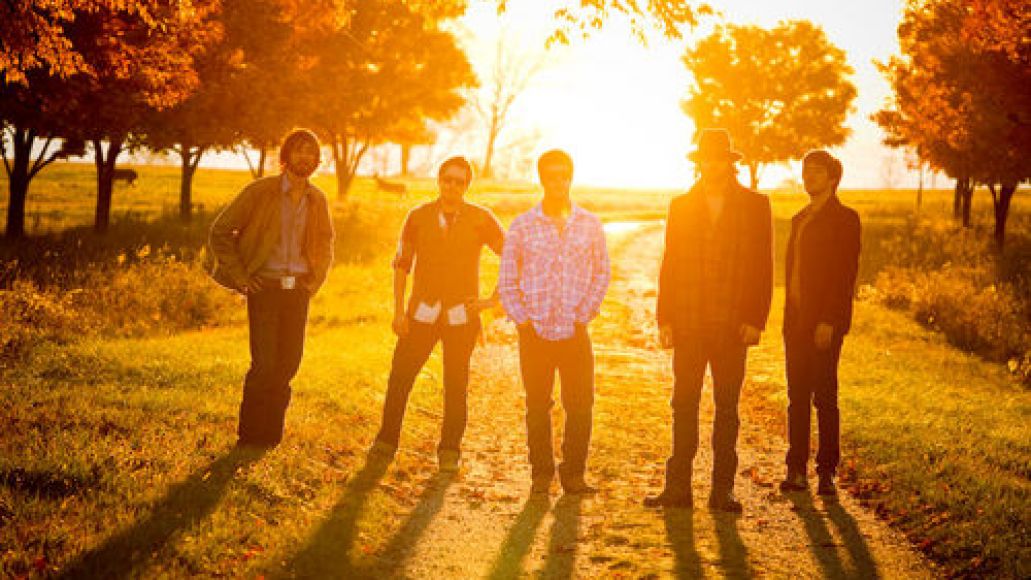 Nothing says ‘a tour’ like a found space performance. Whether it’s an echoey stairwell, or a dampening elevator, it’s always a good call to seek out a place with some outlying acoustics. Goshen, Vermont’s very own Chamberlin sought out the St. Louis World’s Fair Pavilion while on the road earlier this month to give those old concrete walls something to smile about. Listen to the overtones flow as these five guys perform “Sixty Days”, a track from their forthcoming debut album Bitter Blood, due out March 1st. While on tour with Grace Potter and the Noctournals, Potter dropped a little quote saying they’re “a band to watch out for.” So if you’re a fan of that solitary but collective Northwoods sound, Chamberlin will be on your radar for a good time to come.

Check out their video over at Cluster 1, and as an added bonus, grab the track “Dust” from Bitter Blood below.