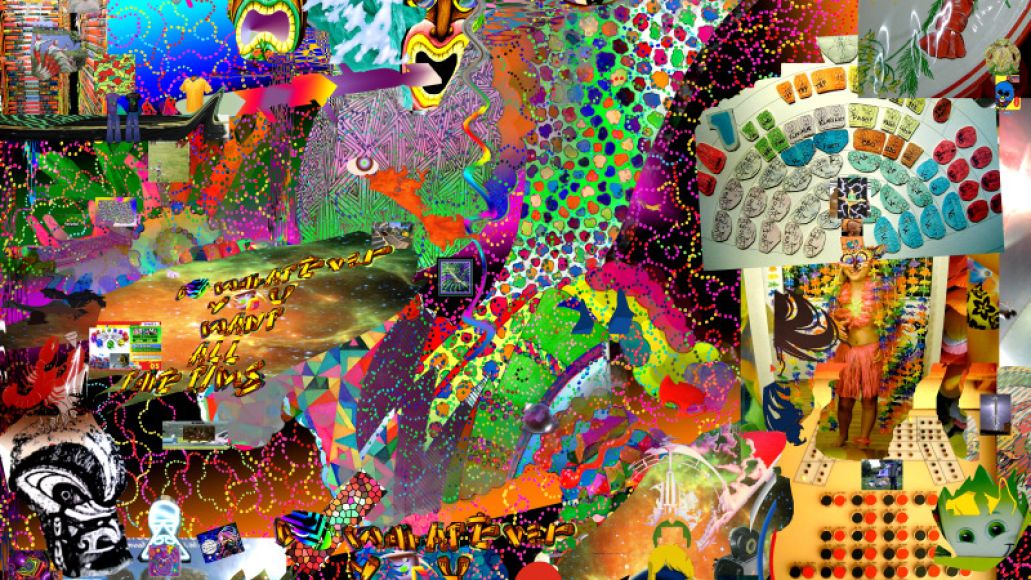 Last year, Ponytail founder Dustin Wang announced that the band was disbanding, noting “if by chance the scattered happens to gather again, it would be another interesting experiment.” However, it appears that the Baltimore art rockers have had a change of heart as they’ve just announced the April 12th release of their third full length, Do Whatever You Want All the Time. Produced by J. Robbins, the seven-track effort is billed as “most sophisticated recording to date…and yes, it’ll still make you smile.” Eye of the Japanese rock band Bordeoms designed the album’s artwork, which you can see posted above. Tracklist is below.

Do Whatever You Want All The Time Tracklist:
01. Easy Peasy
02. Flabbermouse
03. Honey Touches
04. Beyondersville//Flight of Fancy
05. AwayWay
06. Tush
07. Music Tunes

Ponytail ready new album, Do Whatever You Want All the Time